At least it's not Daniel Cleaver's. 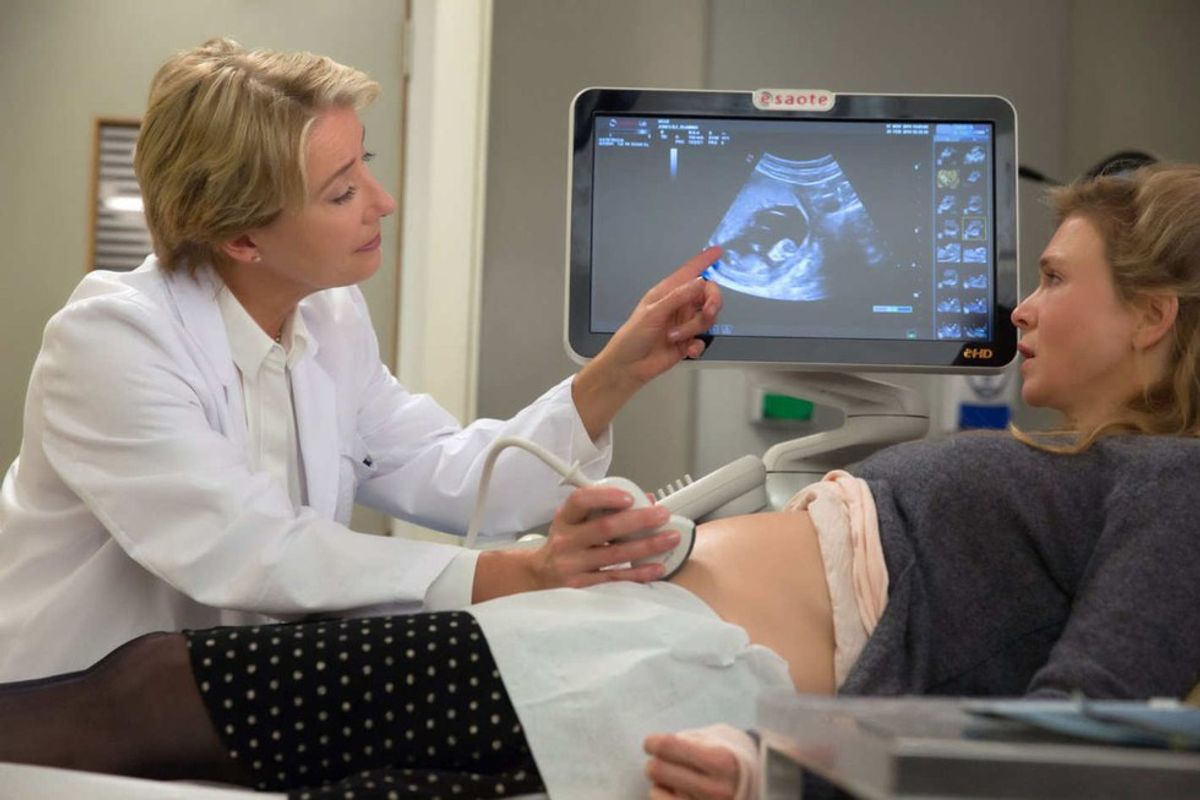 To preface, “Bridget Jones’s Diary” is one of my favorite movies. I watch it when I’ve had a bad day, when I need a few laughs, or when I feel the need for some Colin Firth. I’ve seen it many, many times. The acting is great, the comedy is on point, and Bridget is a complex, interesting character. So, obviously, when I heard that they were coming out with another sequel fifteen years later, I had to go see it with my mother (who loved the movie long before I was old enough to understand that shagging does not always involve carpets).

In a word, “Bridget Jones’s Baby” is delightful. Renee Zellweger is brilliant, as per usual. Honestly, seeing Zellweger give interviews is quite jarring for me, because she is so masterful in her creation of Bridget the Character that it is as if another person is borrowing Bridget’s face. It’s fantastic. Of course, the other actors did a wonderful job as well. Colin Firth, for example, is the correct combination of dreamy and frustrating. He is excellent at showing you what Mark Darcy is feeling, even as Darcy is unable to express it himself. On the other hand, Patrick Dempsey is an odd addition, given the fact that he is American and very…McDreamy. However, he is as spot-on a choice as ever in the role of the perfect man and he and Zellweger have undeniable chemistry.

(Speaking of chemistry—Dempsey and Firth have it, too. Hearing Jack call Mark his “teacup” has brightened my life considerably.)

I also approve of the modernization, especially as it pokes fun at my generation (her new boss is a “Hitler Cat” loving millennial with an army of hipster-bearded men). Bridget raps and dances to “Gangnam Style” in very Bridget ways. She also goes to a music festival, falls in the mud, gets very drunk, and crowd surfs. In sort, she is Bridget as Bridget would be in 2016.

That said, there are a few drawbacks.

To begin, it irritates me that Bridget is thin. I mean, they play it off well and Zellweger should not have to gain weight if she does not want to, but I really like that Bridget is an “in-betweener.” (Someone who is not obese, but “overweight” all the same.) I feel that is part of what makes her a realistic character, when you factor in her lifestyle. In-betweeners are in an interesting weight shaming position. When compared to the thin, they are “fat” and should lose weight. When compared to the obese, they are “thin” and shouldn’t complain about their weight. Of course, in the society we live, in-betweeners are more likely to believe they need to lose weight, like Bridget.

I am also peeved that Patrick Dempsey did not have a bigger role. I want another half hour of movie to develop Bridget’s relationship with Jack. I want to see more evidence of a real connection. I want Dempsey to have to work a bit more for his paycheck. As it is, Jack feels like more of a cardboard placeholder for Daniel Cleaver than a fleshed out character. It would have a stronger narrative arc, a tighter focus, and a better sense of suspense if the audience was allowed to know Jack.

Otherwise, this film captured the magic of the first and generally saddened me that the image of Bridget walking off, a baby on her hip and champagne in her hand, is the last we’re likely to see of her on the big screen.