Breaking The Stigma Of Pole Dancing

Students on the Auraria Campus pole dance with the Vertical Fitness Club. 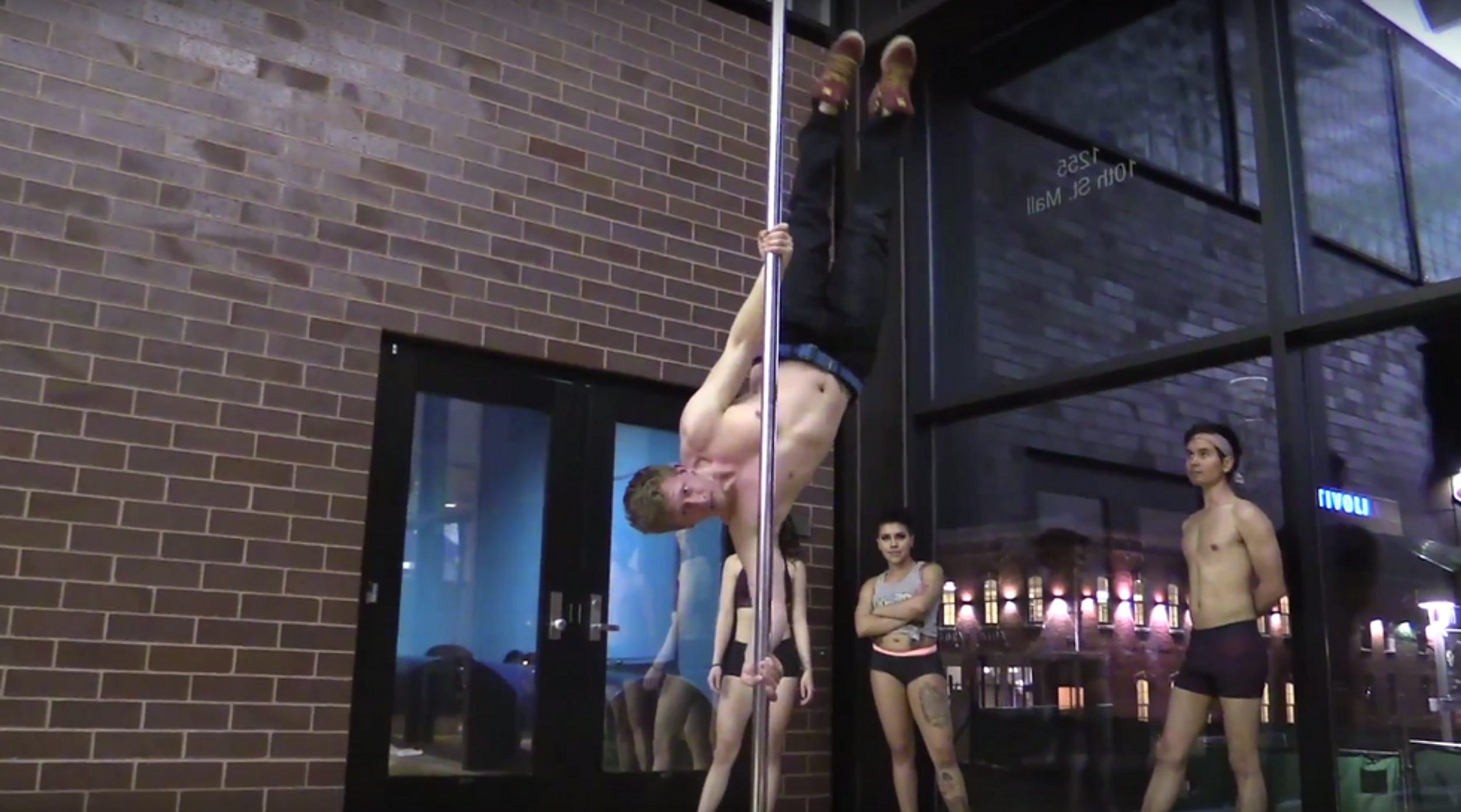 Students at MSU Denver are getting fit with a different kind of full-body workout. First they start with a warm-up, next they stretch and then they hit the poles. The students are apart of MSU Denver’s Vertical Fitness Club where they learn acrobatics and dance moves on a pole.

“Pole fitness is one of the most all intensive full body workouts you can ever do. It incorporates upper body, lower body, cardio, core, flexibility, and calisthenics,” said Vertical Fitness Vice President, D’kilwayte Johnson.

The club is set up like a class and broken up into sections based on experience.

“When you first start pole, you have a lot of trust issues because you’re like ‘I’m not going to be able to hold myself,’ so at first it’s kind of weird, but then you get comfortable,” said Vertical Fitness President, Brittany Trammell.

It was Pablo Chavira’s first time doing vertical fitness. He saw the club outside practicing on campus one day and wanted to try it out for himself.

“I thought it was going to be intimidating, but it was not. It was really open and they understood that I’ve never done this before. They really worked with me. I think the hardest part is once you see the pole and you realize ‘oh my god I’m going to go out and do this,’” said Chavira.

The club’s goal is to promote campus wellness and physical activity in a safe environment.

“Ninety-nine percent of the time people are like, ‘look a stripper pole’ and it’s like, no it’s not. It’s just a pole. It is what you make of it,” said Trammell.

Along with the help of their advisor, Mary Kay McCue, the students are trying to change the stigma related to pole dancing.

“It started in the stripper world as exotic dancing, but we’ve taken the athleticism of it,” said McCue.

“It’s viewed as a negative aspect of culture and we’re trying to reshape that idea,” said Trammell.

One thing the club has been judged for is wearing very little clothing, but McCue said there’s a reason for this: “Most of the people think since we’re out here not wearing a lot of clothing we’re stripping, but we do it because the pole is slippery and with a lot of clothing people wouldn’t be able to hold on.”

Many of the members even use a dry hand gripping solution to help them grip the pole more easily. They rub it on their hands, arms, and legs.

The vertical fitness club makes it clear to all their members that they have zero tolerance for any bullying or negativity.

Johnson was one of the students that originally started out with hesitation and believed the stigmas until he tried it for himself. “I thought, ‘ha that’s going to be a big joke. Let me try it out.’ I went into a class and it blew my mind and I got really passionate about it.

"It’s crazy how you never know where your passion’s going to arise,” Johnson added.

“My favorite part honestly, as an officer, is watching people get over the fears, excuses, or limitation they put on themselves that they thought they couldn’t do. When they make that move that they said they could never do, it empowers me,” Johnson said.

One of the members, Seana Davis, has some advice for anyone who is nervous to join.

“I would say I understand because I was there, but you don’t know until you try. The first day I would guarantee they would love it.”

“Pole fitness is amazing. It’s not just a dance, not just fitness, not just an art, it’s sort of like a lifestyle,” Johnson said.