Boundaries In Hospitality: Well, It's Complicated

How can you exist as a hospitality professional and maintain privacy? 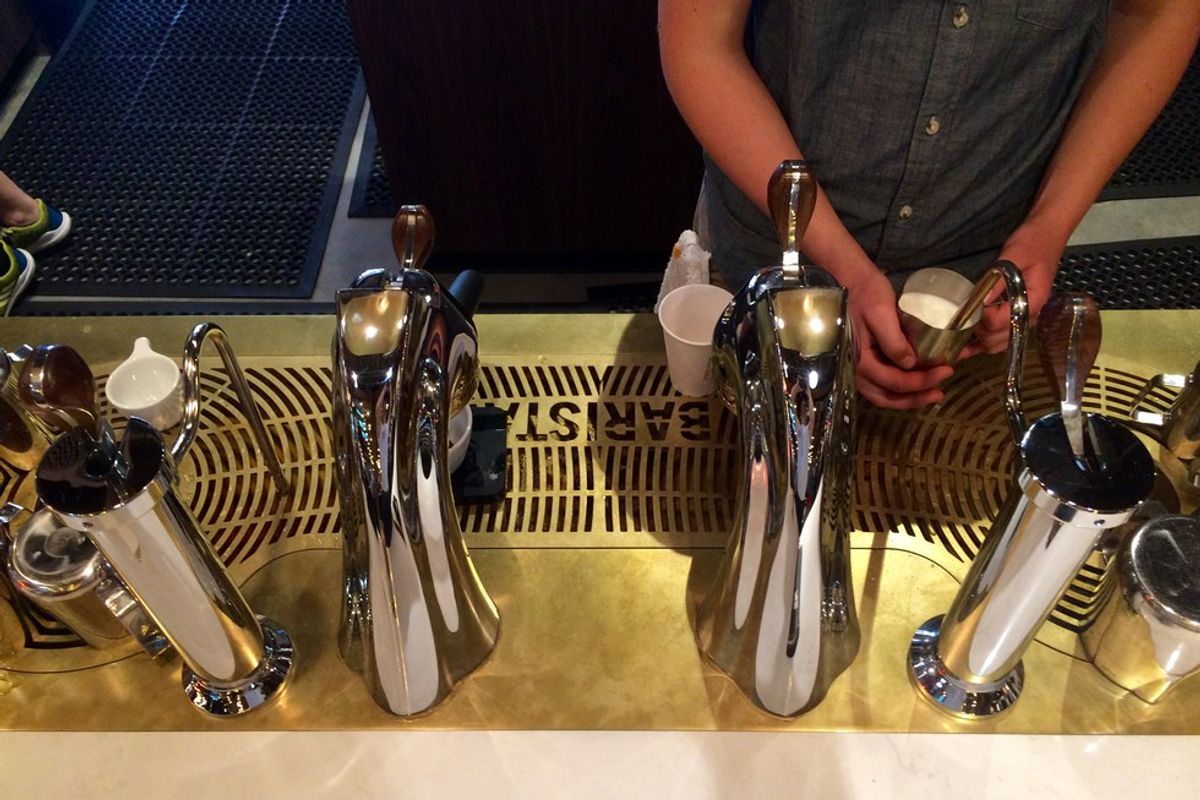 I’ve been working in customer service jobs since I was 15. First, I rented novelty bikes to tourists. Then I peddled ice cream, candies, and sodas to people in suits. I took a brief hiatus to explore journalism in my late teens, but there’s something about service that drew me back in. Maybe it was the tips. But I started making coffee for a living when I was 18 and have been working in the coffee industry ever since.

Here’s the thing. Service is a very exposed job.

I have little anonymity and little autonomy. Everywhere I go, I see people I know.

Sometimes, it is not okay.

Maybe it’s a Pacific Northwest thing, but people expect a lot from people in the service industry.

There’s a certain percentage of my guests, regulars or not, who seem to carry an expectation that they and I are friends. And not just low-key, nod to each other on the street friends. Good friends. Hanging out on weekends friends. I’m-going-to-guilt-you-if-you-bail friends.

I wish I could say it’s confusing and that I get it. But I don’t.

It seems obvious to me. People in the service industry are getting paid to talk to their guests. It’s a crude description, but it’s true. I’m on the clock, and I most likely wouldn’t talk to you otherwise. My job is to be nice to people.

Recently, I went to New York City for the first time. It was a wonderful trip, but the thing I haven’t been able to stop thinking about is the distinct difference in hospitality style.

Where I greet incoming guests with an enthusiastic, “How’s it going,” service industry professionals greeted me with a cool hi or hello, what can I get for you. No one intruded on my privacy or asked what I was up to or what I was doing this weekend or how my day was going. At first I didn’t really know what to do -- I’m so used to a hospitality culture where everyone is kind of up in everyone’s business that the coolness felt strange to me.

It wasn't that conversation was impossible, or even difficult. Far from it; conversation simply wasn't a given. Service industry professionals treated me like they respected that I’m a grown-ass woman who has her own shit going on. Every service industry professional -- baristas, waitstaff, bartenders -- even the people at the info desk at the Met. I’ve never encountered service like that in the PNW.

My father is the type of person who wants to chat with everyone. I like people and I think I get that from him. Some of my earliest memories with my dad are of him having conversations with waitstaff at restaurants and checkers at grocery stores. Sometimes it was uncomfortable for me, but every kid is embarrassed by their dad sometimes.

After eating out, my parents would have conversations about the server and whether or not they were friendly enough. I think my dad tries to compensate for a world in which people increasingly ignore each other in favor of electronic communication.

But to some people, it’s obtrusive. And I can only see that after years of customer service.

Boundaries are challenging in normal interpersonal relationships, but establishing boundaries when both parties aren’t necessarily on the same page about the terms and conditions -- that’s especially complicated.

There’s no training manual for how to say no, I won’t go to couples therapy with you, you’re my guest and we don’t know each other. There’s no playbook for how to ask someone to stop photographing you without your consent. And there’s no guide for how to say no, you don’t deserve to hear my story just because you exist.

But maybe there should be.