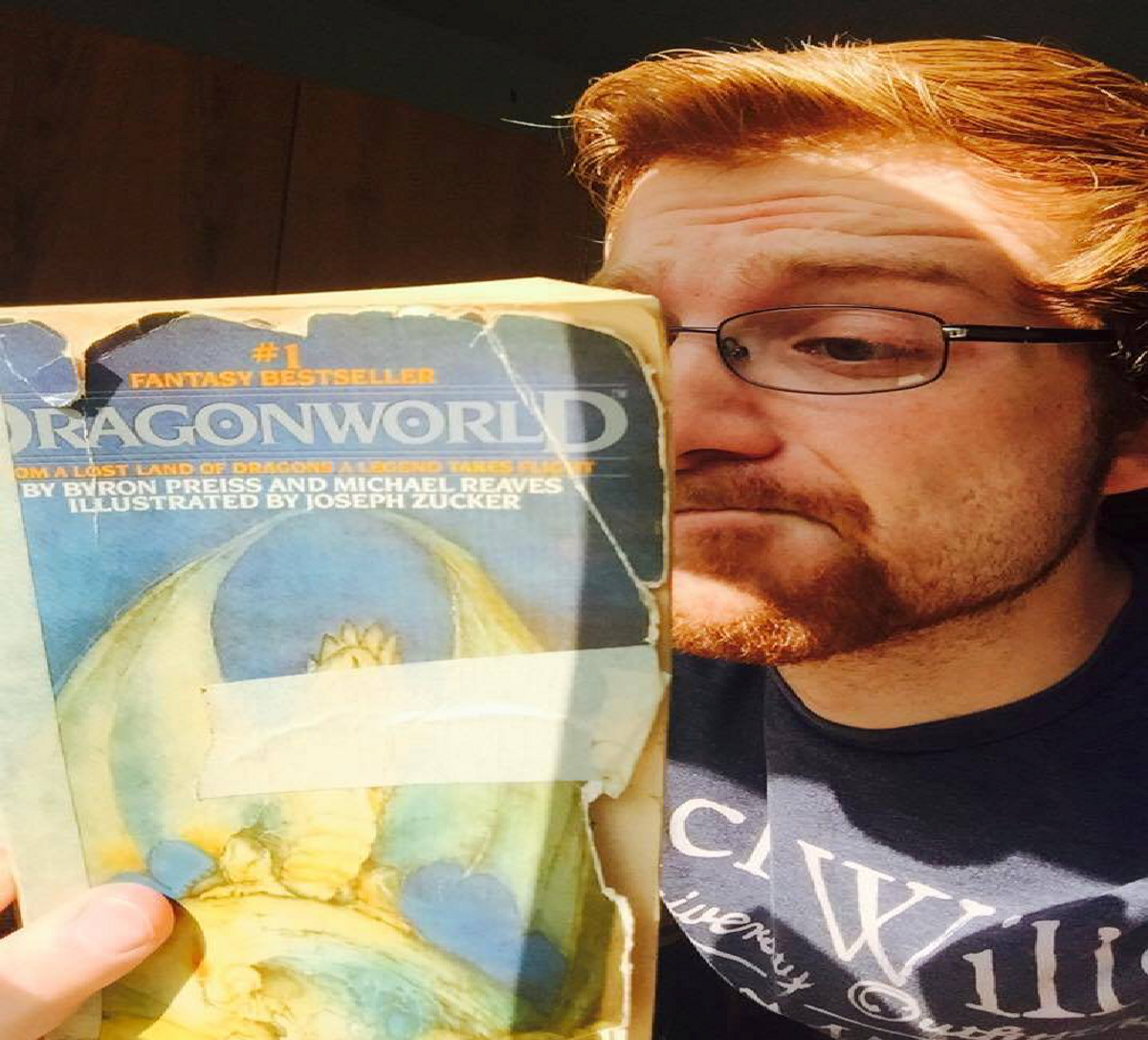 I may not do it that often, but I enjoy reading very much. Getting to the end of a book is such a satisfying feeling that cannot be described other than saying that the world seems more open and free. You close the book, sit or lie there, and think about what just transpired. I always try to ignore my phone or TV or anything for a while just to let the story I finished really soak in.

Yet, even though I like reading and have a plethora of books I want to dive into, I am apprehensive because I get into the habit of starting a book, getting really into it, and then putting it down for too long for one reason or another.

However, I did just get the chance to finish a book I started and put down in 7th grade: the 1979 fantasy epic by Byron Preiss and Michael Reaves, "Dragonworld." So, I decided to take the time and write a brief review of the book. Here we go!

The story begins with several instances of tragedy that plunge two countries on opposites sides of a large body of water into a deep hatred and conflict. Yet, both are ignorant of both the other side's point of view as well as a larger threat that lies not too far away from either.

Overall, the story does a great job of tying in previous plot points in unexpected ways as well as including fantastic moments of character interactions. It also does well with not being too expected. Yet, even the predictable parts were a bit interesting with vivid descriptions of battles, environments, etc. In fact, the writing is quite good. The only thing that lacks in that department is the dialogue. It is a little cheesy, but nothing that will make you roll your eyes too much.

I will say that the entire plot is based around rashness and ignorance, and not the interesting kind. It just makes you want to jump into the council meetings they hold and say, "JUST TALK TO EACH OTHER."

The writing does not make it a difficult read. When compared to things like "The Hobbit" which matches in terms of fantasy for younger audiences, "Dragonworld" is much more simplistic. Not a bad thing! It still has its dark moments of tragedy or war.

Overall, the world is fairly developed without going too deep into the lore and the story has enough going for it to keep you interested.

Something that I really enjoy about this book are the illustrations. There are a little over eighty pages of beautifully done, black-and-white illustrations by Joseph Zucker. Now, this is not a picture book by any means, but their inclusion helps show you what the authors were trying to create with their writing.

I will say that, just like some of the dialogue, the illustrations are a little cheesy. I was trying to envision something sinister or fantastic and then I turn the page to see this:

Yet, there are several absolutely gorgeous illustrations that I enjoyed analyzing immensely, such as this one:

I will say that sometimes the placement of the images will take you away from the scene a bit because the page(s) they fall on are sometimes before or after the scene it is depicting takes place. That is a minor complaint about this brilliant addition to this book.

I know this is a short book review, but I really said all I felt needed to be said about this book. It does not stand out in the library of books that I have read, but I would not put it anywhere near the bottom of the pile. It is the perfect casual read for fantasy lovers of pretty much all ages since it is not too complicated for younger audiences, but not too childish for older ones. It definitely feels like old fantasy and I love that.

I am definitely glad I picked it up after putting it off for so many years.