A Bond Like No Other: A Dad, A Daughter, And Sports

A Bond Like No Other: A Dad, A Daughter, And Sports

"Old as she was, she still missed her daddy sometimes." —Gloria Naylor 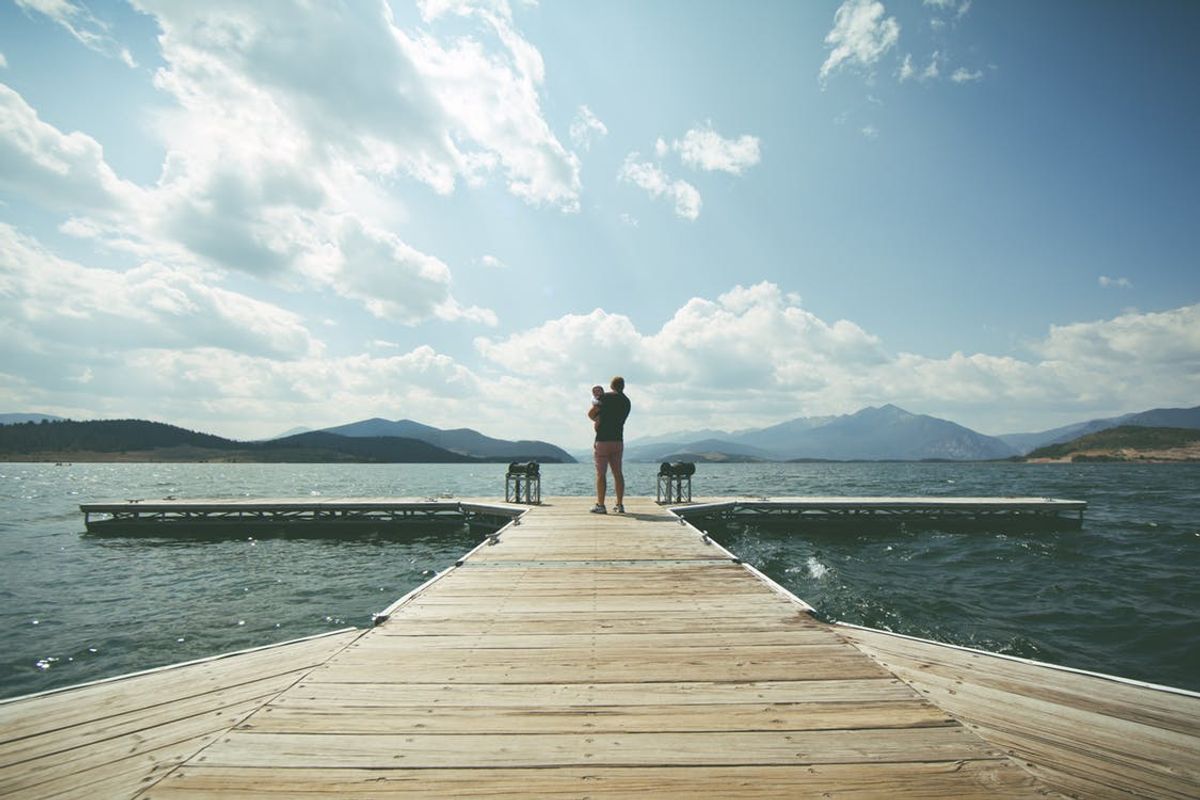 Ever since I was little, I was constantly reminded of one thing whenever someone commented on my looks or behavior, “She looks like her mom and acts like her dad”. This statement could not have been more accurate, well at least the part about acting like my dad.

My dad and I have always been pretty close. He’s the one that introduced me to sports, which is the thing that has threaded us together for the past 14 or so years.

It all started with t-ball when I was about five-years-old. Both my sister and I played, which pleased my dad more than anything else in the world because he was always known as “Mr. Baseball”. Unfortunately for him, neither of us were all that good at, or that interested in, softball.

I always loved having my dad as my coach, even if my temper didn’t always agree with that statement. Even though he yelled at us a lot, and made us run more than some would’ve liked, he was the best at motivating us to do and be better. So, even in the moments when I didn’t always agree with him yelling at me for not being in position, it was always great to have someone who cared so much about us on the sidelines cheering us on in his own special way.

Our connection to sports didn’t end on the field or court itself, though. It went far beyond that. Throughout middle school and high school my dad would play on travel softball teams every now and again. It wasn’t until my junior or senior year of high school when I found myself going to watch my dad play more often. My favorite part of the trips to the games were always plugging in his phone and blasting songs like Journey’s, “Don’t Stop Believing,” or Brooks and Dunn’s, “Believe”.

There’s one tournament that I specifically remember going to with him. It rained throughout our entire trip to the ball field, and we could’ve sworn it was going to get rained out. Well, it didn’t get rained out and standing out there watching them play in the rain was the wettest I’ve ever been, but also probably the most fun I’ve ever had watching my dad play the sport he loves. We were so drenched by the time his team finally had a break between games that we had to go to Target to buy pants and shoes just so we could get out of our wet ones. While it wasn’t the ideal game I would’ve liked to watch my dad play in, it provided me with unforgettable memories.

Now, don’t get me wrong I loved being able to bond with my dad over talking about how our respective teams were doing, but the best part about my relationship with my dad was going to Carolina sporting events. At least once a year, I would find myself in the Dean Dome with my dad by my side ready to cheer on the Tar Heels to another victory.

As a student at UNC, I’ve been given an opportunity to view these games from a different perspective than I typically would with my dad. Being up close and personal to the action in the risers is an experience unlike any other, but as I left the Dean Dome after the Virginia game, the last game I was able to attend this season, a thought occurred to me. This year had been unlike any of the other past years that I could remember. Why? Because I hadn’t been able to attend a basketball game with my dad. While the vibe in the student section is absolutely incredible, it’s just not nearly the same as having my dad standing beside me cheering as Justin Jackson drains another three from long range or as the Heels finished strong and pulled out a victory after keeping us on the edge of our seats the entire game.

The connection I have with my dad is special, and Mom, if you’re reading this, please know that I love you just the same, but I can’t talk about box scores or game highlights with you. I have my dad to thank for encouraging to become so passionate about sports. He never gets tired of talking to me about Carolina basketball or Carolina Panthers football, and I thank him for that. I know I may not have always showed you how appreciative of you I was, but the truth is there’s no one I would rather spend hours talking about sports with than you, Dad.

So Dad, thank you for teaching me to love sports just about as much as I love Jesus and family. Now wipe your tears and go coach your little league team. Just like you did with me, teach them to love sports not just because of their athletic abilities but just for the love of the sport. I love you and am so thankful to have you in my life.
Report this Content
This article has not been reviewed by Odyssey HQ and solely reflects the ideas and opinions of the creator.

Madison Franz
The Narrative
1116717
Photo by Brooke Cagle on Unsplash

Madison Franz
The Narrative
653950
Photo by Manny Moreno on Unsplash