I started exercising with the goal of "being thin", but realized that it's not my size that matters, it's feeling good in my own skin. 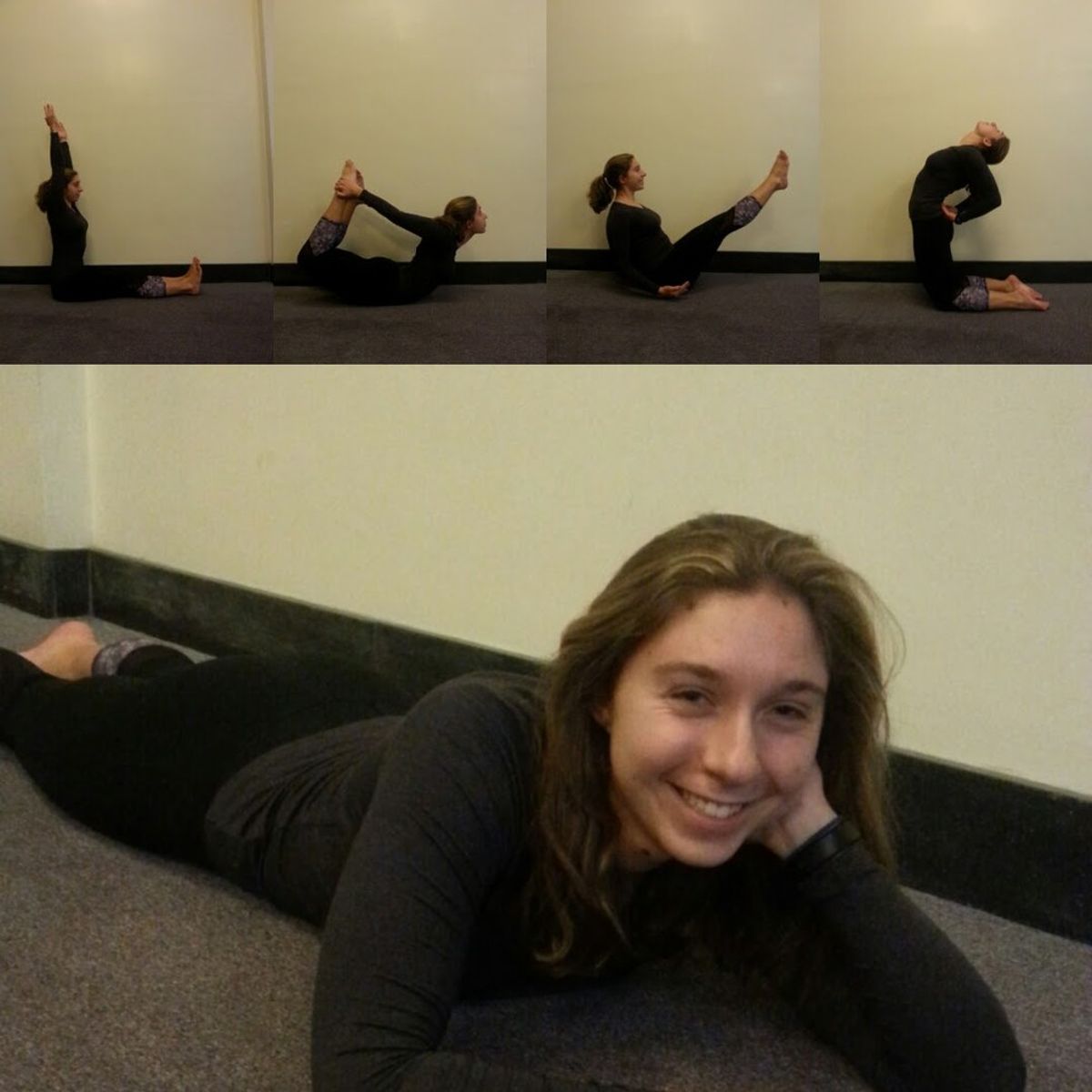 In all honesty, I hated the way I looked since roughly 7th grade. I hated that my face had begun to break out with the acne that comes along with growing up. I hated that my legs, which had always been fairly thin now seemed much more solid. My stomach, which was relatively flat, was now beginning to get a little bigger. I dreaded going to family get-togethers because I knew multiple people would comment on my weight. No doctor or anyone had ever told me I was fat or unhealthy, but all it would take was one negative remark about my appearance from a family member and I was left thinking I needed to lose weight.

And that's just how I felt when I was by myself or with family. The people I was friends with at school were all incredibly thin and seemed so much better at everything than I was. I felt like I wasn't as good a soccer player, a less graceful dancer, and couldn't run as fast or as far as many of my classmates. To my middle school and early high school self, it didn't matter that people thought I was nice. I was constantly thinking that maybe people would like me more if I was 5, 10, 15 pounds smaller or better at athletic activities or if I didn't seem to always have acne.

These thoughts stayed with me for pretty much all of high school. Sure there were times when I didn't hate my body and the way it looked. Those days were always good, but it was never long before I'd notice how much thinner some of my friends were, or hear a comment directed towards anyone above a size 2, or catch sight of my reflection and the voice in my head that told me I would never be as beautiful as others would come back.

My mental image began to shift when I came to college two and a half years ago. I was determined to start exercising more and basically do anything to avoid the freshman 15. The first few times I went out for a run were painful; I could barely go a mile without stopping to catch my breath. But, over time, a mile wasn't so painful and it didn't take as long. Before I knew it, I had gone on a four-mile run and had managed to do it without walking. I was very sore and tired the next day but it was a feeling I relished. Had anyone told me I would run four miles when I was in high school I would have laughed and told them I could walk four easily but certainly never run.

I also had the opportunity to dance again, which was something I had given up in high school due to time. I was so nervous for my first practice, but the student leading it was so nice and encouraging regardless of the abilities of everyone in the room. As the months have passed, I have grown in confidence and been able to use dance as a means of expressing what I'm feeling (even if what I'm feeling is what I'm told to feel by the person who choreographed the dance).

Despite the running and the dancing, I still wasn't fully happy with my body. It was over halfway through freshman year and, in my eyes, I weighed and looked exactly the same. Ideally I would have started watching my diet more (ice cream and muffins are staples) but I like food too much to try to eat less of it. Actually, I did try eating less. And then I felt very sick, decided I did not like feeling sick, and went back to eating food. Anyways, I decided I needed to be stronger if I wanted a "perfect body".

So I mustered my courage and went into the gym at school. It was full of various athletes and people who clearly knew what they were doing. I realized, though, that I wasn't really watching what anyone else was doing so it followed that they weren't watching me. And so began my mix of cardio and weight lifting. It didn't seem to change anything though. Sure, when I flexed my arms I could see biceps that certainly hadn't been there a few months ago and my legs, which had been bulky for years, were now more toned. Somehow these changes failed to meet my ridiculous standards for what I had to look like.

Then, all of a sudden, something changed. I can't pinpoint the exact moment I came to this realization, and I really wish I could, but all of a sudden I was proud of how far I'd come. Was I running a sub-22 minute 5K? Heck no. Could I bench press 120 lbs? Nope. Was I down to a size 2? Definitely not. But I was, am, able to do things I wasn't before. I've become more flexible than I ever thought I would be, faster than I ever was in high school, and stronger. More importantly, though, I feel healthy and happy. Now when I dance, run, do yoga, walk, go to the gym, watch a movie, eat dessert, whatever, I do it because I want to and because it makes me happy. At some point I realized that I don't need to fit the conventional mold of beauty set by society; nobody does. As long as you're happy and comfortable in your body then who cares if people tell you you're too fat/too thin or whatever else people may say about your body. Your body is yours and only yours, love it for what it is.

I'm not perfect. I have bruises, marks, scars, fat, etc. But I also have strength, determination, and (more often than not) confidence. I spent years hating my appearance, only to reach the conclusion that my appearance doesn't matter. What matters is that I can wake up each morning and, whether I see my reflection or not, know that I'm happy, healthy, and love my body for what it is.

Caitlin Marie Grimes
University of South Florida
9042
Beyond The States