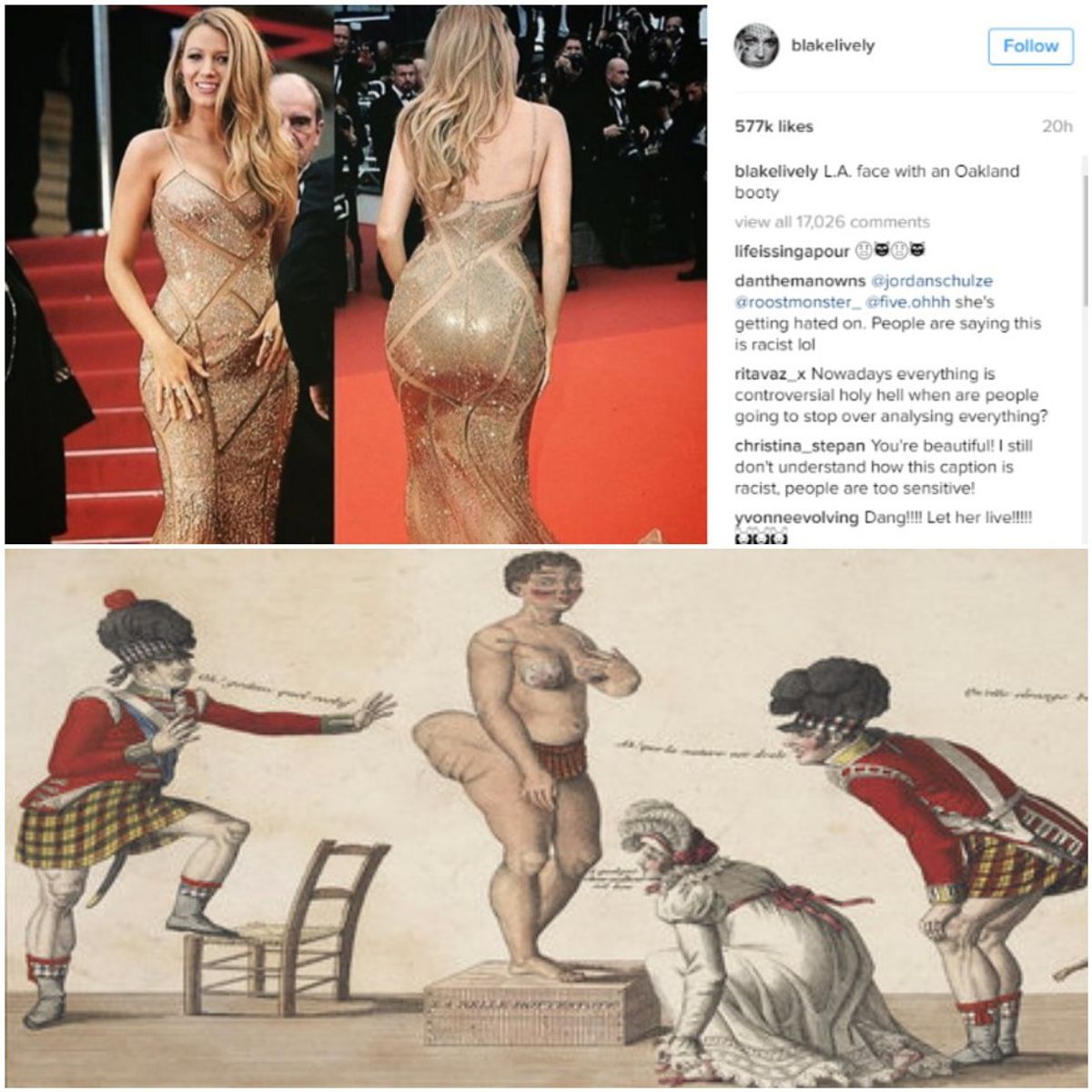 So I guess some of y'all heard about Blake Lively causing a stir in recent news, and no, it wasn't the dress she wore at the Cannes Film Festival. Instead, the actress got backlash for posting a picture on her Instagram account with the caption reading: "L.A. face with an Oakland booty."

Listen, ask anyone I know and they'll tell you I'm pro-black! I know what you speculators are thinking "You can't be if you're giving this a pass." Blake was quoting a song from Sir Mix-a-Lot famous hit Baby Got Back. It's not like she said anything racially insensitive, and if she did she would have got called out on that sh*t!

I'm not going to knock any woman for celebrating her body against the norm of beauty, but was Blake Lively being racist? No. That quote alone is un-related to the biggest question: why having a big butt is dehumanized when she is black, but celebrated when she is white? That's what we should have a conversation about. But just because Blake posted a quote that wasn't meant to be racially charged, that means we should attack her online?

Nicole Marie Nigro
Individual Creator
7738
c1.staticflickr.com
Where to start...... Let me start with the cliche that life throws us curveballs and what we do with it is what counts.