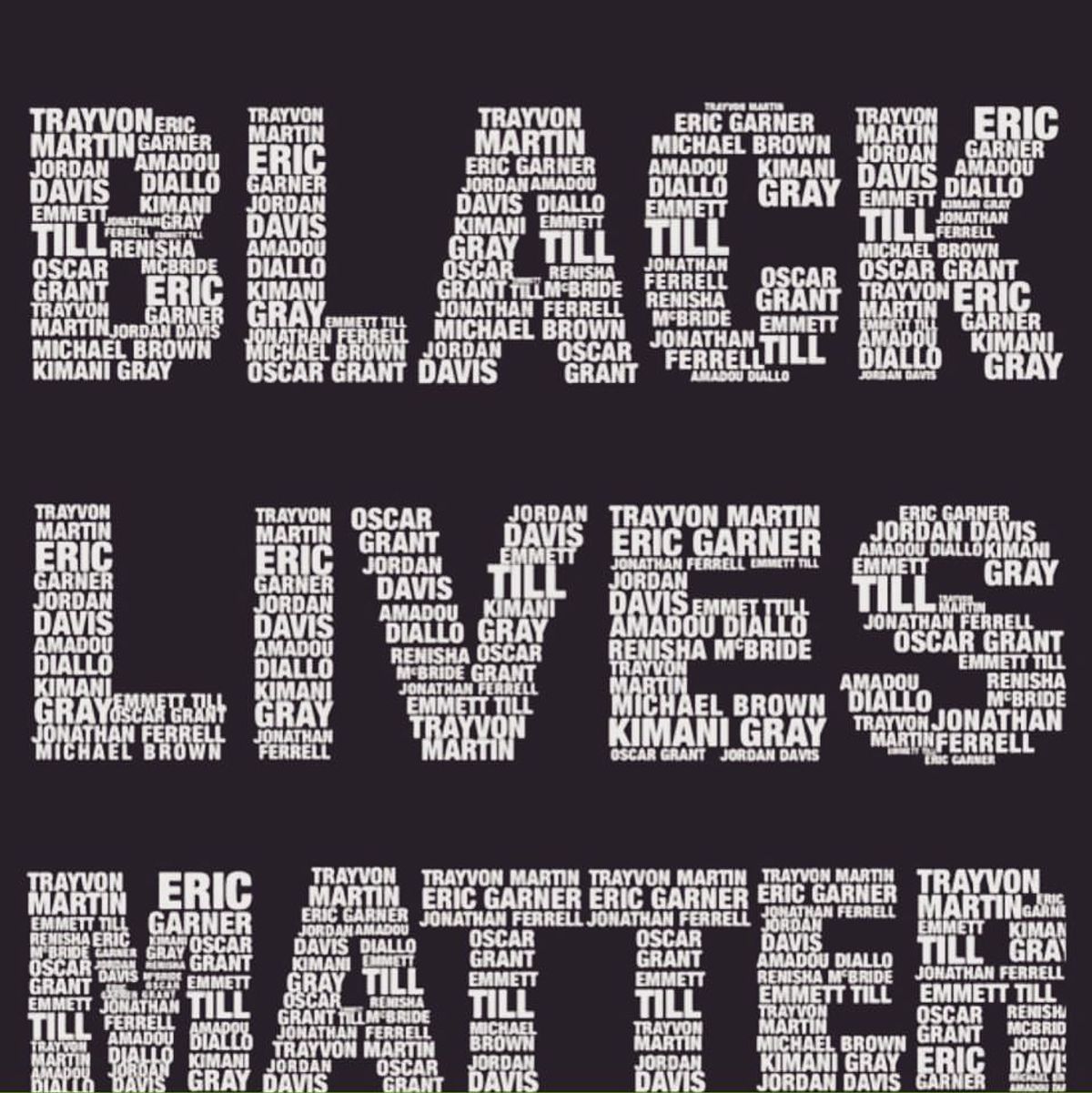 I see a post on Facebook and Twitter. It reads "Black lives matter." I share, like and re-tweet. I scroll down and I prepare myself to read the comments (I don't know why I enjoy infuriating myself but I do so anyway). I often have to wade through the sea of racist and ignorant remarks that I'd rather not even mention, but we all have a vague notion about these types of comments. Which brings me to the comment that really irks me: "All lives matter!!!!". This brings me to the following.

Yes, each and every human life is sacred. You matter, I matter, we matter. We are all one in the same regardless of skin color, gender, ethnicity, sexual orientation or any other label that society has placed upon us. At the end of the day, why should we label someone for something as superficial as the color of their skin? Or from the country they were born? Or for whom they choose to love? At the end of the day we are all humans, and labels are nothing but a social construct that has no actual meaning. But realistically speaking, that's not how the world works and that's not how society works.

Whether I believe in them or not, labels exists and they're out there, and probably will be for a pretty long time, so I'll refer to them for the sake of this article.

There's a reason why I say #blacklivesmatter and not #alllivesmatter. These tweets explain them better than my rant ever could.

I am a Hispanic woman who is fair skinned. Back in Spain, I was part of the majority (other Spanish individuals) and here in the United States I am considered a minority. However, I live in a predominately Hispanic neighborhood. When I travel, I am not treated any differently because of how I look. I look white, therefore I "blend" in. I am fortunate to say that I have never felt racism. However, that does NOT mean that racism isn't well alive and well today.

Racism is everywhere. Not only in the United States but all over the world, and it's a problem. It's never a problem that I've experienced and I acknowledge how very privileged I have been. I cannot imagine the frustration that a person of color must face. I fear getting a ticket when I get pulled over, I've never feared for my life nor have I been advised to "not act suspicious". A person who's skin is darker than mine cannot say the same thing.

Obviously, there are Black men and women who commit henious crimes and the police are there to save lives. Just like there are Whites, Hispanic, Asians, Native Americans and people from all over who commit terrible crimes. The point I'm trying to make is that many innocent lives have been lost due to police brutality or lost to incomprehensible things such as "looking suspicious." Where was the justice when Eric Garner was exclaiming "I can't breathe" and was still pinned down by the police in a very illegal choke-hold? Where was the justice when Alton Sterling was DOWN, pinned by the police, not harming anyone and was still shot numerous times? Where was the justice after Dylan Roof massacred innocent people in a house of worship and the police bought him Burger King? May I add, he was not gunned down.

Where is the justice? Where is the fairness? How can you someone sit here and look into the eyes of a person who's ever been discriminated against and say "racism doesn't exist". How can something as frivolous as the COLOR, the SHADE, of a person's appearance be the decider between life or death, that's so beyond my comprehension. How could something so insignificant cause decades of unfair treatment, murders, and causalities?

I would like to address something. I am forever grateful for the law enforcment and police officers. I am well aware, just like not every Black individual commits a crime, not every police officer is unjust and horrible. I owe my safety and well-being to those officers that risk their lives each and everyday to make sure that our streets are a little safer. My issue is not with the police, my issue is with unfairness and prejudice in this country (and around the world).