What I'm Learning As A Bisexual Male Feminist Christian
Odyssey

What I'm Learning As A Bisexual Male Feminist Christian

My identities might seem to contradict themselves, but on the contrary, they're quite complimentary. 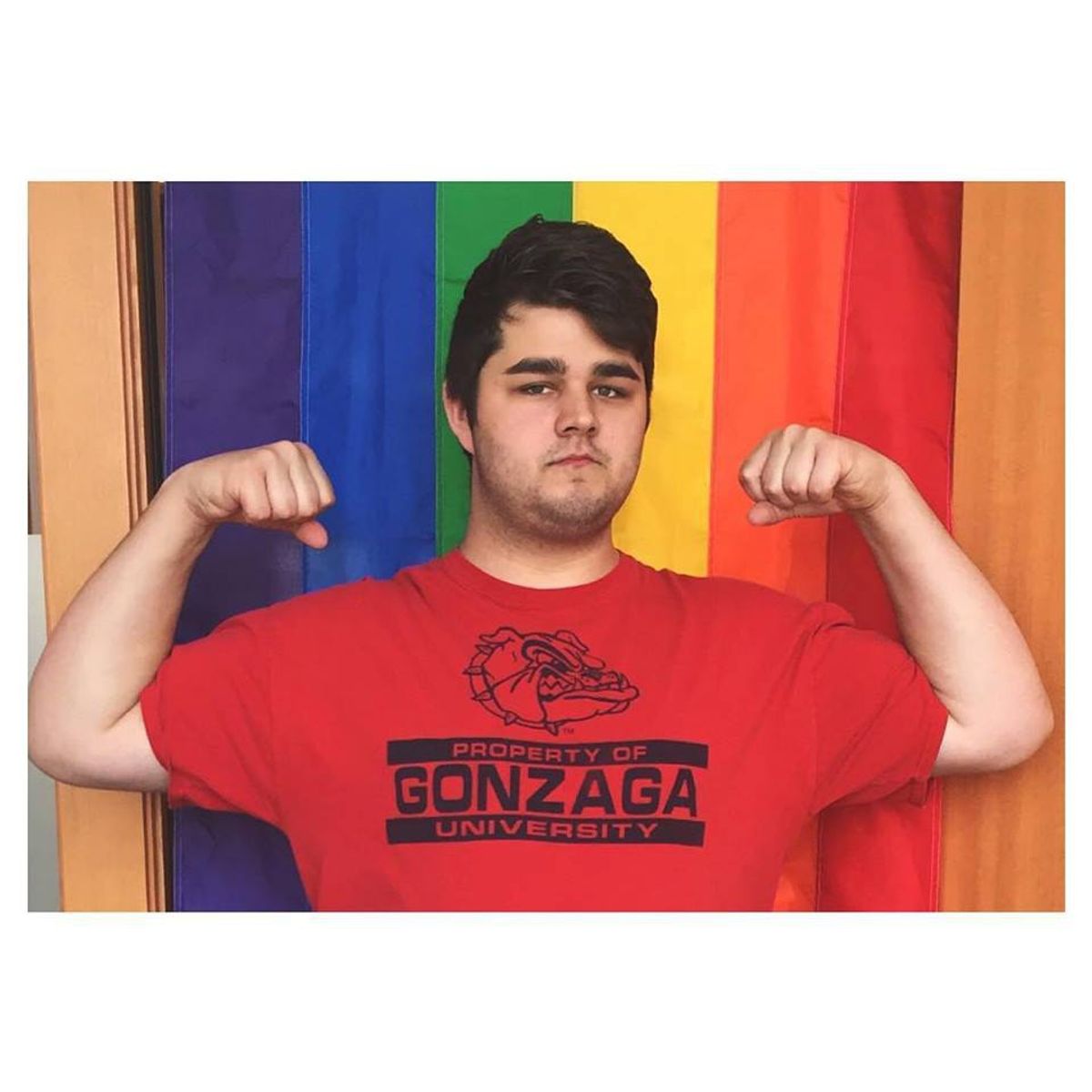 The earliest identity that I was assigned was as a man. I was born with a penis, so from before I even came out of the womb, my family was referring to me as a little boy. Later in life, because I was sensitive, liked to write poetry, and talked with a high pitch voice, others made fun of me; they called me a girl (like it was an insult) and even went as far as to say that I was gay.

All of the bullying made me question the validity of my identity, but luckily I had a mother who reassured me that being in touch with my emotions as a man was a rare quality, but valuable nonetheless. However, this would not be the last time that I would try to reevaluate my identity because of somebody else’s disbelief.

Many times people bullied me because of my effeminate qualities, and many times I wondered if I should change myself because I didn’t live up to their standards for people with penises. When I began discovering transgenderism and non-cis gender identities, I even wondered if I should change my pronouns (or possibly even my body). It didn't help that everybody's assumptions about my sexuality were true-- well, halfway true. I began realizing that I liked men just as much as I liked women.

By the time I got to high school, I was hiding my newfound sexual attraction to men from everybody else. I had decided that I liked being a man, but I was fearful that coming out of the closet would undermine my gender identity too, because people often believe that one (gender or sexuality) has to influence the other; that’s why the stereotypes of flamboyant homosexual or butch lesbian exists. Since I still found myself attracted to women, I thought that’d I be able to ignore the other side of my sexual identity forever, and thus also secure my identity as a male.

It turned out that I could only pretend I wasn't bisexual to others, but pretending to myself was impossible. I had to tell someone. During my Sophomore year of high school, I tried to come out to somebody as bisexual, but she told me that it was impossible for a man to be attracted to men and women. She even cited some articles that backed up her argument. She told me that bisexual men did not exist. I researched it myself, and found that there was a lot of controversy surrounding the validity of bisexuality for any gender, so I decided to keep quiet and not reveal it to anyone else.

I also hid my sexuality because I’d recently been baptized as a Christian. What really drew me towards Christianity, was the belief that there was a God who loved everyone unconditionally. Unfortunately, the church that I attended also taught it’s congregation that any sexuality that deviated from heterosexuality was a sin. My brain easily accepted this as the truth because I’d heard it in movies, books, and television many times before.

I locked myself in the closet because I wanted my masculinity and myself to be accepted by my peers, by my church members, and ultimately, by God himself.

As I graduated from high school, I was outwardly confident in my identity as a straight Christian male, but internally, my secret sexuality came into conflict with those identities. Then, I got to college and discovered feminism. Students from my high school had tossed that word around before, yet I had tuned it out. I’m not entirely sure why-- maybe it’s because there’s a stigma surrounding that word, about how only insane, men-hating women call themselves feminists. College erased that stigma, and I transformed into a passionate feminist who believes in human equality on all levels possible.

Feminism also forced me to question the world and my church’s view on women-- even gender identity as a whole. It then did the same to my accepted beliefs about sexuality which lead to me question my own repressed sexuality once more. I decided that I was going to come out as bisexual, and when that happened, I stopped calling myself a Christian, because one of my religious relatives convinced me that God wanted to let me know that I would go to hell if I considered having sex with a man.

I didn’t know what to believe about God anymore, because I still wanted Jesus’ unconditional love and redemption, but I also loved feminism’s emphasis on equality for people no matter their race, gender, ethnicity, sexuality, demographic, etc.

I initially decided that a loving God would not allow stigmatization of minorities (which is what a lot of Christians and people seem to participate in by calling homosexuality a sin, and by not allowing women to become ordained), but then I took an eye opening religion course at Gonzaga University which really emphasized Jesus’ sacrifice as an unconditional act of love that freed us from the old law-- including the laws that condemned women for being women, and gays for being gays.

For the first time ever, it was possible that the all-loving God of the universe could be a feminist himself, and that perhaps he would love me, even if I was a bisexual male feminist. (I still decided to identify as a man since being a man did not mean that I had to be stoic or ruthless or any different than some of my female friends. In fact, I liked that my personality challenged the social standard of masculinity).

This 20 year struggle really illustrated for me that nobody can decide who the hell you’re going to be except for yourself, and that it’s necessary to question everything that you’re told. I still question the validity of my sexuality, and my gender, and my social stances, and my religion, but when anybody else tells me that I don’t exist, I reflect internally, about a God that I believe in who loves me no matter who I am, and ultimately I realize, that it’s my duty to love everyone else the same-- whether they know who they are or don’t know who I am.