Bill Nye once taught that gender was binary, and that a person's gender was determined at birth: until it became socially and politically expedient not to. 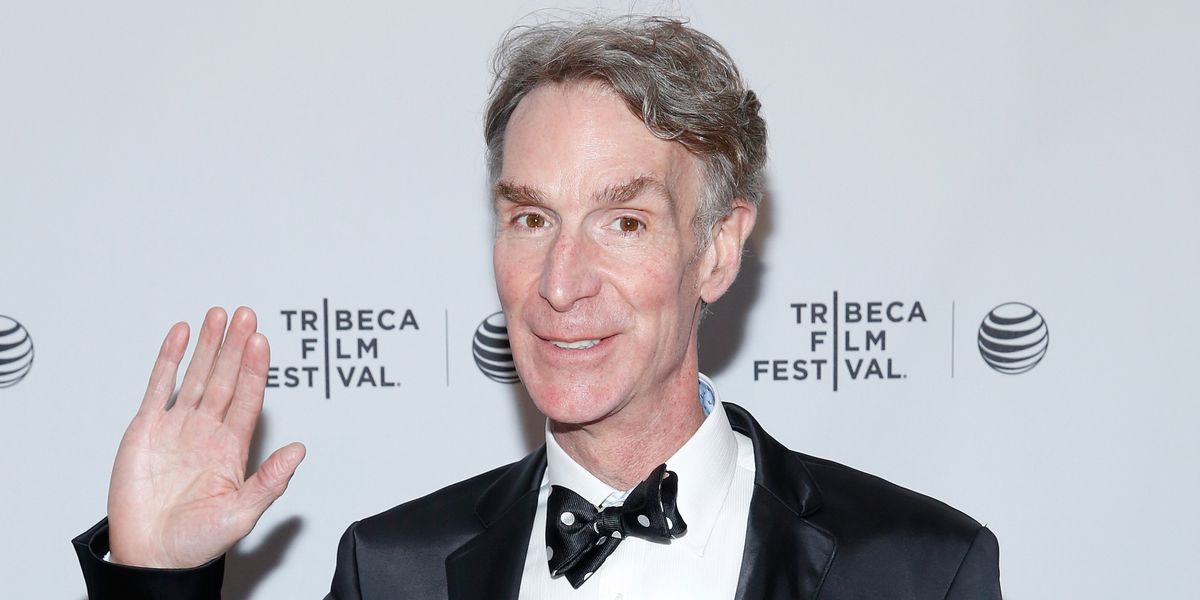 Meet old Bill Nye, host of the hit children's television show, Bill Nye the Science Guy. Bill's show, airing from 1993 to 1998, was dedicated primarily towards teaching kids some of the simpler elements of contemporary scientific thought.

Among the topics Bill covered on his TV show, Bill once explained the topic of gender and gender science in the 69th episode (oddly enough) of his television series titled "Probability", where Bill teaches kids about the possibility of future events taking place. In this episode, Bill asks us to "Consider the following", that a person's gender is determined at birth by the chromosomes passed onto the child from their parents.

Fast forward 21 years, Bill would now have us believe that gender is not binary and determined at birth, but exists along a spectrum and can be chosen by the individual. Bill Nye, in his new series "Bill Nye Saves the World" would NOW have us "Consider the Following":

"The world is a wonderfully diverse place, and as scientists we use the scientific method to try and understand that diversity. This is what is happening with the study of human sex and sexuality. Right now, biologists, sociologists, anthropologists: they're all trying to figure this out and they're finding human sexuality is on a spectrum and if you're like me, which I know I am, you're still learning about this field."

He proposes there are four components to gender: sex (your sexual chromosomes, genitalia and hormonal composition), gender (how you identify yourself and your experience), attraction (who you feel sexually aroused by) and expression (how you present yourself to the world).

His evidence to support his new position on sexuality? Well, he really doesn't offer any...very scientific.

Gender is NOT Binary Pt. 1

Gender is NOT Binary Pt. 2

While it is entirely natural and scientific to always be challenging our contemporary understandings of science and revise our theories as new information becomes available, it seems Bill HAS no evidence that the theory he once touted as absolute fact, that gender is binary and absolute, has been disproved. He does not refer to any study, any experiment, any new observation in nature: he simply TELLS you that gender is non-binary and claims it to be scientific.

Bill has also been touting that climate change is "undeniable science", even going so far as to say that people who deny the current hypothesis of anthropological climate change (climate change caused by human activity) directly and negatively impact his quality of life. Bill claims that climate change skeptics are in the same category of science denial as scientists who lied about the addictiveness and lethality of cigarette smoking or as dangerous as the heads of Enron, who caused one of the worst petroleum disasters in the history of mankind and refused to say definitively that climate change skeptics should not be in jail and seemingly implies that they SHOULD be thrown in jail.

By his own logic, he should already have been awarded a free bedroom and three square meals a day courtesy of one of America's finest penitentiaries for denying what was, and according to the evidence he has provided still is, undeniable science. If Bill could be so anti-science on the issue of gender binarism, one must wonder what other popular science issues Bill might take an anti-science approach to, right?

Should Climate Change Skeptics Be Jailed?

But Skepticism IS Science