What Bill Cosby Shows Us About Our Victim Blaming Culture

What Bill Cosby Shows Us About Our Victim Blaming Culture

Why didn't we believe 42 women? 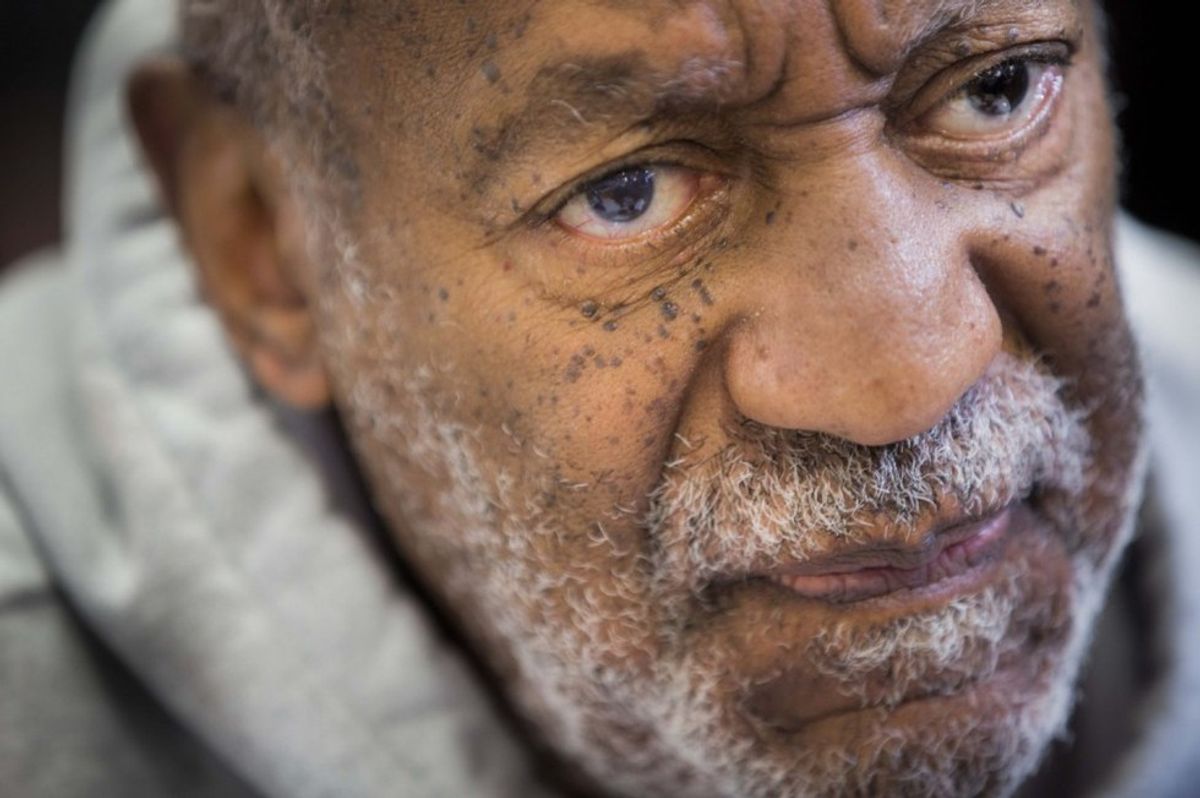 In 2004, Andrea Constand was raped by Bill Cosby. A year later, Constand decided to sue Cosby in civil court. By the time the case settled, 13 other women came forward with reports that Cosby sexually assaulted them. Now, over 40 women have accused Bill Cosby of sexual assault, but it took a confession from Cosby for our society to believe the victims.

That is truly terrifying. Why were these women not believed when they first came forward with these allegations?

Constand reported the incident to the police in 2005, but the District Attorney decided not to press charges because of a lack of physical evidence. Another victim said she went to a lawyer with her assault, and he claimed that she was fabricating the story. Sadly, this trend is the norm for the other women who have come forward with accusations against Cosby.

Women had been accusing Cosby of rape for over a decade, and while some people achieved minor media attention with their stories, the public didn’t seem to care. No one cared about the 2005 charges until a male comedian called Cosby a rapist in a video that went viral. Only then were the charges taken seriously by the public. When asked about what he said, the comedian said he was just using information easily accessible on the internet. He said anyone could have gotten information on the charges from a simple Google search.

I understand that part of the initial lack of public reaction is because Cosby’s role on The Cosby Show. No one wanted to think that the man who played “America’s dad” was actually a serial rapist who drugged young girls (some as young as 15). However, when so many women come forward with similar stories, there needs to be serious doubt about Cosby’s innocence. Furthermore, now that court documents have been released where he admits to his crimes, there should be no doubts about his guilt.

But the fact that there is still doubt shows us some important trends in our culture.

Firstly, our society doesn’t believe victims. Over 40 women have come forward, all with similar stories involving drugs. However, people are still defending Bill Cosby. This week, court documents were released from the 2005 lawsuit against Cosby, in which he admits to drugging and raping Constand, and paying other accusers to keep quiet about his attacks.

And yet, all over my Facebook wall, people are claiming he is innocent until proven guilty. And while this would be true (had he not admitted his actions under oath), this phrase is never used when people are charged with other crimes. The norm is to assume that if a person is arrested, they are probably guilty.

So why is the opposite true for accused rapists?

Even in cases where there is hard evidence of an attack, such as a video tape or hospital visit, juries are skeptical to believe victims. One specific example is a case in 1989, where a jury acquitted a Florida man accused of rape, despite video evidence. The jury foreman said that because the woman was wearing a miniskirt: "We all felt she was asking for it."

Thankfully, this caused public outrage, which led to new legislation regarding what information defense attorneys can use to defend an accused rapist (for example, what the victim was wearing). However, in other states, juries can still be asked to consider whether a victim was "asking for it" by drinking, wearing certain clothes, or voluntarily entering an apartment.

This leads to my second point: Our society blames victims for their attacks. When asked why she waited so long to report the incident, one victim said, “It never works out [for the victim], unless you’re bleeding and there’s DNA and an eyewitness. I was 19 and he was the king of the world... Nobody would've believed me."

The sad thing is, she’s right. Our culture has a way of putting the blame on victims.

Like with Constand, sometimes the police choose not to press charges because of lack of evidence. It can take months or even years for a survivor to be able to talk about what was done to them. By this time, most physical evidence of an attack is gone.

Or, like most of Cosby’s victims, it is assumed that the victim is lying or did something wrong. The probing questions that survivors are asked, from “What were you wearing?” to “How much did you have to drink?” show that our culture is skeptical towards victims.