Being Positive: The HIV/AIDS Crisis
Odyssey

Being Positive: The HIV/AIDS Crisis

The outbreak that devastated the world. 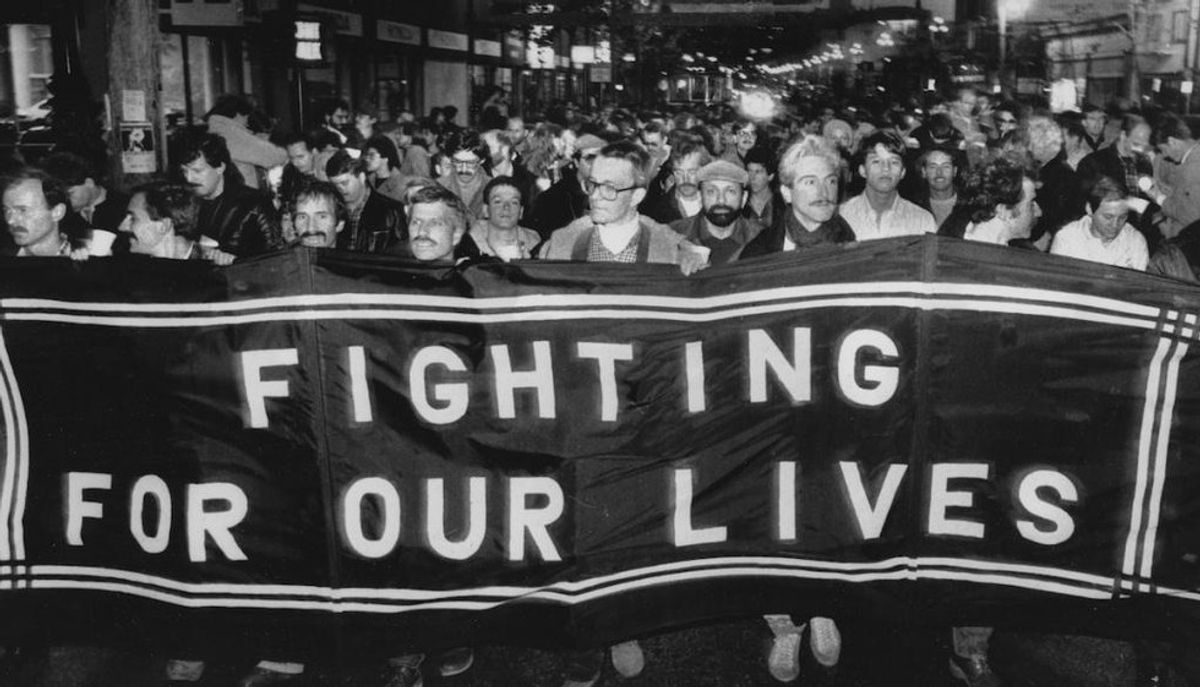 "All of my peers died of AIDS and I have no one to celebrate my past or my journey, or to help me pass down stories to the next generation." — David Mixner

When first discovered, AIDS reeked havoc throughout the gay community. Before realizing that it could also be contracted by women and through the use of dirty hypodermic needles, it was coined “the gay plague” and “gay cancer.” This is the story of how it became an epidemic:

In 1959, a man in the Belgian Congo visited a Kinsasha health clinic complaining of fatigue and joint pain. The clinic checked out his illness, and though bizarre, they could not find any serious cause of these problems. Soon after, the man’s health deteriorated and he died. Forty years later, tests performed on samples of the man’s body tissues and blood saved by his doctors came back positive for HIV.

On June 28 of the same year, Ardouin Antonio, a Jamaican- American shipping clerk working in New York City died of an extremely rare opportunistic infection, Pneumocystis carinii pneumonia—a disease that we now associate with AIDS. Usually, people don’t die from this illness alone. In fact, instances of the disease existing alone are so rare that the doctor responsible for performing Antonio’s postmortem examination found “the first reported instances of unassociated Pneumocystis carinii disease in an adult.” The case was an oddity, and was published in two medical journals. Years later, although it has not been proven, it is widely speculated that Ardouin probably had AIDS.

There isn’t too much information available on HIV during the early 1960s. However, it is believed that a viral variant, HIV-2, which was found in West Africa, was transferred to people from monkeys in Guinea-Bissau during this time. We also know that around 1966, HIV reached Haiti, and was the first known case in the Americas.

Then, in 1969, a slender, reserved, 15-year-old boy named Robert Rayford died in a St. Louis, Missouri hospital. Because he grew up in a poverty-ridden African-American ghetto in St. Louis, most of his life is a mystery. Doctors described him as “mildly retarded.” When doctors examined the boy after checking himself into the hospital, they discovered that his legs and genitalia were covered in sores, and that he had acute swelling in his pelvic region, which eventually spread to his legs as well. The doctors misdiagnosed it as lymphoma. He was lethargic, pale and had difficulty breathing. After telling the doctors that he had been suffering from these symptoms for the better part of two years, they decided to perform more tests, which revealed a chlamydia infection. Doctors caring for Rayford suspected that he had a sexual relationship with a male, and requested to perform a rectal examination, which Rayford declined. His white blood cell count dropped significantly, and his immune system shut down. He died on the night of May 15, 1969, and years later, tests proved that he was the first confirmed case of AIDS death in the United States. But HIV/AIDS won’t be discovered for another decade, and people continue to die mysteriously.

The only known risk factor at the time was homosexual activity.

In 1972, the gay scene in San Francisco, New York and Los Angeles was growing. And a French-Canadian airline steward named Gaetan Dugas became sexually active, and frequented each of the cities to immerse himself in the gay community. He was handsome, and his accent made him even more attractive. Little did he know that he would be the cause of an outbreak that kills thousands of people in the U.S. each year.

Meanwhile in Norway, a long haul truck driver named Arvid Noe was working shifts driving through Europe. He had a wife and young daughter, but often sought comfort on his long journeys away from home. He used to be a sailor, and had twice visited Africa. But now… he drove a truck, and had sex with women across Europe. Soon, he began to experience joint pain, lung infections and lymphedema. His conditions progressively worsened, and he developed problems with his motor skills and dementia. His young daughter also fell ill, and died on January 4, 1976. Arvid died on April 24 of the same year. Later tests revealed that Arvid probably contracted HIV during his time as a sailor in Cameroon. His daughter is the first confirmed death of AIDS in Europe, as well as the first pediatric death from AIDS. His wife died soon after. Little did he know that he was the source of the AIDS epidemic in Europe, let alone that he was killing himself and his family.

According to "And The Band Played On: Politics, People, and the AIDS Epidemic," everything started to change in the '80s.

1980 — Gaetan Dugas walks into a gay bar and scans the crowd. “I’m the prettiest one," he says to his friend, as he usually did when he went out. It was a tradition of theirs. They laugh, and have to admit that his statement is true. His flowing blonde hair and suave demeanor infatuated anyone he talked to. His sexual life was in full swing, and he felt right at home in San Francisco, where the gay nightlife was some of the best in the world. With raging disco parties, dozens of gay bars, bath houses and a plethora of young, attractive gay men to choose from, Dugas was in his element. He didn’t feel sick at all. But he did have cancer. He knew that.

He had gone to the doctor to get a little purple bump removed from his face. He wanted it it removed to keep his superb complexion. It was biopsied, and a couple of weeks later he received news that he tested positive for a rare form of skin cancer— Kaposi’s Sarcoma. Maybe this explained some of the swelling in his pelvis and neck... Dugas did what he needed to do to beat the cancer, but kept up with his extremely active sex life. As he began to get more and more bizarre symptoms, he sought out more treatments, but made no efforts to curb his sexual activity. After all, it hadn’t been proven that these issues were sexually transmitted.

To put Dugas’ sexual life into perspective, when asked about his sexual partners, he estimated that he had about 250 sexual partners during the course of a year. After lamenting on his estimate he corrected himself, saying that upwards of 300 was probably more accurate. He had had thousands of sexual encounters over the years, and being an airline steward, he was able to have sex all across the globe.

According to Randy Shilts, in 1979, a gay school teacher in New York was sent for blood tests. He had a persistent rash and inflammation. The rash turned out to be Kaposi’s sarcoma. The doctor discussed this bizarre case with many other doctors and specialists, and soon received word that there was another gay man just 20 minutes away with the same rare condition.

These two gay men in New York knew Dugas, and told the doctor that their friend had been suffering from the same thing.

Dugas still carried on with his promiscuous lifestyle, though more purple spots were beginning to appear on his face, neck and legs. He frequented the bathhouses in Los Angeles, San Francisco, New York and Vancouver, where the light was dim and he could still feel attractive. The men there didn’t notice the spots so easily, and Gaetan could continue on enjoying their company.

Although it hadn’t been proven yet that this was a sexually transmitted disease, more and more studies were saying that it was believed to be linked to homosexual activity. Dugas couldn’t have cared less. After having sex with one of his partners, the man noticed the purple spots on Dugas’ body. Sadistically, Dugas answered, “Gay cancer. Maybe you’ll get it too.”

Dugas had agreed to talk to a doctor performing a study on gay men affected with these symptoms, and disclosed to her in an interview that one of his partners, Jack Nau, was in a New York hospital, also ill. This was the first time two patients were confirmed as sexual partners, but Dugas’ file was lost by the CDC because he was not an American citizen.

The studies continued for many months, and Dugas’ name kept coming up in interviews with other patients. Gaetan was either their lover, or their lover had had a relation with Dugas and had since fallen ill and passed away.

After the studies concluded, it was discovered that Gaetan Dugas had had sex with a large portion of the first men in this outbreak, who had then transmitted it to their partners. This started a chain reaction, which lead to an epidemic of millions of HIV positive individuals in the United States today. This is called the “patient zero” hypothesis, and one that will affect generations of people across the globe.