A Word On Being Mixed

A Word on Being Mixed

Check- and I cannot stress this enough- yourself. 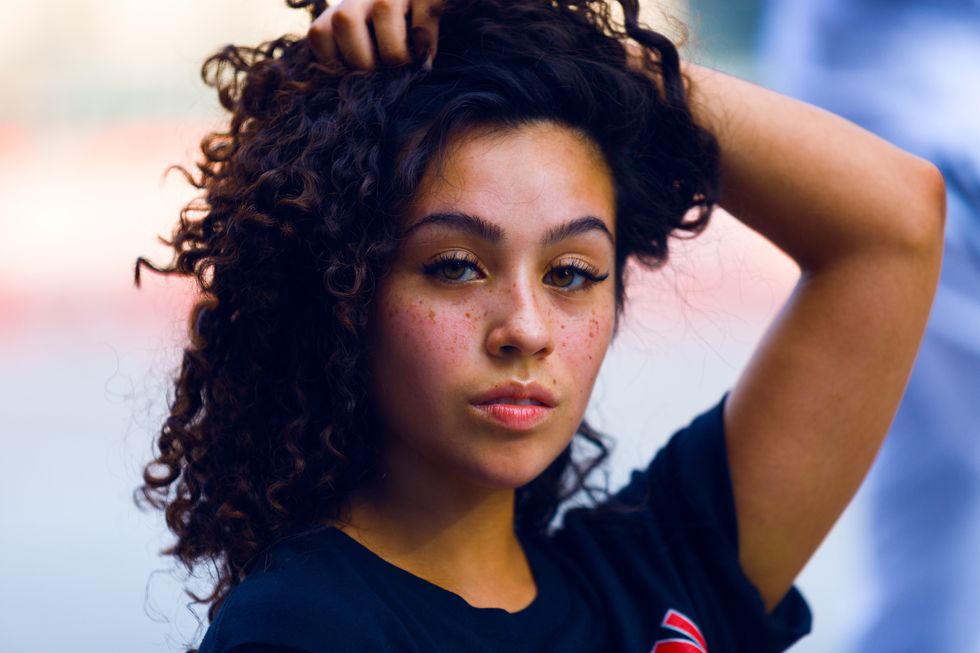 When I grew up, people often forced me into playing a guessing game with them. The objective was to figure out "what I was." "Are you Mexican? Puerto Rican?" they'd ask. Then came the creative guesses: "Ooh, Guatemalan? Iranian??" Finally, when they'd run out of ideas, I'd say, "I'm black and white."

The response to the truth was always the same. "No, you're not black." I was always told I was lying or wrong about myself. Ah, yes, stranger, please tell me more about who I am.

They would say things like "But you're pretty" or "But your hair is nice." So at a young age, I learned that to a lot of people, black did not equal beautiful and that most people wouldn't easily grasp how I identify myself.

Flash forward to college when I had another run-in with my racial identity on a study abroad trip. A classmate and I were having a pleasant conversation inside of an Italian cathedral when he made a comment about me not looking American and that I could pass for European.

The conversation rolled on, but his comment struck me immediately. Why don't I look American? Because I'm brown? If my skin were white like his, would I then "look American" enough? Are America and Europe not comprised of every walk of life, including a multitude of shades that aren't white?

The same things are said online. Comment sections are full of claims that mixed people aren't "enough" of one race to be considered a part of it. People say we should "choose a side," or we straight-up get told we are not who we are.

Oftentimes, the ongoing discussion turns into one about the colorism deeply embedded in our society- an issue that calls for a separate article entirely. But the point is, regardless of how light or dark a mixed person's skin is, no one has the right to tell them who they are. We know who we are, and we don't need to argue otherwise.

What my biracial life has taught me is that people place their racial expectations on others depending on their individual perspectives. When you see someone and your brain can't immediately categorize them based on their appearance, it is not your place to decide their identity and force that on them.

You cannot tell a person who they are, "what" they are, or who they should be based on assumptions from your own understanding.

Although our brains feel safe categorizing this way, take a step back and think about why you feel the need to interact with someone a certain way based on what they look like. You might think that since America is becoming more mixed by the minute, we're past treating people like specimens to figure out before we can engage.

Wrong. Awkward conversations still happen to us every day. Sometimes with our own friends and family, not just curious coworkers and nosey strangers. If you must know, stop asking "What are you?" It's 2019, and we're over that. Maybe try, 'Would you mind my asking what race or ethnicity you identify as?"

Next time you might talk to someone you can't "figure out," try talking to them like a person you're used to talking to. (In other words, just be yourself.) When you come from an open perspective and care less about a person's racial makeup and more about who they are inside, interactions tend to go a lot smoother.

Sometimes it's hard to feel like you belong. And sometimes, it takes a lot of time to learn to love all the different parts of you.

So be polite, please. Don't ask if we're adopted. Don't ask if we're more one race than another so you can decide what is okay to say around us. Don't touch our hair. Don't say "You're pretty for a black/Asian/Native/etc girl." Don't debate our heritage with us. Don't stare. And don't try to box us into a category, because we don't fit in just one.