Being In The PNM's shoes
Odyssey

Being In The PNM's shoes

The ugly and pretty truth about sorority recruitment. 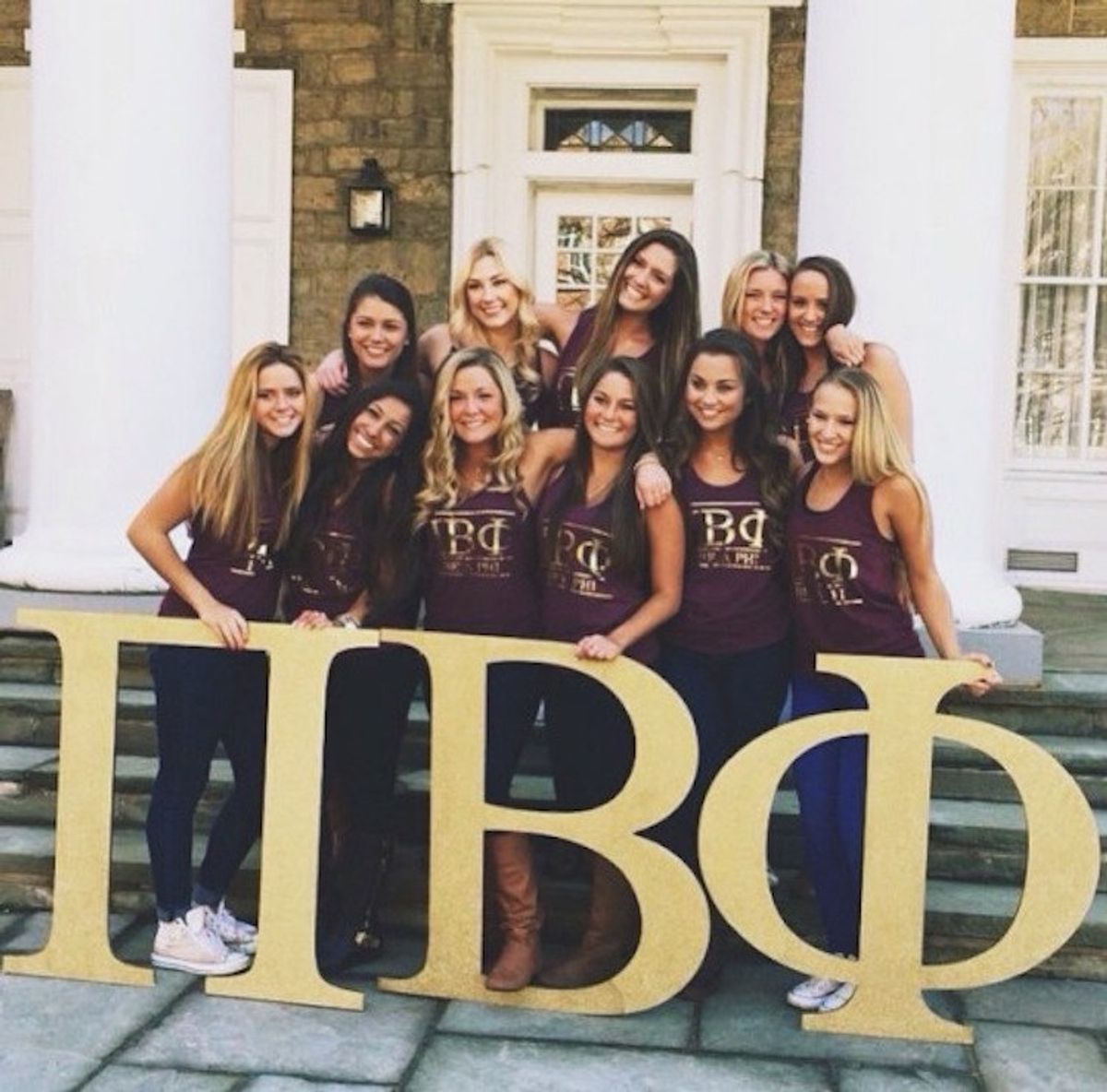 Sorority recruitment, rush week, hell week or whatever you want to call it is honestly one of the strangest experiences I have yet to go through in my lifetime. About two years ago, I hesitantly signed up to go through recruitment at TCU. Being a scared, anxious freshman as it was, recruitment was the last thing I wanted to deal with during my first week away from home. Say goodbye to your parents and hello to a week of tears, stress and judgmental girls cutting you if you're not deemed worthy to join their club - sounds great. I've always been somewhat of an introvert until I'm comfortable with people, and forcing myself to converse with girl after girl, hour after hour sounded completely exhausting and miserable to me.

Being in a sorority never actually appealed to me in high school. The image I had of them in my head was stereotypical, like something out of a Sydney White movie. Why would I want to prove myself to a few girls that I'm good enough to be friends with them? I wanted to make friends naturally, not because I was able to prove myself worthy based off of a five minute conversation. I thought college was supposed to be a place where one could be independent, free from the limitations of cliques and labels that seemed so important in high school. Sororities seemed almost like having multiple cliques, putting people into a hierarchy depending on the level of tier their sorority's reputation had earned on campus.

With this attitude, the week began. Meeting the girls in my rush group, I soon learned that many of them were actually excited for recruitment, an idea which blew my mind. Unlike me and my complete lack of understanding of Greek life until about a month ago, these girls had been fed stories about it their whole lives, excited for their place in a tradition that had been in their family for years. For them being in a sorority was not a option, it was simply their future. These girls knew exactly what they were getting themselves into; some had strong legacies and connections with certain houses, and others had even gone through training so that they could have a good chance. With none of these skills or advantages, I began recruitment.

Walking into the first house I was completely blown away. For those that are like me and don't know what to expect, expect it be very overwhelming and loud. As you step through the doors, you will feel like hundreds of girls are clapping, singing (more like shouting) and smiling at you from all directions. Even when you're settled in and talking one-on-one with a girl, you're still yelling, straining to be heard over the hundreds of others in the room and nodding and smiling when you have no idea what she's saying to you. While I was overwhelmed at first, as the days went on, the yelling became routine and the overly-friendly surface-level conversations turned into more genuine ones.

While I can't say rush week was a joy ride, it ended up going better than expected. Instead of thinking about our conversations as tests to see whether I was good enough, I began thinking of them as simply what they were - conversations. If the girl and I didn't get along, then I probably wouldn't be happy in the sorority anyways. The girls in the sororities are not to be idolized and they aren't there to judge or classify you. Most of them were in your shoes only a year ago, so they understand being in your position.

I ended up in a sorority that has led me to make some of the best friends I could ever ask for. It has presented me with opportunities that I would otherwise might have not come across, and it has given me something to be a part of in college and for the rest of my life. While the story may have ended well for me, I have a few tips for the PNMs about to embark on the journey that is rush week.

One bad conversation is not a reason to completely give up on an entire group of girls, and one person's positive or negative opinion of a sorority doesn't necessarily mean it's a place where you'll be happy or unhappy.

Don't take it too seriously.

Remember that being in a sorority is truly not the most important thing in the world. In the heat of the moment, it will seem like it is (I know because I couldn't have cared less going in, but later felt like my world would end if I didn't get the one I wanted). The sorority you end up in may seem like the most important thing freshman year, but by sophomore year and on, nobody cares. I also know a lot of girls who dropped their sorority after a few weeks or didn't rush until sophomore year, and they are completely content.

Ignore the stereotypes; focus on you.

Know that the stereotypes that embody each stereotype are not accurate. There are about 200 girls in a sorority; every single girl will be different, and you are bound to find people you connect with from a group that big. Also, just because a sorority is considered desirable or higher-tier doesn't necessarily mean it's the right fit for you. The most important thing to focus on is how you feel in the house because you're going to have to be friends with the individuals, not just reap the benefits of a good label.

As cliche as it sounds (and you'll hear this a million times throughout rush), it really will all work out in the end. All you can do is try not to take it too seriously and be yourself. Good luck, PNMs!!