It’s crazy how ridiculous people act over a woman embracing being just that... a woman. 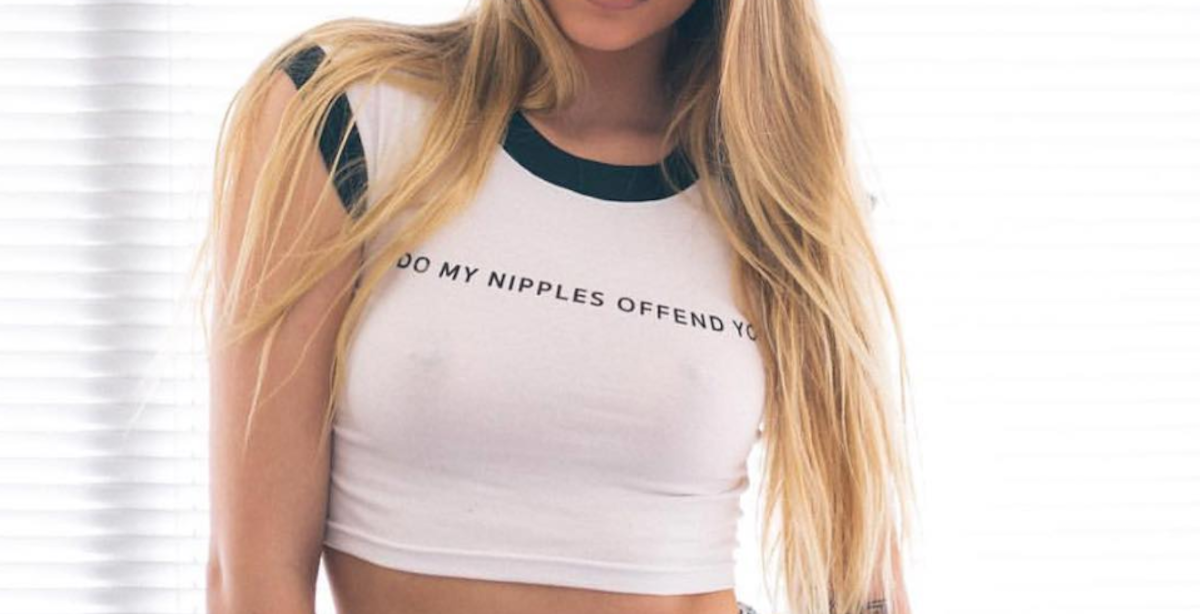 I remember being in third grade when the first comment about my weight plummeted me into a pit of embarrassment. It was in the middle of class when we were discussing our ancestries and when my teacher mentioned whales, some kid blurred out, “Is that where Cassie’s from because she’s so fat?” The classroom erupted with laughter, so I ran out of the room and cried in the crusty bathroom stall.

I had always been overweight ever since I was young, and it wasn’t until middle school that the pounds finally seemed to start shedding off. I was starting to become a young woman, and it started to show — fast.

The chub eventually toned to curves, and all of a sudden I found myself needing to upgrade from a training bra to wearing an actual bra — the day I had been waiting for since I was a little girl.

For years following that transition I always felt as if I had to wear a bra or it wasn’t socially acceptable. To not wear a bra was seen as horrendous where I’m from, and so it wasn’t until I graduated high school that I stopped caring and wearing, and I haven’t had a regret since.

With losing the bra I have gained so much more, and here are a few of the greatest lessons I’ve learned since beginning my journey:

1. You will get stares, and many of them will be glares

It’s crazy how ridiculous people act over a woman embracing being just that... a woman.

Once you get over the initial shock of freedom (in other words the awkward nipping and bouncing experienced) having to wear a bra will feel like a chore.

3. Anyone who has an issue with you going braless is not worth your time in the first place

They're a natural, beautiful part of a woman's body. Not to mention, your mother did not breastfeed you only for you to grow up and hate on boobs. C’mon now.

4. The see-through shirts will get you every time

At this point, I don’t even want to know the number of strangers that know the color of my nipples.

Okay, not everyone is as materialistic as me and can probably find a bargain bra for under $10. BUT, if you’re like me and many other women I know, we like to buy branded bras like Victoria Secret or Calvin Klein, both of which carry a pretty price tag of sometimes over $50! Now think back to all of the bras you’ve purchased in your lifetime...I’ll let that one sink in.

You have rebelled against the convention of needing to wear a bra, you can now do anything. Consider yourself a superhero. Extra badass points if yours are pierced.

7. It’s not always sunshine and rainbows

Just like with your hair, your boobs have bad days too. Some mornings you wake up and lefty is looking a little lopsided, or righty is looking a little rattled. We have all had our own days where we’ve needed a break, your girls are no different. Throw on a big hoodie and give ‘em the day off.

8. Your boobs are not the same size

Don’t freak! It’s completely normal to be asymmetrical and it’s nothing to be ashamed about. The bigger boob is just a bully and picks on the other one, making her feel small. It makes complete sense if you think about it.

9. BOOBIES ARE BEAUTIFUL JUST THE WAY THEY ARE

...which is exactly why yours don’t deserve to be hidden behind a bra. Let the ladies loose!