The result of taking drugs is a magical thing. 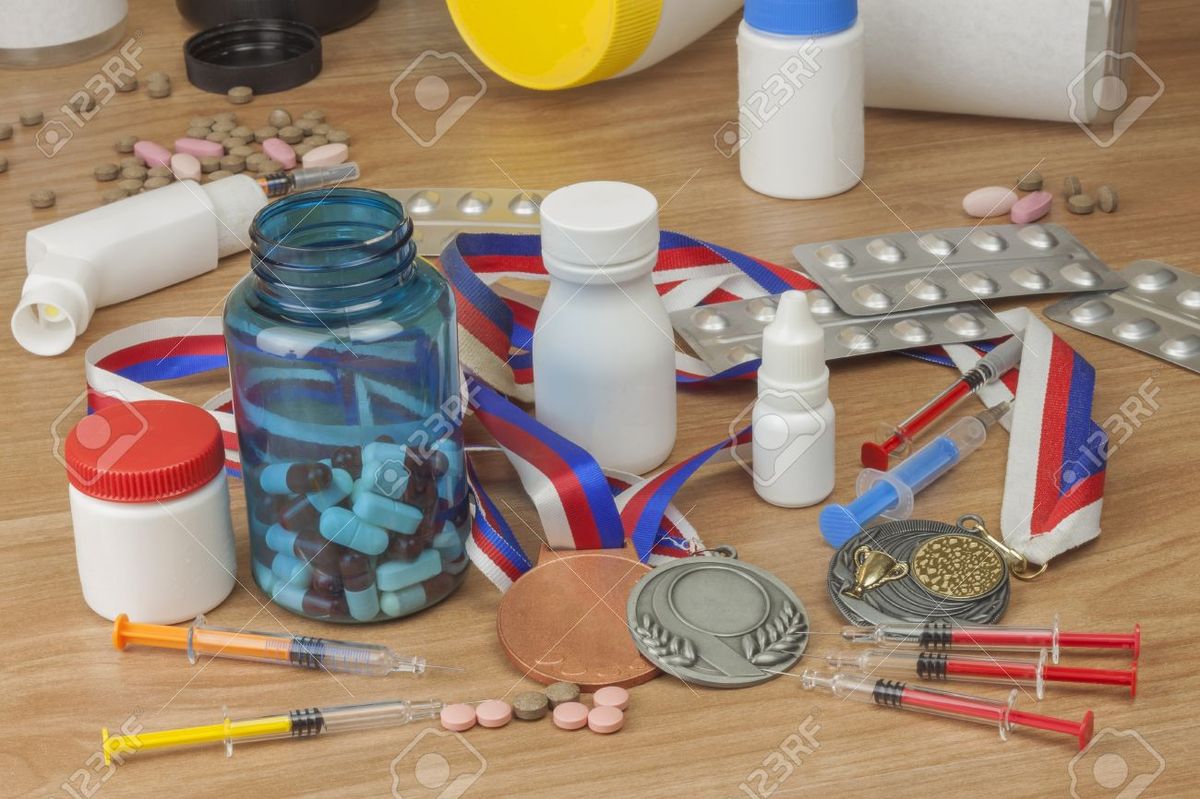 Do you realize how insanely gross some methods are that athletes use to win in competitions? When having to take drug tests, famous athletes have been caught with inserted catheters in their penises to fill their bladders with urine that will bypass a drug test. They even use prosthetic penises and sometimes whiskey is put into their urine to cover up the performance enhancing drugs (PEDs) from being detected. What do we have to do to stop these types of athletic drug scandals from occurring? Should the sports leagues reduce all of these athletes’ salaries by millions of dollars so they will not feel as pressured to win? Should the Olympics be banned once and for all? These innocent athletes were just babies a couple decades ago and now they look like colossus monsters from steroid use. This is not only unhealthy, but it is petrifying. This leads to the fact that athletes are not the only ones to blame for using PEDs.

Somehow athletes feel so compelled to get some PEDs that they would risk everything. They endanger their physical health, reputation, and their mental health which many people do not realize. I guess getting that edge over an opponent is truly worth it. While being the captain of three varsity sports in high school, of course the thought of PEDs crossed my mind. I knew people on my school’s football team that used drugs. Most of the time the specific drugs used were steroids which tear muscle in order to increase muscle mass and strength. I could never imagine doing that to my body though. For two main reasons. One is the health risks and the other is that females have some bad effects while on steroids. That must be why males are more likely to dope than females.

According to an article written by Casa Palmera, a treatment center focused on drug and alcohol abuse, they seem to know quite a bit about this topic. They list some anabolic steroid side effects in males. They are reduction in testicle size, low sperm count, infertility, and prostate cancer. For females, it seems even worse. Some side effects are facial hair, deepening of voice, baldness, enlarged clitoris, and menstrual dysfunction. That is absolutely petrifying in my opinion.

Mental health effects are just as detrimental. Athletes can eventually start to rely on these drugs to survive or to just to get through the day. This is when it can become fatal for them. Specific to the teenage population, NBC News wrote an article that says, “What we worry about most is people getting so depressed that they become suicidal," says Dr. Kirk Brower, head of the University Of Michigan's Chelsea Arbor Addiction Treatment Center in Detroit. "This is because “Adolescents are more vulnerable to [steroid withdrawal] because they’re already at a high risk for suicide.” It is insane how just some PEDs which are used to help you can have such life-threatening side effects.

Now even though a majority of PED users appear to be male and in America we only focus on ourselves most of the time, there is a vast portion of high school, college, and professional athletes across the globe using these illegal drugs. An astonishing fact from ProCon is that “Of 52 German athletes given anabolic steroids during the 1970's and 1980's, one quarter got some form of cancer, one third reported attempts of suicide, and the risk of miscarriage and stillbirth was 32 times higher than in their general population.” This needs to be put to a stop.

Not just in Germany, but in any country on the planet.

Now through showing the detrimental effects of these drugs on an athlete’s body, will athletes stop using them to improve their strength and skills? When I sprained my ankle playing soccer a couple years ago, I was given naproxen. There was about 60 pills in just one container and I was told that I will get a refill. Do the math. That is exactly 120 pain pills for a minor sprain. I only missed three games and I barely even needed all of those pills. I recall taking them the first couple of weeks and then I stopped because I did not feel like I actually needed them anymore. Now I have about 100 naproxen pills that are having a great time just hanging out in my bathroom’s cabinet.

If I really wanted to I could have taken them before all my sports games to not feel any pain whatsoever. Then I could have been invincible by abusing these drugs that were just thrown at me. I chose not to do this, but there are thousands of athletes around the globe that choose otherwise. Ultimately, this needs to be put to a halt.
Report this Content
This article has not been reviewed by Odyssey HQ and solely reflects the ideas and opinions of the creator.

Nicole Marie Nigro
Individual Creator
9567
c1.staticflickr.com
Where to start...... Let me start with the cliche that life throws us curveballs and what we do with it is what counts.