Thank You, Baylor, For Taking My Cell Phone
Odyssey

Thank You, Baylor, For Taking My Cell Phone

I lost some Snapchat streaks but quickly found myself. 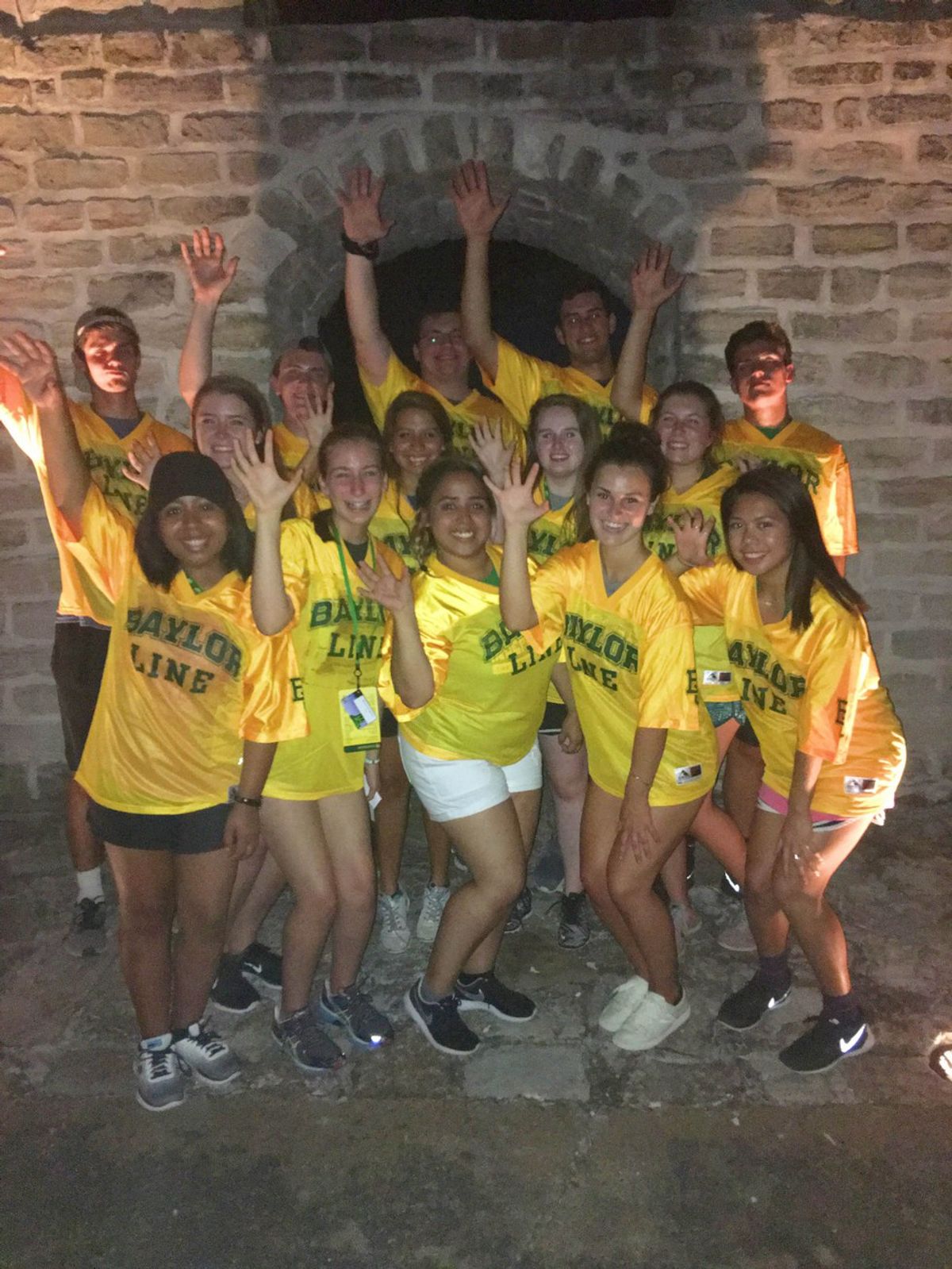 Today I picked up my cell phone for the first time in four days. I did not send a single text, tweet my inner thoughts, or Snapchat my most flawless selfie in 96 hours. Although it felt great to connect to the Internet once again and hold my trusty cell phone in the palm of my hand, I would turn my phone in for another month to simply experience Baylor University’s Line Camp just one more time.

When I first told my friends attending other universities that a requirement for Line Camp, a camp designed for incoming freshman at Baylor to meet and connect before the start of the semester, was to turn in my cell phone and keys, the response was mostly the same. It was a mutual agreement that it was restrictive and “child-like” to retrieve the phones of college freshmen and take away the heavenly freedom of Snapchat and Instagram. I soon realized that I could never have been more wrong in my life.

Walking through the doors of Earle Hall on the first day of camp was terrifying yet exciting. I wondered if maybe I could meet my new best friends there and make incredible memories that would last a lifetime. I was also afraid that the reserved side of me would wash over, and my fear of delving into the unknown world that is college would restrict the development of new friendships. We were placed into small groups quickly after saying goodbye to our parents and being stripped away of cell phones. We were all strangers that first night, glancing away quickly after making eye contact and sitting in unsettling long pangs of awkward silence.

After a long first day of camp activities, I collapsed in my dorm room on the first night during free time and instinctively reached for my phone in order to appear “less awkward.” But I couldn’t. I didn’t have the escape from reality. I quickly realized that I was being forced to walk out of my room, step outside my comfort zone, and really get to know these strangers that I had been grouped with.

I soon discovered that my small group included the most incredible, unique, and inspiring 12 freshmen that I had ever met. After four days of exploring Baylor's beautiful campus, praying hand-in-hand, and staying up until 6:00 a.m. to talk about the craziest and funniest stories, I soon forgot to worry about my Snapchat streaks and retweeting posts on Twitter. My eyes were open to these incredible strangers that became my family.

The fear of finding friends was quickly erased from my mind. I engaged in some of the deepest and most intriguing conversations because I was not distracted by the buzzing in my back pocket. I had the opportunity to feel the presence of Christ around me at Baylor because I didn’t have to post a picture of the skyline to my Snapchat story. I connected so well with the other 12 members of the group when I realized several factors.

It became evident that relationships can only be built when both people are willing to give each conversation equal effort and attention. By the end of Line Camp, I was not avoiding eye contact with the other campers, I was seeking it. I learned that I did not want to simply know the others’ hometown and major. Instead, I wanted to know about their families, their passions, and who they truly wanted to be.

The final and most important thing that I learned after my Line Camp experience was to be myself. It sounds cheesy, but I learned through countless activities, meetings, and small group time that authenticity is one of the most essential attributes a person can have when developing lifelong relationships. I soon discovered that I was able to act more naturally with people I had barely known for four days better than with some people that I had known back home for years. Being authentic and open-minded without the distractions of what others expect you to be on social media is the most refreshing feeling. I did not have to interrupt a conversation to prove to someone on Snapchat that I was having fun. I was simply living in the moment. I was living. I was savoring the moment through my own eyes instead of focusing on the reactions of others through social media.

I appreciate Baylor for taking away the rights to my phone. Thank you, Natalie, for being the best Line Camp leader and pushing the 13 of us baby bears to connect on a spiritual and personal level. Thank you so much to my new best friends of whom have reassured me that Baylor is the perfect fit for me. Thank you for being so very much like me, while also being so very different. Thank you for the numerous sic ’ems, endless sarcasm, countless inside jokes, personal stories, and deep connections.

Of course, having a cell phone in today’s society is normal. Since the end of Line Camp, I have already Snapchatted all of my friends and posted the cutest picture of my fellow Baylor bears to Instagram. I love my cell phone dearly, but the love and experiences that I have had in these four days will always be captured in my memory longer than the ten seconds that I could have shared it on Snapchat.

Try it, one day. Put down the phone, go outside, and live.