To Everyone Bashing The Women's March

To Everyone Bashing The Women's March 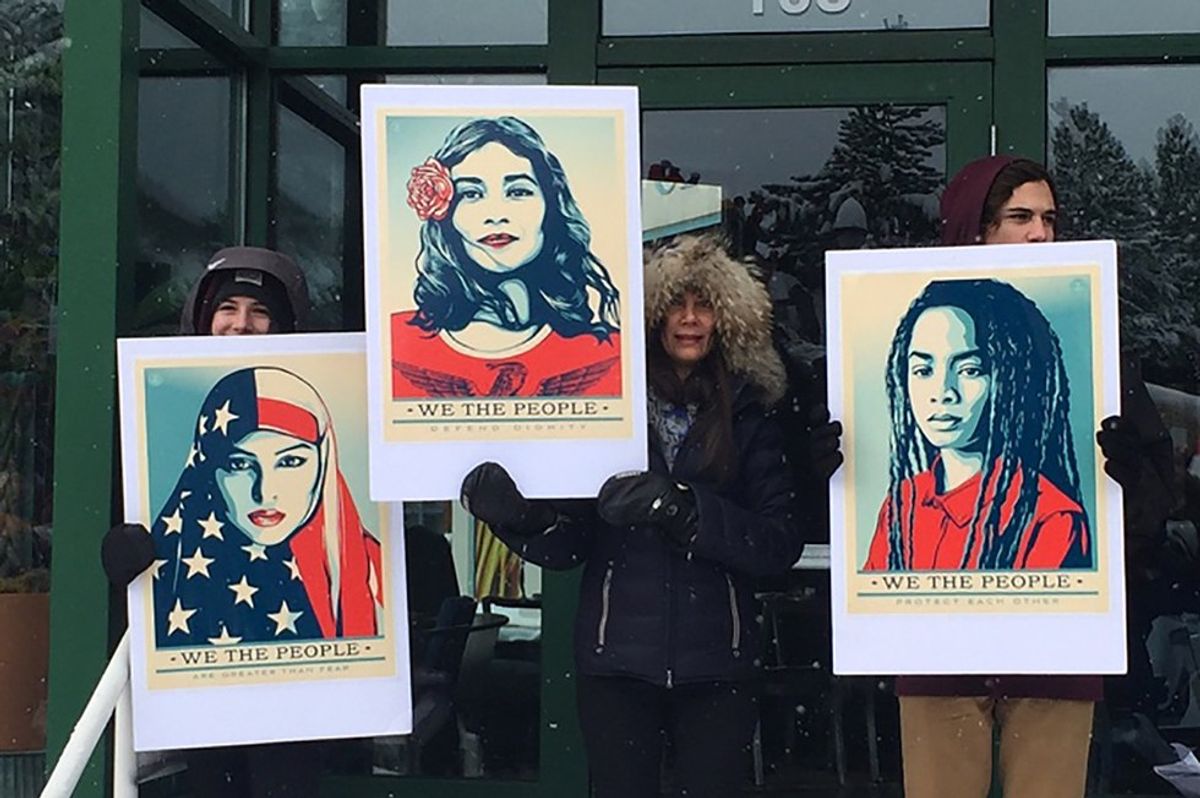 Yesterday, amidst the masses of social media posts highlighting the efforts of nearly three million protestors, I stumbled upon a few less optimistic ones. One woman claimed that as an American, she would not play the “blame game” in regards to the election outcome, and urged her friends to remember that women in many other places across the world have it way worse.

And in many cases, they do.

Women in many developing countries have limited access to education. Women in Saudi Arabia are unable to drive. Women suffer from genital mutilation in countries like Mali and are made helpless victims of sex trafficking across the globe.

So naturally, many of us in America are enthralled with the idea of exercising the right to voice our opinions without threat.

Consider this: the primary purpose of the march wasn't to "bash men" or “avoid taking responsibility" (as one Facebook post claimed). I’ll admit that some of the signs were a bit offensive and vulgar, but hey, Trump’s “grab her by the p*ssy” comment wasn’t? Many of the signs held high in yesterday’s protest were in response to the highly offensive and degrading comments that Trump made in regards to minorities, including women, and his jokes about sexual assault. Now that he is the leader of one of the most powerful and respected countries in the world, it's important that boys and men around the world know that women do not take lightly the fact that this influential man promotes the objectification of women. I also feel that sometimes people forget the influence that our country and the media can have across the globe: the US civil rights movement (just one example) and the way of thinking it promoted was an immense influence for other similar movements in countries tens of thousands of miles away. While some of the language and attitudes of the protestors may not have been ideally “peaceful” in the eyes of some, three million people yesterday proved that they have a voice against inequality and degrading, dehumanizing viewpoints held by our new president, and that is something to be looked up to across the world.

By the way, women are still payed less here in America (on average, 79 percent less than men for the same job), attend colleges that cover up sexual assault cases to save face, and have grown up being told the phrase “boys will be boys” instead of “boys should respect you.” The point being, there are far more subtle, underlying issues that women face than meets the eye, and just because you feel you are treated as an equal in this country doesn’t mean that other American minority citizens feel that same contentedness.

So, it’s fine you didn’t go to the march. It doesn't make you any less of an empowered woman. Just know that for most attendees, it wasn’t about “whining” or the “refusal to accept that a woman lost the presidency.” It was about striving for unity under a leader who divides, and as a word of encouragement for the millions who marched in the sun, wind, rain, and snow yesterday, you succeeded in doing just that.