Nobody Actually Wants A Gender-Neutral Santa

Nobody Actually Wants Santa To Be Gender-Neutral

Don't fall for the headlines that say people are "demanding" Santa be gender-neutral - it's fake news at its prime. 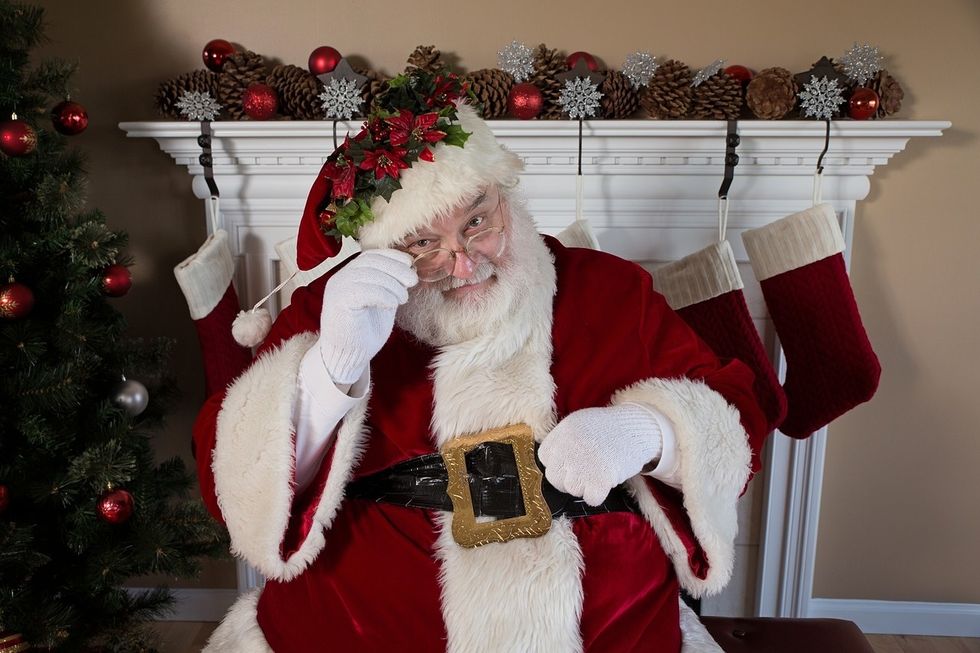 Unless you've been living under a rock or totally off the grid this month, you've probably seen all of the outrageous articles that claim "many" people are demanding Santa's gender be changed from male to gender-neutral.

The claim can be traced back to a company called GraphicSpring, which released a poll about ways to "modernize" the fictional face of Christmas, Santa Claus. One of the poll's questions asked respondents what gender Santa should be, with 70.79% voting male, about 10% voting female, and 18.64% voting he should be gender-neutral.

The results were met with huge outrage and controversy from regular citizens and news outlets alike, all of whom made unsubstantiated claims about how the "majority" of people, social justice warriors, millennials, LGBT+ people, and more were just "demanding" that Old Saint Nick be gender-neutral. The idea stirred up a mess of indignation and fury on social media, too, with many users taking the opportunity to bash "liberal snowflakes," SJW's, and those of LGBT+ identity for continuing their "war on Christmas."

But, amidst all of the culture wars, accusations, and general arguments about this result, no one ever stopped to question the survey itself or the validity of claims broadcasted by the media - which expose the fact that the GraphicSpring poll itself is completely untrustworthy, and statements that gender-neutral Santa is some sort of liberal call-to-action are absolutely skewed and false.

Firstly, GraphicSpring is not at all a research firm or a company that specializes in polling at all - they're a graphic design agency. The poll was simply a PR stunt to promote their "Modern Santa" infographic and brand name by stirring up controversy and pitting people against one another, which is a commonly used and horribly unethical media tactic.

Nothing about the polling method or protocols was publicized by GraphicSpring itself, either. But, when you look at the survey questions themselves, it becomes pretty clear that the study was designed to produce controversial results. For example, not one participant in the survey came up with or produced by themselves the idea of a gender-neutral Santa - it was offered to them as one of three options as to how they would "rebrand" Santa as a modern figure. Real, objective research companies design their surveys to avoid feeding participants answers like that so as to avoid biased results, but obviously, GraphicSpring did not.

Additionally, the headlines from the media about the poll were wildly overstated. The details of the study reveal that out of a voting pool of 733 people, only 174 wanted Santa to be rebranded as gender-neutral. That is HARDLY a "majority," and even farther from a "quarter" or a "third" of people, like some news outlets reported.

Claims that only millennials or SJW's were pushing for Mr. Claus to be gender-neutral are unsubstantiated and completely false as well. As mentioned earlier, GraphicSpring is vague about their survey methods, but they DO state that participants were between 18 and 65, which doesn't exactly fit the millennial category or represent the main demographics of members of the LGBT+ community or liberals. It's worth noting that a graphic and a blog post made by GraphicSpring about the study don't even mention the gender-neutral aspect that dominated the news cycle.

After learning this information, it might just seem like a lazily done study, polling malpractice, or irresponsible reporting at the worst. But, the consequences are so much more than that. Publishing such distorted figures and unethical polling methods, as well as disingenuous media outlets overstating results and making unsubstantiated claims, are commonly used tactics to pit members of society against each other and further our culture's polarization and division. It also serves to distract us from the real issues, too. No feminist, member of the LGBT+, millennial, or even non-binary person cares about changing the gender of a fictional character like Santa Claus. I'm neither LGBT+ or non-binary, but I'm still pretty sure they have more serious problems to be concerned about.

Don't be one of those people who falls for divisive fake news tactics. Focus on the real issues instead of insignificant ones. Before getting outraged at a controversy, do your research and fact-check all claims you come across on social media or in the news. Our culture doesn't need any further disunity or polarization - be the person who works toward bringing opposing sides together, instead.