Things That Are Banned In The U.S.

11 Things That Were Banned In The United States Before Guns 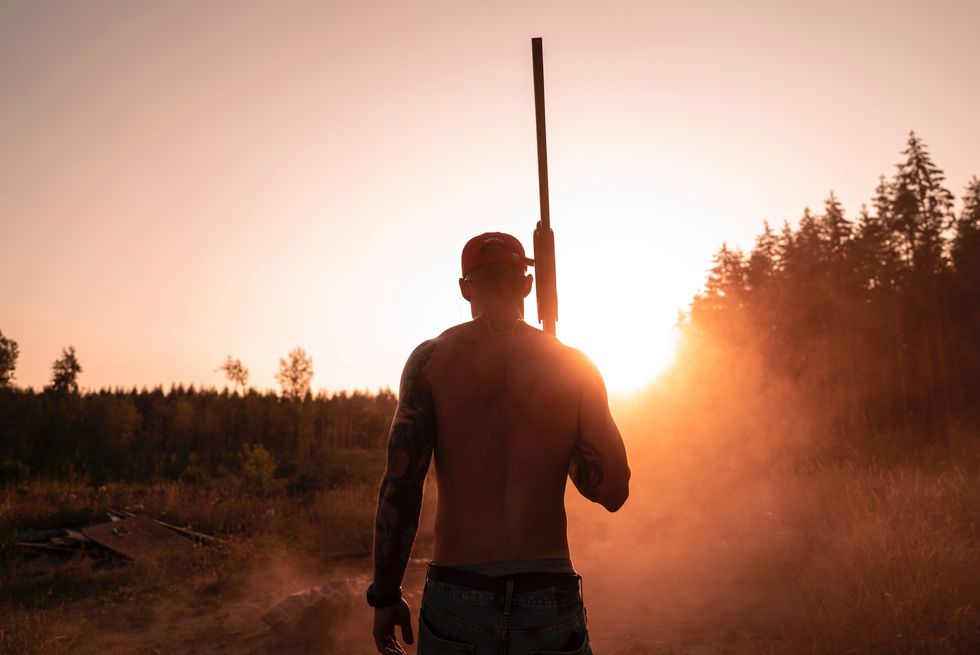 We have all the data we need to tell us that stricter gun laws save lives. There are countries that have outlawed all personal firearms and have has zero mass shootings since. So, what is wrong with America? It seems like we can outlaw everything including a ham sandwich but we can't do anything about guns.

Now, rarely, if at all, do I ever see anyone walking with a bow and arrow, but seeing how most states allow hunting 7 days a week and archery is a known sport popular in many areas, I wouldn't find it too odd to see someone with it. So it's a bit of a head scratcher to know that in Nome, Alaska is it illegal to carry a bow and arrow, when generally speaking bow and arrow hunting is permitted in the rest of the state.

While it might be odd to see people randomly walking around in masks, it's even odder to know that it's actually illegal in some places. In Walnut City, California, you can be fined or jailed for coving your face with a mask---even on Halloween.

In Aspen, Colorado, snowballs are literally considered to be a form of a "missile." The law provides that it is "unlawful for any person to throw any stone, snowball, OR OTHER MISSILE.." And don't think this is just one of those weird, outdated laws that someone forgot to erase. They take it seriously!

In 2013, Florida Governor Rick Scott signed into law House Bill 155, which banned all computers and smartphones in cafes. Now, the law was aimed to crackdown on illegal gambling, but it was so badly worded that it actually made internet cafes unlawful. The law is still in effect, so all the college students without wifi will just have to keep crowding themselves into Panera.

It's a good thing Bedroom Kandi is based out of Atlanta, Georgia and not Sandy Springs, Georgia, because in Sandy Springs they like to police what you do with your private parts. An ordinance on the books actually makes it illegal to buy sex toys in Sandy Springs. And although someone is looking to get the law overturned, it's currently being enforced.

Both medicinal and recreational marijuana is illegal in most states still, which is ridiculous that in of itself, but in Idaho, you can be fined up to $300 or spend up to 90 days in jail just for being in the same house where marijuana is being used.

Again with policing private parts, in the state of Nebraska, it's illegal to get married if you have an STD. Now, I'm sure the law's purpose was to "protect?" But it's also disgustingly invasive and outright weird.

The jail simply isn't big enough! Of all the Netflix and Hulu passwords I've had, none have been my own, and that's the God's honest truth. In Tennessee, it is illegal to share your password for any paid subscription or streaming service.

According to Tennessee Governor, Bill Haslam, the law is mainly targeted at hackers who steal and then sell log-in information. However, the law also makes it a crime for anybody to share their log-in information and allow access to media downloads for free. If you live in Tennessee, this could mean a year in jail and a fine of up to $2,500.

It's not a complete shock that in 2019, millions of Americans are still homophobic af, but you'd at least think our laws would protect the LQBTQA community rather than make their lives hard. Nope!

In Texas, the law prohibits "deviate sexual intercourse" between people of the same gender.

A handful of state and local governments prohibit the collection of rainwater, even in a pond, as one Oregon man who was sentenced to 90 days in jail for, knows. Apparently, the government owns the rain, so if you're thinking of ways to protect the environment by collecting and purifying your own water (like many in other "shithole" countries do), think again! You need a permit for that.

I'm sure we have all seen stories on the news about kids having their little lemonade stands shut down, or Permit Patty's threating to call the police on terrified little back kids, well, it's true, lemonade stands aren't immune to government over-regulation. You also need a permit for that! And some places even require an entire kitchen.

You know what isn't illegal or over-regulated? Guns! Go figure.