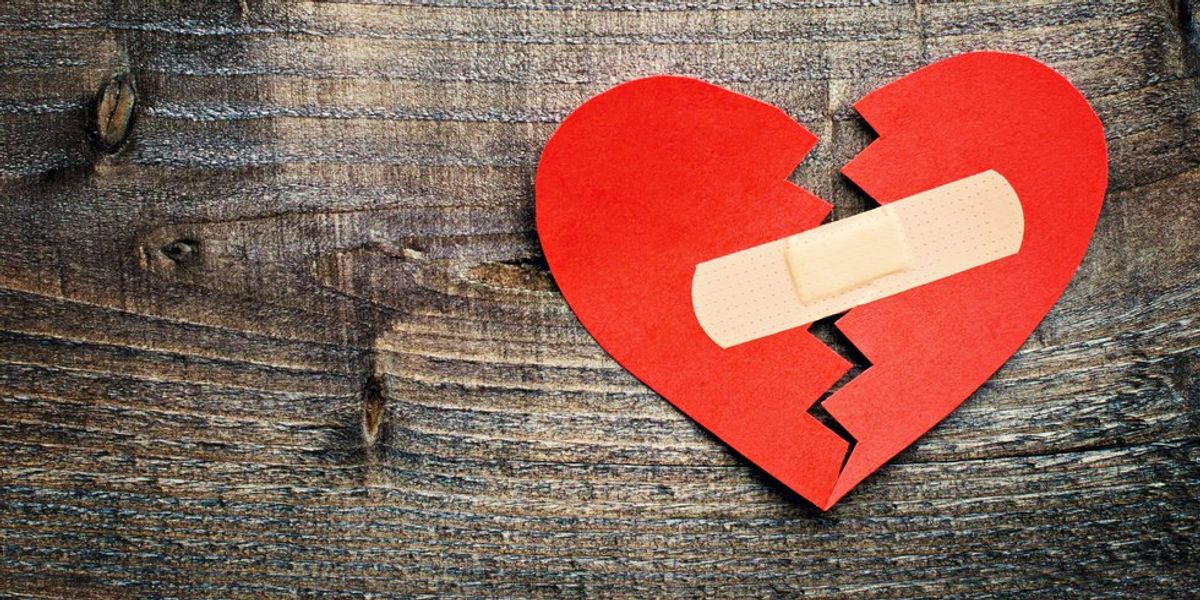 Forgiveness is a virtue I doubt I will ever master. Growing up, we are taught to forgive our sibling that stole our toy and to say sorry to the friend whose feelings we hurt. We forgive because we wish to be forgiven, we forgive because we know the inevitability of needing forgiveness from others someday. For the longest time, I understood forgiveness as forgetting, as allowing the person who wronged me to relinquish their guilt. While this logic worked for the insignificant wrongdoings, my understanding of forgiveness seemed to crumble when it came to real problems. It seemed as though I was no longer able to forgive and forget. Hurt burrowed so deep within me that I was unsure I would ever begin to forgive, much less anytime soon.

Unfortunately, the funny thing about hurt is that if held onto too long, it begins to eat away at you. As much as I tried to hold at arm's length this inevitable truth, it became abundantly clear that at some point I would have to let go for my own sanity.

For the longest time, I felt like I did not need to forgive, I did not need to let go, I was handling it. I did not understand that forgiveness was something for myself, not the other person. I was so torn apart by the hurt I was feeling that I was willing to feel that anger and sadness every day so long as it meant the person who has hurt me would suffer too.

Maybe if they felt as broken as I did, it would be worth it.

Though many people close to me had advised me to try to forgive, their requests were met with disdain and frustration. I felt as though no one could understand the amount of pain I felt and that they needed to respect how long it may take me to forgive. It was not until I took a course in Philosophy that I began to contemplate what true forgiveness could look like.

It is far easier to talk about normative forgiveness in the hypothetical than to actually practice it. Alas, in class we discussed how forgiveness meant the foreswearing of resentment, that one can only forgive what was proper to resent initially, and how one must consciously and intentionally forgive for moral reasons. In other words, we should forgive because not to would be morally unjust. In a perfect world, the wrong-doer would repent and seek atonement for their wrong doing. Regrettably, we do not live in a perfect world. In some circumstances, the person who wronged you will never get the chance to ask for forgiveness or even realize that they should. This leaves us with needing to figure out how to forgive for our own sake so that we can move on.

I wish I could say that forgiveness is a simple process, that it is as easy as saying "I forgive you", but it is so much more than that. It took me quite some time to redefine what my misguided look at forgiveness meant, but once I was able to accept my new interpretation of it, I was finally able to let go.

I no longer wake up every morning feeling plagued by the hurt and anger. That does not mean that I never think about what happened and get upset, but I have pardoned myself from feeling that hurt on the daily, I finally decided that harboring the hurt was no longer worth it.

The path to forgiveness is not painless or uncomplicated, nor is it a swift, but it is a worthwhile one.