Why Everyone Should Be Listening To Balkan Beat Box
Odyssey

Why Everyone Should Be Listening To Balkan Beat Box

An interview with Balkan Beat Box on their new album, tour, creative process, and more! 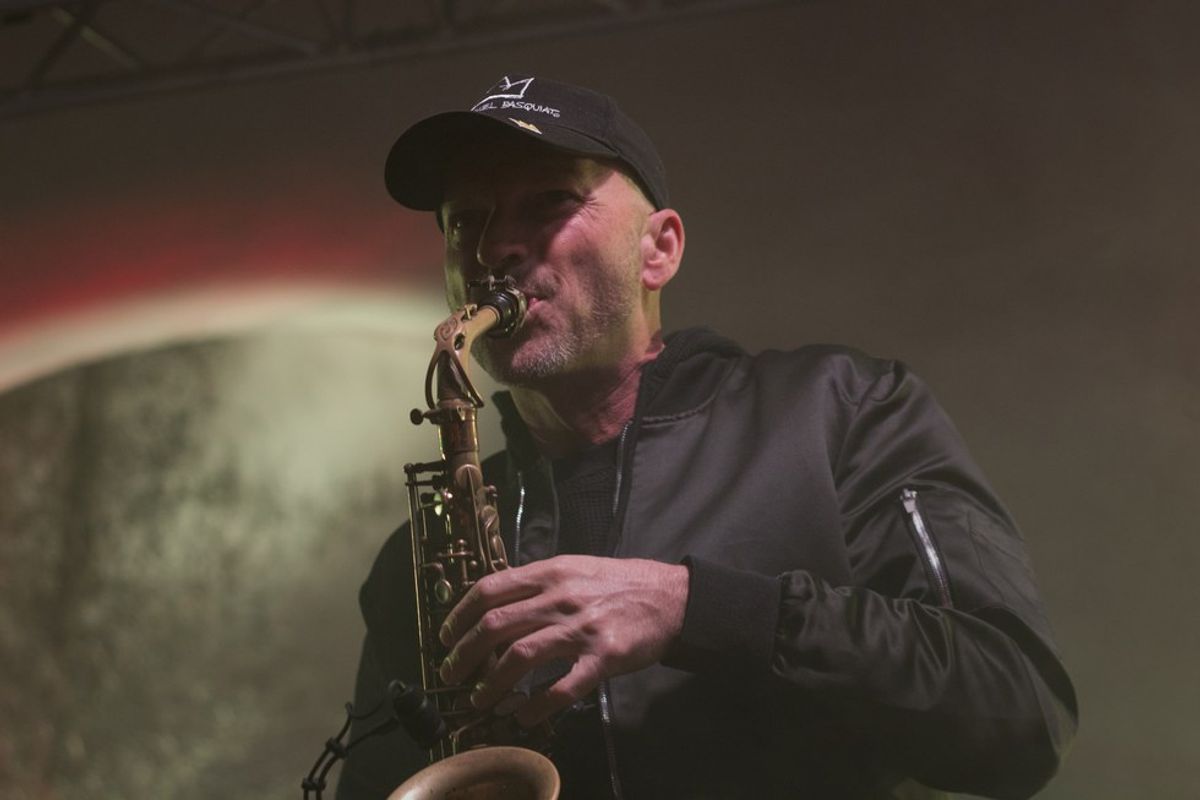 With their new album, Shout it Out, coming out on November 11, Balkan Beat Box is about to reach a new level of success. Ori Kaplan and Tamir Muskat met in New York, bonded over their love of similar music and and formed the band in the mid 2000s. Since then, they have added Tomer Yosef as a vocalist. Their performing style is so unique that not even the band members describe it the same way. I sat down with Balkan Beat Box at LEAF Festival in Black Mountain and asked them about their music, touring, and their creativity.

In your own words, how would you describe your music?

Tomer Yosef: Hip-hop and traditional music are the polarities, but there’s a lot in between. We’ve always been intrigued by mashing up stuff.

Tamir Muskat: World music is more like the folklore side, and we grew up with both that and modern music. We grew up in Israel and then we lived in New York for many years, so it’s been an evolution of mashing up. And you see that in New York, you can walk around and hear something like salsa music on one block and hip-hop on the other. This idea of music from all over, constantly mashing up together and confusing your identity almost, became our forte. Instead of being confused, we just started mashing it up into something that maybe made sense to us in the beginning.

How does that connect to your performing style?

TM: This is always the most difficult question to answer. It’s kind of like a rave.

Ori Kaplan: We perform our music like it's a big party with lots of dancing and a sound system.

What are you working on currently?

OK: It’s our favorite album so far. We always try to push the envelope to something new that we haven’t done before. We started with our first album as more of a DJ vibe, but now it’s more of a solid band. It can let itself experiment and it has the freedom to be stylistic and shift around, and we’ve definitely experimented in the new album. We will be touring in Europe beginning in November to kick off the new album.

Do you have any experiences from performing that stick out to you?

TM: I loved Tokyo, Mexico City, New York, but I also love who-knows-where in wherever. You never really know where a show that sticks out going to come from.

OK: All the elements together make for a great experience. We'll have a good performance, the crowd is always amazing, and so much more goes into it.

TM: It can come out of a struggle sometimes. Everything could be terrible, and then we’d have this one moment on stage where everything clicks. Like the audience combined with how we hear things and the energy. Our kind of show needs some kind of feedback. It’s fine if everybody is shocked, we want them to be a part of the performance somehow.

TY: The best performances have energy between us and the audience, and that energy happens through all those elements we talked about. It makes everything click.

How does music affect you and the world around you?

TY: Music is definitely good at helping us through problems. Lyrics and specific songs help. You know, when you’re a young kid and you hear a song that is speaking for you, and then it makes you feel good.

TM: I can't imagine my life without music constantly being in it. It's such a big part of who we are and it reflects in the world around us. The impact is so strong because we live through our passion of music very strongly and we make music all the time.