Why It's A Bad Idea To Call Pro-Lifers "Anti-Choice"

Why It's A Bad Idea To Call Pro-Lifers "Anti-Choice"

You probably shouldn't intentionally piss off the people you're attempting to persuade. 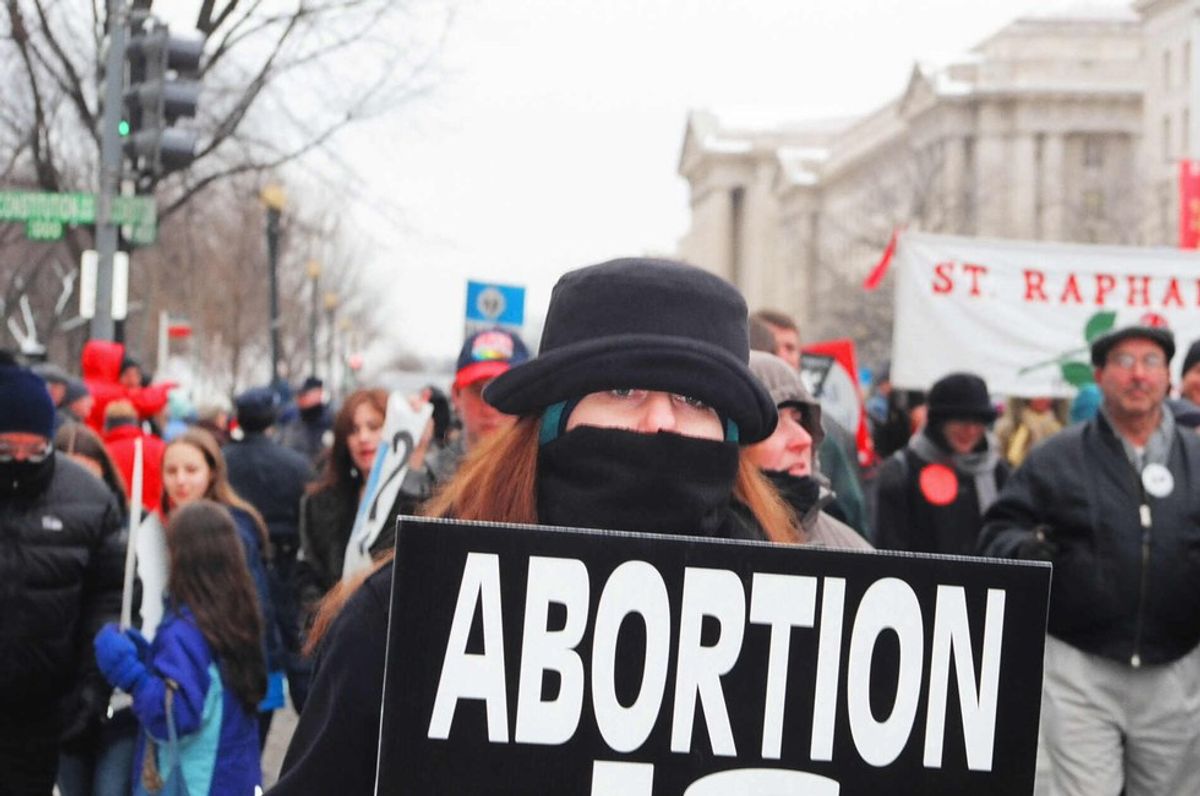 Recently, I have begun to notice participants on the left side of the abortion debate referring to those who are against abortion as "anti-choice," as opposed to their traditional moniker, "pro-life." I see this mainly on Slate, but I've begun to see it elsewhere as well—seeping into the discourse, if you will. It is my opinion that this not a good practice for anyone on the left to adopt—especially if they wish to convince anyone on the right to change their position, even minimally.

Now, before we go any further, I'd like to acknowledge that I haven’t named my position on abortion, nor do I intend to. This is because I believe that an insistence on picking a side formally in intellectual discussions often serves as a hindrance to understanding by causing everyone to immediately shift to tribalistic, in-group/out-group thought patterns. This problem is especially virulent in abortion debates—anyone who has ever been on the Internet (ever) knows that abortion debates are the absolute worst kind. No one ever changes their mind, no one convinces one another and everyone just screams and positions themselves in such a way as to win points with those who already agree with them. Though this is something that occurs with a lot of topics on the Internet, this is true even of arguments about abortion in real life—everyone has a side, and loyalty to that side trumps all. It is for this reason that I’m not going to admit my side, and it is also the reason that I believe that those who are pro-choice ought not to call those who are against abortion “anti-choice.”

Of course, there are those for whom my opinion is fairly irrelevant. People on the left who have given up convincing any pro-lifers and merely wish to battle the issue out in the courts, for instance, probably don’t care about the best way to facilitate intellectual discussion between the opposing sides of this debate (though I do not think such an advocacy is wise). And extremists on either side probably don’t care about making sure the language used by both sides is conducive to meeting in the middle. But for those who believe that a compromise between both sides is possible—whether it’s finding the middle ground on issues like the states’ increasingly fervent curtailment of access to abortion, or perhaps finding an acceptable bright-line for life’s beginning at the federal level—it is imperative that both sides be able to engage in productive discourse.

What this means, however, is that both sides ought to cease demonizing each other. I know that, as an issue couched in moral terms, this is difficult, but it must be done. The biggest problem is that both sides have a tendency to avoid actually engaging with the other, like two ships passing in the night. Because they see abortion as concerning two fundamentally different moral issues (right to life versus women’s rights), any further alienation of either side is damning to the cause of compromising on policy.

If the left wishes to advance their cause, they needn’t focus on overturning the entire moral viewpoint of pro-lifers—such an approach is doomed to failure. Instead, they should focus on the nitty-gritty; this allows the debate to focus on specifics and pragmatics as opposed to sweeping generalities about the inherent immorality of the opposing side. If both sides can forget those huge differences, real discourse about state and federal policy can be achieved. Toward this end, divisive rhetorical tools should be curtailed—including the terming of pro-lifers “anti-choice.” If a Republican who wished to compromise with the Democrats referred to them as “communist swine” while discussing policy with them, everyone would be much less willing to even begin to engage.

Now, I recognize that there are much larger problems surrounding the abortion debate. Entrenched biases, intersections between religion and socioeconomic status, and obviously gender. My only point is that, if people wish to make progress in a civil society by compromising with their intellectual opponents, every alienating measure is a step in the wrong direction—so perhaps one just ought to call people what they wish to be called.