Healthy bodies come in many different shapes and sizes. 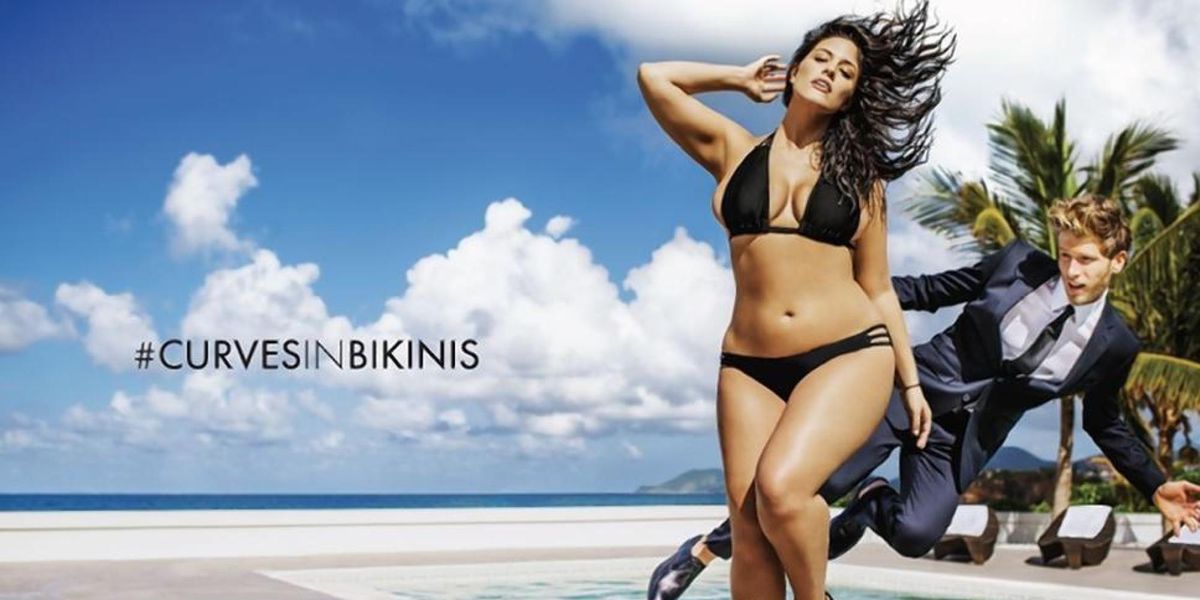 Recently, Sports Illustrated has garnered a lot more attention than usual for featuring their first plus-size model, Ashley Graham. Many see this as a tribute to the current “body positivity” movement that has taken over the internet in recent years. Sports Illustrated is known for picturing thin and athletic models with large breasts in bikinis, usually posing seductively or attempting to look effortlessly flawless.

These are the covers that embody our ideals of what the “perfect woman” looks like; young, able-bodied, skinny, airbrushed and usually either white or light-skinned. So in the decision to feature a plus-size model, the Internet has been exploding with people giving their unsolicited opinions, with some praising the move to represent a larger variety of body types and others claiming that the cover promotes an “unhealthy lifestyle."

Here’s the thing though: Ashley Graham is only a size 14/16. She’s beautiful, no doubt, but she’s not actually “plus-size” in comparison to the rest of the female population within the U.S. The average woman in the United States is a size 14. Cheryl Tiegs, who was pictured Sports Illustrated over 30 years ago, criticized Graham for being “unhealthy” and reportedly told E! News “I don’t like that we’re talking about full-figured women because it’s glamorizing them, and your waist should be smaller than 35 [inches].” Wannabe YouTube comedian, Nicole Arbour, decided to attack Graham as well in her most recent “Dear Fat People” video, ranting that “Sports Illustrated Swimsuit models are the mecca of physical perfection when it comes to modeling” and that “The truth is if she worked out a little bit more, she wouldn't be plus-size anymore, which means she can't sell s***t to plus-size women who have turned her into their hero, so to make money she's keeping the weight on." However, Graham frequently posts pictures and videos to her Instagram of her working out and promoting eating healthy as well as loving one’s own body.

Our society has taken on the effort to include women of all sizes and promote self-love through body positivity, but does being “body-positive” necessarily mean promoting unhealthy habits? Not exactly. In fact, the very first of the five core Competencies of the Be Body Positive Model is to “Reclaim Health." On their website, they elaborate on this, stating that:

“Health, as defined in our model, recognizes the interconnectedness of physical, psychological, and emotional needs in human beings. We honor the experience and authority of the individual as the primary path to positive change. Rather than dictating a prescriptive set of rules to follow, we empower people with practical tools, inspiration, and support to find their own way to lasting good health and greater happiness. This approach makes it possible to reach a widely diverse group of people."

There’s no doubt that we treat larger and overweight people differently in our society. Typically, we view them as being “lazy” and may even subconsciously dub them as being unworthy of love or respect. Regardless, it’s time that the world understood that thinness does not equate to healthiness. A person does not need to be thin to be healthy; there are many incredible female athletes who do not fit our society’s image of being extraordinarily small/petite. Take Ronda Rousey for example, who has spoken about struggles with body image and not having the “conventional, feminine body type."

No matter your size, you have the right to be a happy and healthy individual. It should also be noted that while physical health is important, physical appearance is not as important as we make it out to be. That’s the point of body positivity: You have the right to love yourself and take control of your own life and health, regardless of your weight, height, body type, etc. It isn’t promoting an “unhealthy lifestyle," it’s promoting loving who you are.