Opening a Can of Worms 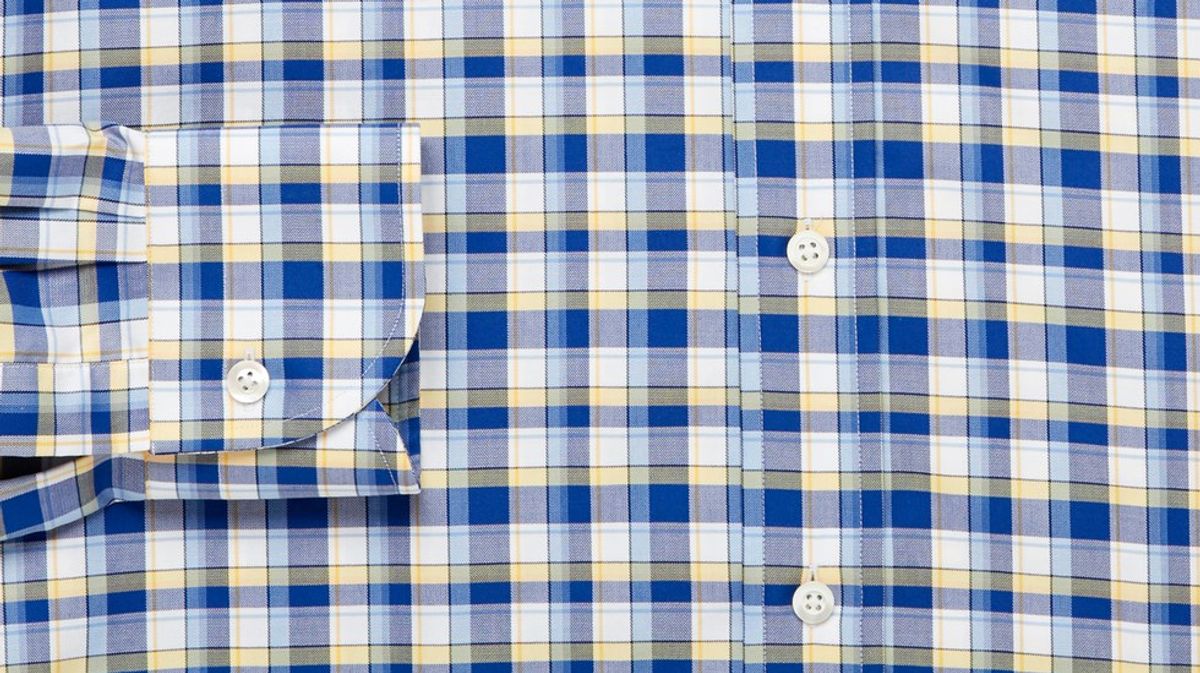 Hey, y'all, it's Emma Saska joining Sarah for this piece. Sarah and I have known each other since spring of our freshman year when we were in French II together. Our friendship blossomed during French III the next fall and British Lit II and Creative Writing-Poetry the next spring. We've bonded over a love for French things and literature. We also love to talk about our shared and differing opinions. Something we've both apparently thought about at length is the dress code at Asbury, something that is a wee bit controversial (although not as controversial as my thoughts on Spicy Chicken Thursday). We decided to have a conversation about the dress code and to share two opinions that we think some of our fellow students might share.

Why does Asbury believe the current dress code is good?

Sarah: I think the current dress code is pretty fair ground between Asbury’s desire to have us demonstrate modest behavior and respect for classes and chapel while, at the same time, allowing us to express ourselves. It seems like a (relatively) happy middle.

Emma: Part of their reasoning is that they want us to get used to dressing for a professional environment because a lot of Asburians may go into careers where they have to wear business attire every day.

Sarah: Probably that and the fact that, to some degree, we also have an image to maintain. Besides all this, they probably place most of their emphasis on the fact that this dress code is consistent with sound Christian principles.

Emma: Let’s talk more about this image to maintain. Is it because we’re Christians, or because we represent Asbury, or is it both?

Sarah: Both. Asbury is a Christian university with Christian values, and we, as its students, are supposed to represent the university and its values. But I don’t think it’s just a matter of representation to Asbury, I think it’s a matter of ethics and integrity. Yes, there’s an image, but we have an image as a result of proclaiming to believe something, and it’s the belief part that’s important. We claim to be Christians, and we have to know this and hold it well enough that we exhibit it.

Emma: Like I said above, preparing us for the workplace is what I like about the dress code. Many offices require some level of professional dress, and they’re not going to allow us to wear T-shirts and shorts to work. As much as I appreciate comfort, there is a time and place for that and it’s not always at one’s workplace (unless you work at, like, a summer camp).

Sarah: I like that it still encourages modesty and that it hasn’t gone completely casual. I appreciate that a respectful demeanor is expected of us in class and chapel. I also appreciate that it’s not so strict that I can’t express myself and my sexuality (all tasteful).

Emma: Also, coming from a homeschool co-op where we had to wear polo shirts and jeans, khakis, or skirts past our knees, the dress code at Asbury feels like a breath of fresh air. I can wear dresses and shorter skirts, and I don’t have to wear boxy, suffocating polo shirts.


What do we want to change and why?

Sarah: For one, I think the dress code that exists, if it is to exist, should be enforced. I see guys wear sweats to class all the time and I see girls wear shorts. We’re not supposed to do either of those things because it’s a matter of respect. What is the point of having a dress code if it’s not enforced?

Emma: Personally, I think more grace should be given during warmer months. It’s hard for me to be comfortable in jeans during the hottest months; I’m fortunate to be female and be allowed to wear skirts and dresses, so I can only imagine how uncomfortable the guys are. Maybe it’s just me, though.

Sarah: Yeah, but it’s not like we’re going to die or anything if we have to wear more respectable clothing for a few hours a day. As you said earlier, college is supposed to be the middle ground between high school and real life. We’ll be expected to respect our places of employment when we graduate. We should learn how to dress tastefully, respectfully, and professionally. It’s going to be a rough awakening going from ripped jeans and sweats to skirts and slacks. I really just think we should all be tasteful and respectful toward chapel and classes.

Emma: Sometimes I feel like I might die if I have to wear more layers. Also, when I sweat, I feel gross and less professional. It’s worse because we walk around in the heat, whereas most likely when we’re adults in the workplace, we won’t have to walk as far in 85+ temps and high humidity. I agree with you about more casual clothing - ripped jeans and sweats aren’t acceptable for any professional environment. If our professors can’t wear those clothes to class, why should we be allowed to?

Sarah: A little bit of suffering is healthy for self-development. And, yes, our professors respect us. We should respect them too. While I think the class/chapel dress code is too relaxed, I think the dress code for formal events is too strict.

Sarah: We women aren’t supposed to wear dresses that show our shoulders. Our shoulders. I think the men will be fine seeing our shoulders. I understand why backless dresses aren’t allowed, but strapless dresses can be done very tastefully and quite modestly. And actually, the sexiest dresses I’ve seen have all had covered shoulders, for the record.

Sarah: See, the dress code is not well enforced, and besides that, you were super classy. My dress was only sleeveless and it was much less modest, but technically “allowed.”

Emma: In conclusion, I think we’re saying the dress code should be better enforced if it’s going to exist at all.

Sarah: Yes, that and it’s up to individuals to take responsibility for themselves and their respect and attire. Stay classy, people.