Anxiety is Real And You Are Not Alone

Anxiety is Real And You Are Not Alone

Many people feel like anxiety isn't real and that their feelings aren't heard and that isn't right. 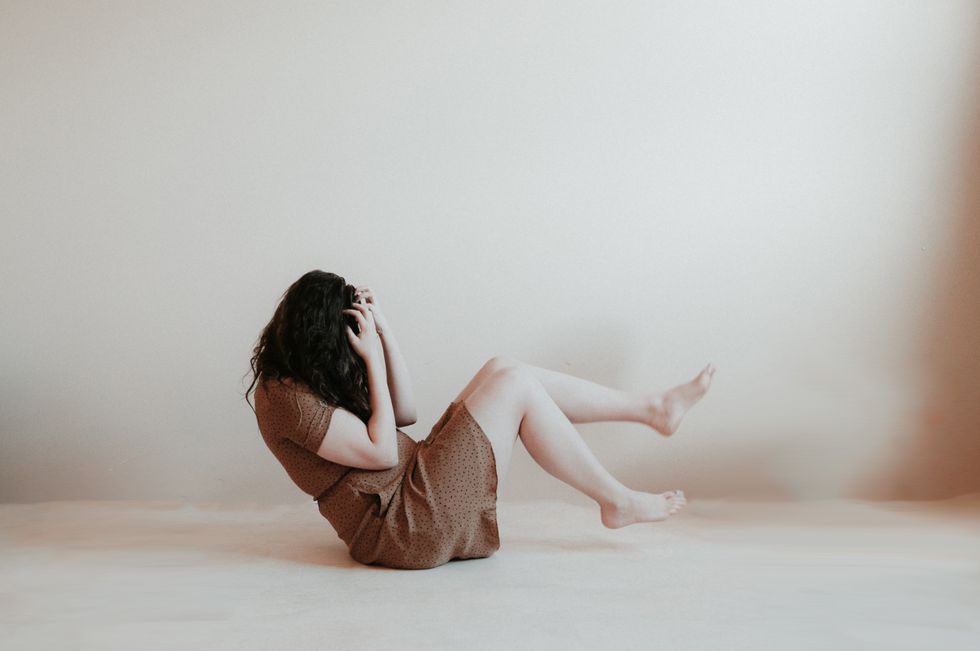 Anxiety is more common than most people think. In fact, 18.1% of people get diagnosed with anxiety every year. However, no one will truly understand what anxiety truly is unless they have it. It is okay that some people don't understand and that is why I am here; to educate the less informed and help the ones who need it.

People often put stigmas around anxiety and the people that suffer from it.

Photo by Luis Galvez on Unsplash

"Why are you so nervous?"

"Can you just calm down? You're freaking me out."

Anxiety is real and more than people would think.

Photo by Fernando @cferdo on Unsplash

Anxiety is more than just worrying and a state of nervousness. It is nights of tossing and turning as insomnia creeps in. It's overthinking during late hours of the night and your brain not being able to shut off. It's whenever you do get sleep and all of your worst fears turn to reality in dreams and nightmares. It's waking up tired even when you've just opened your eyes.

It's every text you wonder things like "how do I word this properly?" or "what if they interpret this differently?" It's double or triple texting someone in case you messed up or responding embarrassingly fast as you wait on the messages for the person's response. Then, if the person takes a long time, anxiety causes you to make up a scenario in your head; "are they ignoring me?" "Did I do something wrong?"

Anxiety is apologizing for everything, even things that don't require an apology.

Anxiety is feelings of self-doubt and a lack of confidence in you and those around you. It is being hyper aware of everyone and everything, causing you to panic and overthink how someone feels about you if they even have the tiniest of shift in their tone, mood, or word choice.

Anxiety is ruining relationships before they even begin. It tells you things like "you're wrong" "they don't like you" and "they are going to leave". Thus causing you to jump to conclusions.

Anxiety is a constant state of worrying, panicking, and a feeling of being on edge. It's irrational fears. It's thinking too much and caring too much as the root of anxiety is care.

It's sweaty, shaky hands and a constant racing heart. But on the outside, you wear an invisible mask and no one can see it. You smile and appear calm to try and hide the overflow of emotions that you feel like you have to hold in.

Anxiety is the art of deception for people who don't know you. For the people who do, like friends and family, it's them listening to these conclusions and scenarios you overthink over and then wondering and not fully understanding how you got to think these things. But, even though they don't fully understand, they try their best to try and support you.

Anxiety is wanting to fix something that isn't even a problem.

Anxiety is that feeling of unease at a party because you think all eyes are on you and no one wants you there. It is overcompensating and trying too hard to please people.

Anxiety is being everywhere either early or on time because the thought of being late would put you over the edge.

It is the fear of failure and striving for perfection; then beating yourself up when you fall short. It's the need to plan ahead and have a schedule.

It is the voice inside of your head that's saying "you'll fail".

It is trying to exceed people's expectations even if you're killing yourself to do so. Anxiety is taking on more than you can handle just so you are distracted and not overthinking something.

It is procrastination because you're too fearful that you're going to fail, causing you to hold it off.

It's the triggers that set you off.

It's breaking down in private and crying when you're overwhelmed but no one will ever see that side of you. It is picking up and trying again because you are scared to overcome your own demons and would rather help others overcome theirs.

Anxiety is the want and the need to control things because it feels like this thing in your life is outside of your control and you have to learn to live with it.

No matter what, you are not alone.

Photo by Dan Meyers on Unsplash

When you're suffering from anxiety, you constantly feel alone. You feel like no one understands you or wants to be around you. However, that isn't the case. Everyone, including myself, who suffer from anxiety are here behind you to help and support you.