Analphabetic Analysis: Life on the Outside

Analphabetic Analysis: Life on the Outside

When you read too much into a scene in Spongebob Squarepants. 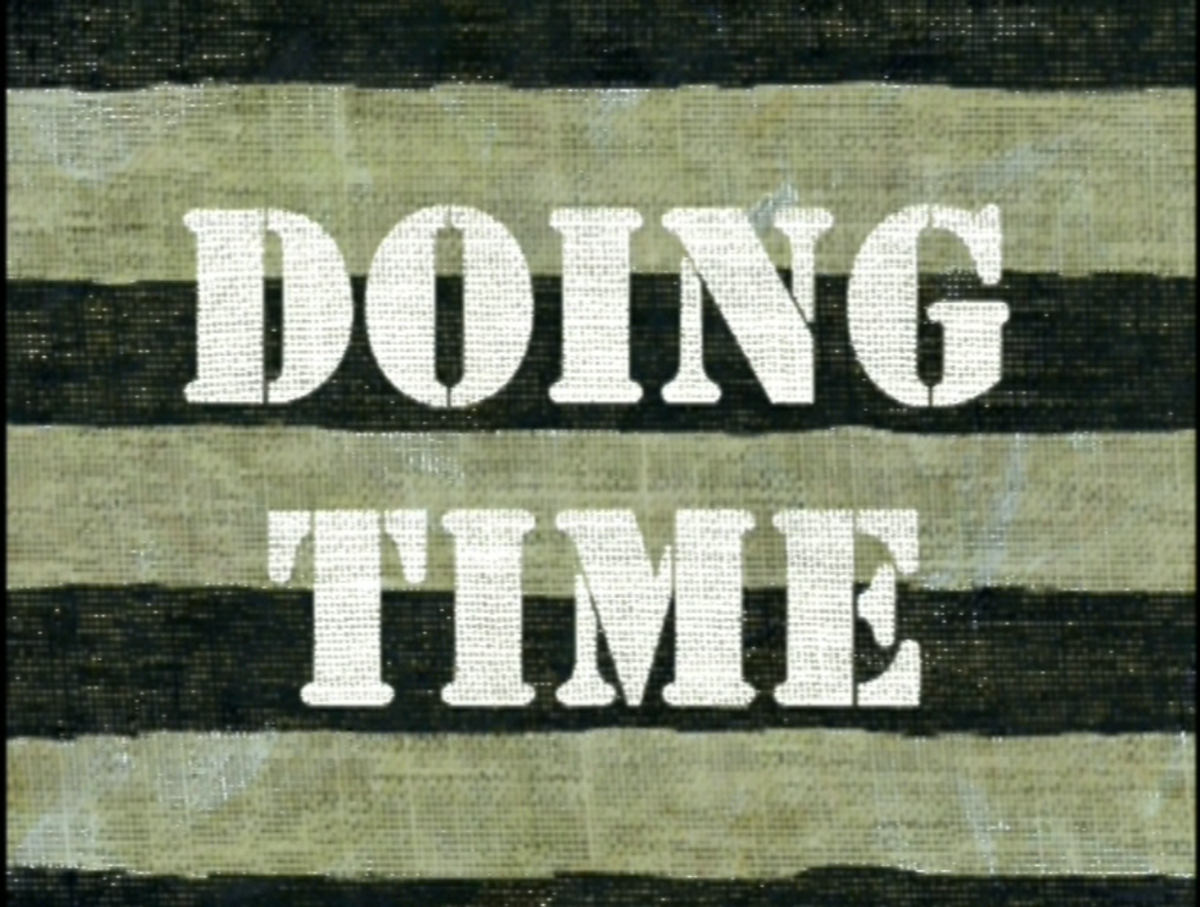 A tired saying goes along the lines of “A picture is worth a thousand words.” If we assume that proverb is true, what does that say about animation, a craft utilizing thousands of pictures to create moving art? With a word count that high, one can create a relatable comedic satire of life as we know it. All in 11 seconds of a throwaway joke in an animated cartoon (which ironically consists of no more than possibly a dozen frames).

The scene appears in Episode 45B (“Doing Time”) of Season 3 in the Nickelodeon animated show, Spongebob Squarepants. In this episode, Mrs. Puff, Spongebob’s boating school teacher, gets thrown in prison for an accident Spongebob was responsible for. Spongebob, feeling guilty, brings along his best friend, Patrick Star, on a quest to break her out. However, Mrs. Puff, who has been tormented by Spongebob’s dismal lack of competence in driving, isn’t as thrilled about returning to her job. When Mrs. Puff soundly refuses Spongebob’s offer to help her escape, Spongebob claims that “she has lost it! She's completely institutionalized. She's forgotten what it's like to live in the outside world. To not be in prison.”

We then cut to a series of still frames of a fish named Frankie Billy going through a regular day of his “life in the outside world.” He drives in the morning, works in a cubicle during the day, and looks out the window at night with the same bored expression on his face. The joke is that Billy’s life seems even more monotonous than Mrs. Puff’s time in prison, sharply contrasting with Spongebob’s optimistic assumption of what independent life outside bars can be. It’s a quick gag that, on the surface, seems to reinforce Stephen Hillenburg’s (the show’s creator) vision of Spongebob as “the eternal child.” Spongebob misunderstands why Mrs. Puff doesn’t want to escape for the same reason he misunderstands what adult life is really like. He “could see only the bright side of even the most oppressively punishing situation.”

But the work put into the storyboarding and composition of this scene reveal another layer to this throwaway joke, which relates more to the older audience of the show. By way of just imagery, the storyboard team in charge of the episode, headed by Aaron Springer and Carl Harvey Greenblatt, manages to portray Frankie Billy’s “oppressively punishing situation.”

Billy himself is almost always a static image, never changing expression or position in the frame. The only movement he makes is a little mouth animation and a blink. A character like Spongebob, on the other hand, is capable of fluid animation and absurd gestures or poses. But whereas Spongebob’s average day is highly unpredictable and eventful enough to fill a 11-minute episode, Billy’s morning, day, and night can be encapsulated in just three still frames, which together encompass his “life.” Billy doesn’t even need to be animated, because his life is utterly uneventful. From the lack of motion and Billy’s bored expression, it’s implied that nothing ever changes in this everyday routine. The artists convey to us the idea that Billy’s life is static, and he’s immobile within it. His “life on the outside” is ironically very much like life behind bars, a comparison which extends into the composition of the scenes.

Throughout his day, Billy is always surrounded by some sort of prison: the frame of his car (and his car is surrounded by traffic), the walls and pillars of his enclosed cubicle, the frame of his house window. He couldn’t change his position in the still frame if he wanted to. It’s telling too that Billy’s eyes are always focused on the things that are acting as his prison. He doesn’t look at the road (he’s not even on the road), at his computer, or at the woman in his house (as she is credited in the transcript). Billy just stares straight ahead at the bars holding him back. Even if he’s outside, he’s still trapped by the routine life he lives.

But it’s easy to just see Frankie Billy as a cartoon fish with a bland job and write off any deeper relation to reality. However, this fish shares more similarities to the average white-collar American than one might perceive at a first glance. Billy has essentially achieved the materialistic ideal of the American Dream: the car, the home, the family (assuming the woman heard offscreen in Billy’s house is his wife). But for all he has, Billy still wears this bored expression and speaks in a monotone voice to the woman. He’s unsatisfied with the life he lives, and for good reason, given that he can’t even enjoy his work enough to focus on it or hope for mobility.

If this scene embodies “life on the outside,” then Billy embodies the everyman. And with all the connections to life in prison, it’s clear the storyboarding team intended to satirize American white-collar life as one lacking change and purpose. Billy’s immobility in the frame is a metaphor for lack of social mobility; his lack of focus is a lack of passion for his work; his fixed expression shows dissatisfaction with his life despite achieving the materialistic goals of the American Dream. This scene is very much a caricature of white-collar life in the vein of Arthur Miller’s famous play, Death of a Salesman.

While the message isn’t exactly original, the presentation is bold, especially since it’s packaged in a kid’s cartoon. This 11 second scene manages to express through information density multiple meanings, which relate to both to the episode and to the wider audience. But the quality worth praising the most is the versatility of the joke, which hits home for different audiences for different reasons for different interpretations. Although it’s meant for kids, this cartoon’s satire of “life on the outside” just gets better the older one gets.
Report this Content
This article has not been reviewed by Odyssey HQ and solely reflects the ideas and opinions of the creator.