American University Investigates After Black Students Are Attacked With Bananas 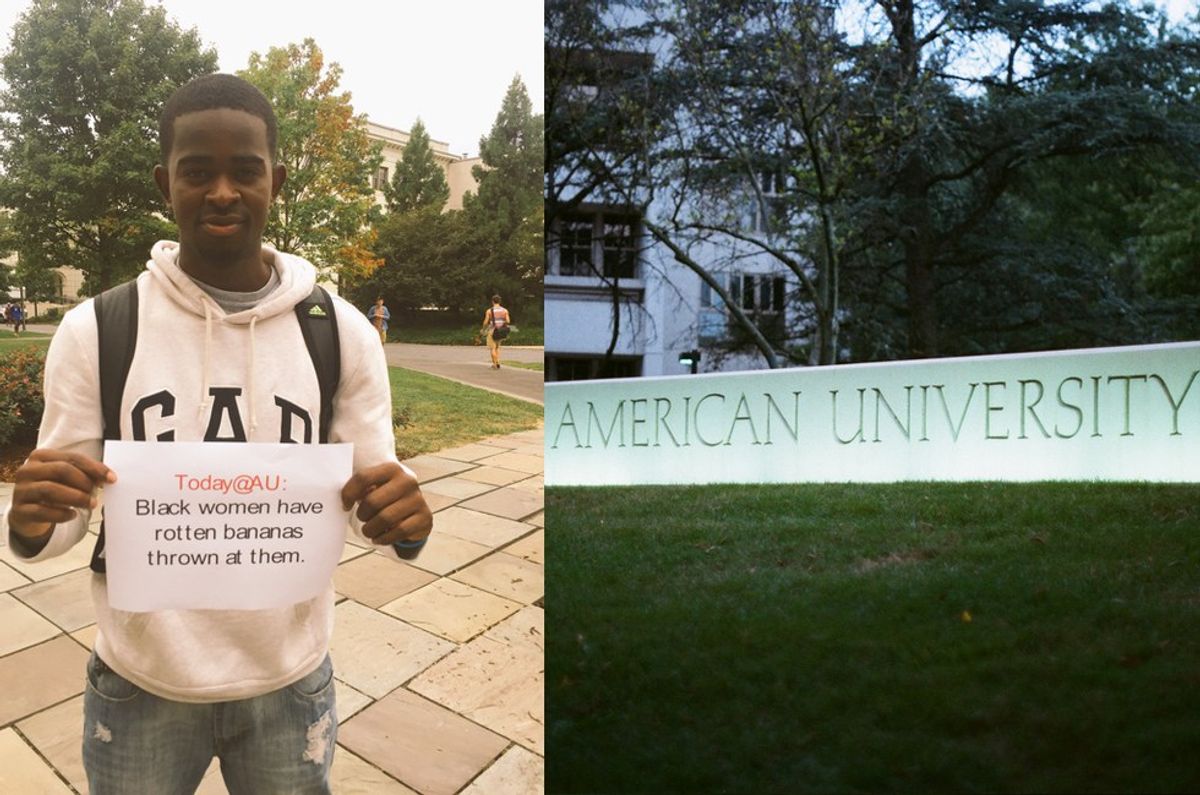 American University is conducting an investigation after two black students claimed to have had bananas thrown at them earlier this month.

Neah Gray, an AU freshman, told the Washington Post that on September 8, she opened the door of her dorm room to find that a rotten banana had been left for her along with crude drawings of male genitalia on the whiteboard hanging outside of her room. Another black student, who lives in the same residence hall, reported that a banana was thrown at her through her door that very same night.

“I wouldn’t let people drive me out,” Gray said to the Washington Post. “But it’s kind of sad that this kind of thing still happens.”

The American University administration is investigating two white male freshmen in connection with these events, but has so far refused to acknowledge the possibility of racist intentions.

Black students across the university say that this is just one in a series of hateful acts that has sparked racial tensions on the District Campus.

Ma’at Sargeant, an AU sophomore and president of the Black Student Alliance, told the Post that these hateful acts have been occurring for sometime.

“This kind of thing has been happening at AU for years,” said Sargeant. “Last year, people wrote the N-word on black students’ doors and put up Trump stickers on the doors of Hispanic students. This is not just a one-time thing.”

Sargeant told the Post that she wants the administration to be more responsive and aggressive in dealing with racism and says that the latest incidents have wounded students of color.

“You come into this institution that promotes diversity and then this happens to you,” said Sargeant. “The individuals are hurt, and the community as a whole is hurt. And we’re sick of it.”

The AU Black Student Alliance issued a statement last Friday stating that, “the feeling that black students carry of being unrepresented, unprotected and unappreciated can no longer be the status quo. The American University administration and students need to step up to the cause. The cause of ensuring that racially charged acts of hate like these will no longer be handled with impunity. Then, and only then, will American University be able to say this educational institution prides itself on 'Diversity and Inclusion.'"

“They are being used as target practice,” said Bell. “We’re literally being attacked and assaulted on campus, and there’s nothing being done about it by the administration.”