Am I Wasting My Time?
Odyssey

Am I Wasting My Time? 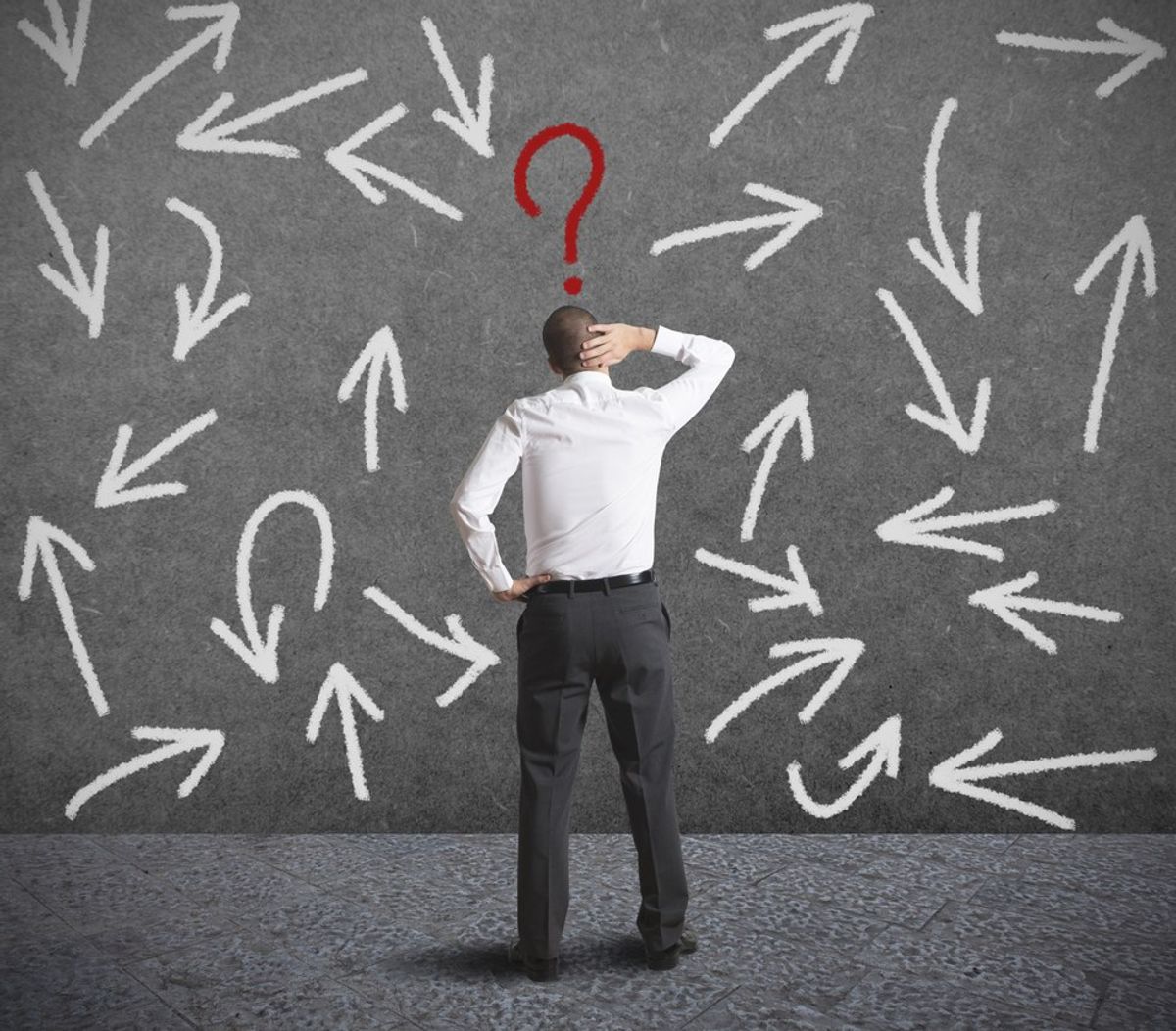 "You know that tweet about not wasting your time on a guy who says all the right things but doesn't show it? I'm literally going through that shit right now. We dated from last December to around June and broke up, but since then we've been talking again and he told me he loves me and wants to be with me but he's too "young and stupid" right now. I understood that so I was fine with it but he never texts me. He's always "busy". I see him maybe once every two weeks. I never blow up his phone or anything but I just feel like if he really loved me he would make more of an effort..do you think I'm wasting my time?" -Anonymous

Unfortunately, the thing with little boys is that they want you badly until they get you. Once they've got you, they lose interest. I myself have experienced boys like this and it took me a while to understand that there wasn't anything wrong with me. It was them. Boys like this have been breaking my heart since my early teen years. Shit had me really wondering what I was doing wrong. I lost confidence. I would look in the mirror and point things out about myself that I assumed made guys lose interest in me. I changed things about myself. I worried that I was "too weird" etc. I did the most. I just never really understood why boys wanted me so badly, and then the minute I started really liking them back, they fell back from me. Girl, it took me YEARS to learn this but this is something that you need to keep in mind. Boys feed off of the unattainable. It excites them to associate with a girl who doesn't really want them. With that in mind, I'm not telling you to play games with these boys' heads. Playing "hard to get" would be stooping to their maturity level. I'm telling you that if you genuinely want a relationship, find a MAN.

Girls' mind's mature way sooner than boys' mind's do. Yes, it's scientifically proven. So with that being said, girls are usually ready to settle down YEARS before boys are (that's usually why you see girls dating guys who are a few years older). Young boys have a lot to learn before they can stick to one girl. they have a lot to experience. They're not men yet and there's no reason a young woman with a future in mind should settle for a little boy who isn't ready to be loyal to her. These boys fantasize about the lives these rappers glamorize. They want clout and hoes and name brand clothes. The last thing on their mind is being cuffed up and tied down. They may sell you dreams to try to get in your pants but that's when you need to be careful with what you give of yourself. So many girls give the best parts of themselves to boys who barely even had to work for it. Make him prove to you that he's the one. If he can't do that, grab scissors and cut things off with him. I don't care how fine he is. Being fine can only get you so far and if you're a young woman with a mature mindset, you'll understand this.

Now that we've got that out of the way, let's talk about the fact that he's always "too busy" to talk to you. You know what it's like to really fuck with someone, right? you stay up late just to keep talking to them, you go out of your way to see them, etc. My crazy ass will even text you in the shower if I like you! So the fact that he's saying he loves you, but can hardly text back, let alone give you a reason why? Hmm...there's no such thing as "too busy". If he has work, he'll tell you that. School? He'll tell you that. Practice? He'll tell you that. But if twitter and sitting around with his boys means he's too busy to hit you with a text back? I'd say he's not as interested as he claims to be. From the sound of it, it seems like he just wants to keep you around and drag you along with him. He probably doesn't want to see you with anyone else. He admitted to you that he's "too young and stupid" for a relationship, so why hold onto him, girl? Trust me, I know it can be hard to let go of someone you love but sometimes, we have to do what's best for US. We have to put ourselves first and make moves from there. Our mental health is what's important. Our happiness. Our well being. Our future. It seems like all he's doing is stressing you out. Now, I'm not going to sit here and tell you to go get with someone else. That's not what you should do at all. You should focus on you. Build your empire. Set goals for yourself. Focus on work and studies. Make plans with your girls. Read books. Find new hobbies. Get out of the house. Make yourself busy enough to the point where he's not the first thing on your mind, because clearly, you're not the first thing on his. Stay single for a little while. Don't be afraid to be alone. Being alone is what makes you strong and eventually, when he's ready, he will come to you, OR God will send someone better your way. At this point, just fall back. When he tells you to come over, tell him you're busy. No matter how badly you want to go. Stop letting him walk all over you. You can't raise him. Nothing you do or say will make him change until he manages himself to see an issue with his actions. Until then, do you.