Lessons We Learned From Economic Shut-Down In Greece
Odyssey
CurrentlySwoonLifestyleHealth & WellnessStudent LifeContent InspirationEntertainmentPolitics and ActivismSportsAdulting
About usAdvertiseTermsPrivacyDMCAContact us
® 2023 ODYSSEY
Welcome back
Sign in to comment to your favorite stories, participate in your community and interact with your friends
or
LOG IN WITH FACEBOOK
No account? Create one
Start writing a post
Politics and Activism

Lessons We Learned From Economic Shut-Down In Greece

Always Be The Lender 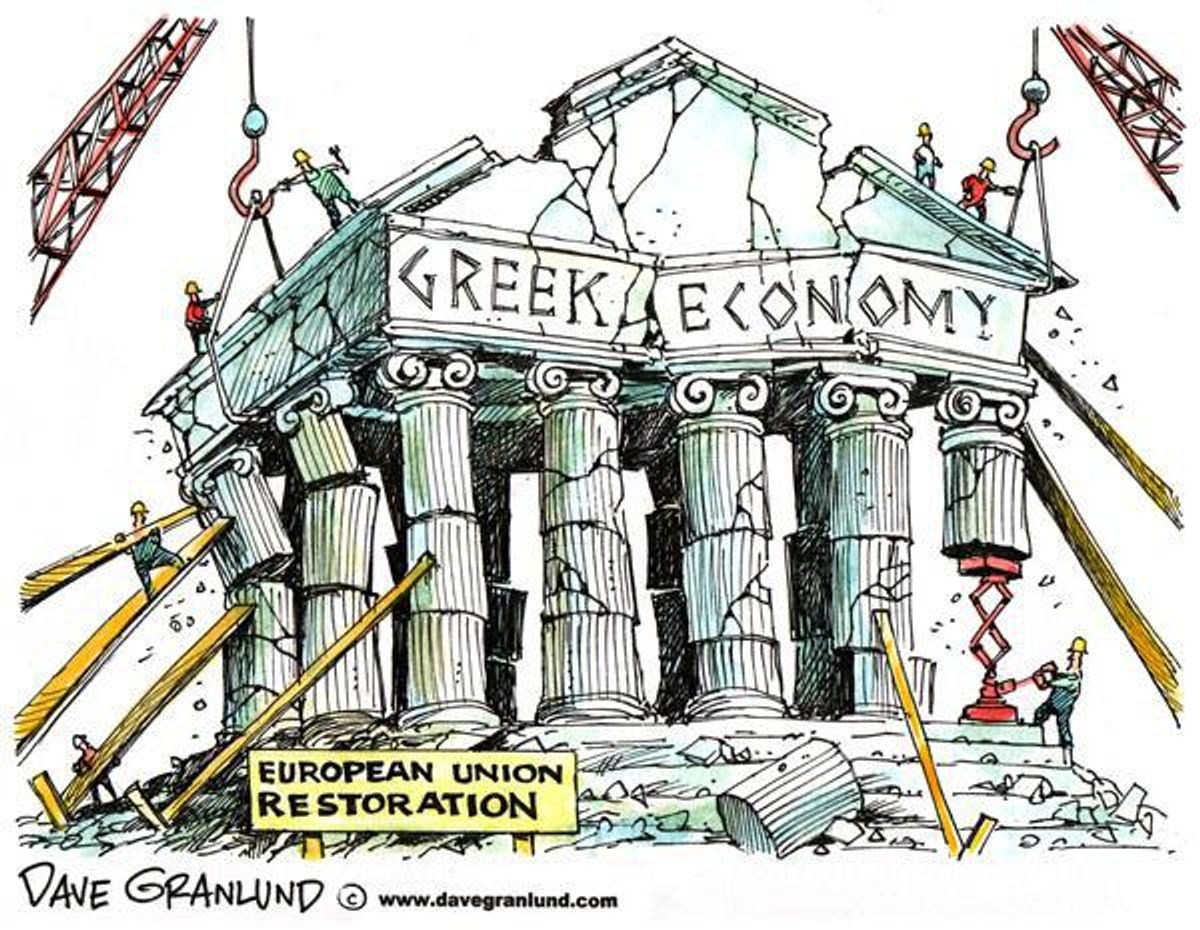 It’s very simple: If you borrow more money than you earn, you will be in debt. It is a terribly sad scenario when you try to establish yourself and make ends meet as your responsibilities begin to outweigh your income; for example, getting an education or starting your dream business. Sometimes in order to move forward, borrowing money is a necessity. Any college student who has had the responsibility of trying to get an undergraduate or an advanced degree without the financial assistance of their parents and with limited financial aid and limited scholarship assistance understands the need to borrow money in an effort to earn a degree. Unfortunately, that is far too often the way life works.

On June 28, 2015, it was reported that leaders in Greece shut the banks down in an effort to hold off an economic collapse. Over the years, leaders in Greece spent well beyond their economic means and subsequently acquired an enormous amount of debt. The country’s leaders failed to develop a strategic financial plan that would allow the country to grow economically.

Instead, the government borrowed money repeatedly and spent the money without establishing how they would replace it and grow what they spent. As reported by Öztür, the leaders' only plan of action was to pay their debts with borrowed money.They borrowed money continuously from “international capital markets” in an effort to pay salaries and pensions for an unwisely implemented early retirement program and other government funded programs.

As a result of the leaders' decision to borrow more money than it could repay, the nation put itself in a pile of unwanted debt that shut off its citizens' access to their own money. One of the greatest tragedies through this process is that other European nations had little to no faith in Greece’s economic stability and in the decisions its leaders were making. An article in the Washington Post noted other nations could see the fall of Greece prior to the time it happened: "At that time, interest rates in southern Europe were much higher than in northern Europe, simply because people thought investing in countries like Greece was much riskier than investing in countries like Germany.”

The fault of leadership in Greece’s government helped, if not directed, the fall of Greece's economy. It is unimaginable that government leaders would encourage citizens to work for paychecks made of borrowed money, and that they would lower the age of retirement to 57 where citizens would receive benefits paid for with borrowed money. Washington Post Contributor Ana Swanson compares the crisis in Greece to the financial crisis the United States experienced as a result of the millions of Americans who purchased homes after borrowing more money than they earned, the results of which were foreclosed homes, the devaluation of property and communities at large and financial instability.

As we read and hear more about the financial difficulties in Greece, I encourage you to ask yourself the question that Ms. Swanson asks her readers: “Who was really at fault for the housing crisis in the U.S.: The subprime borrowers who bought houses they couldn’t afford, or the predatory lenders who encouraged them to take them out?”

Greece is 1.8 billion dollars in debt. The leaders have their backs up against the wall. The nation must get back on its feet and repay its debt. The long-term outcome of the country’s financial stability is unknown. As importantly, the decision of the leaders has also impacted the European economy as a whole, the outcome of which is still yet to be seen. A few immediate impacts on the citizens -- whom did not make the decision to borrow the money but will no doubt suffer the consequences of their leaders' decision -- include that they will have to pay increased taxes; retired workers will have to go back to work in order to try and pay their bills; and people will live in fear of whether the money they work for will actually be available to them when they need it.

As college students, we can get caught up in borrowing money just to pay for school. And that's okay, but remember to be smart. Have a plan of action for how you will repay the loan and how long it will take you to repay it. Borrowing more money than one has the ability to pay back makes for a very sad, painful, and long journey that impacts both the borrower and, in many cases, families, friends and neighbors. If you find yourself in a place where you must borrow money, remember, never over-borrow. Borrow only what you need and what you can afford to pay back. The challenges taking place in Greece right now, while difficult to observe, provide an opportunity to learn a great lesson. In the words of Massie, "the creditor almost always has an advantage over the debtor, especially when the debtor is asking for new loans to keep afloat.” Regardless of your current status, as you create your long-term plan for your life, plan to always be the lender and not the borrower.

Nicole Marie Nigro
Individual Creator
300
c1.staticflickr.com
Where to start...... Let me start with the cliche that life throws us curveballs and what we do with it is what counts.