Albums With Not One Bad Song
Odyssey

Albums With Not One Bad Song

You know that one album that you could listen all the way through and not find one bad song. 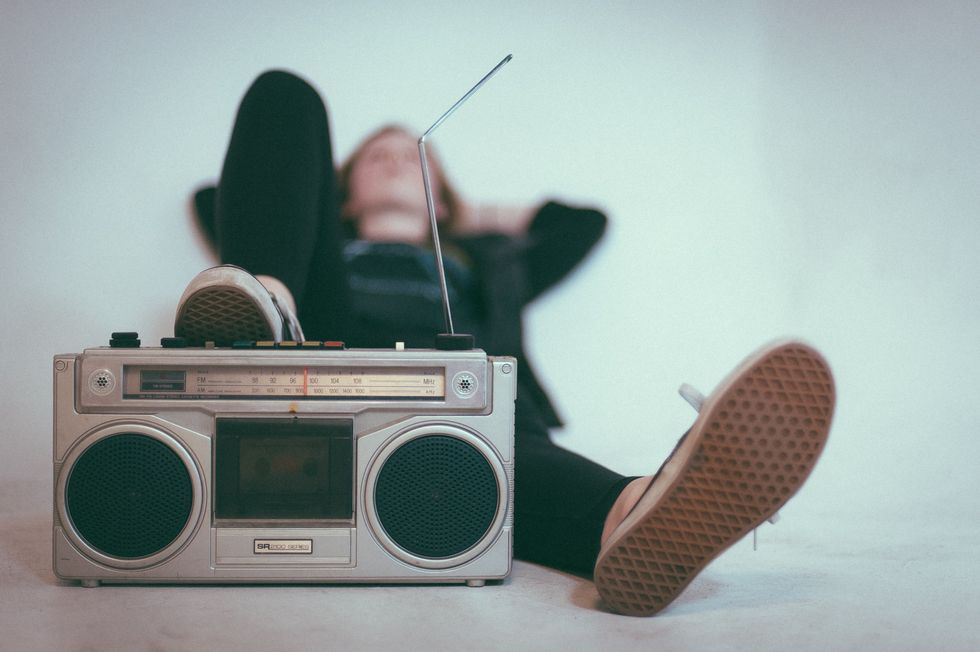 Photo by Eric Nopanen on Unsplash

Once you hit play on any of these records, there's absolutely no need to hit the skip button when listening from track to track. Thank you to the Missouri State Class of 2024 for their suggestions.

Ctrl is the debut studio album by American singer SZA. It was released on June 9, 2017, on Top Dawg Entertainment and RCA Records. SZA's deeply personal lens on modern romance gives these songs endless life. During the recording process, SZA opted for a freestyle method, relying on moments in the studio. The majority of CTRL was recorded in Engine Room Audio in lower Manhattan. It debuted at number three on the US Billboard 200,

Stoney is the debut studio album by singer and rapper Post Malone. It was released on December 9, 2016, under Republic Records. Post Malone first announced the album's release during an interview with Zane Low, saying it was going to drop on August 26, 2016, and explaining the album's title: We have an album coming out in August. A lot of cool s** on there. I think it's gonna be called Stoney. Stoney Malone, that's my old nickname. Post Malone later announced Stoney would be dropping in a tweet on December 8, 2016. Stoney proved to be a commercial success, debuting at #6 on the Billboard 200 Chart and later peaked at #4 on October 27, 2017.

ANTi is Rihanna's eighth studio album. After a seven-album run as a pop hitmaker, Rihanna sought to change her formula like never before. Breaking a four-year silence – her longest yet – Anti was, as she told Vogue, the result of her search for music to "match my growth". Going platinum in less than 24 hours, it saw the Barbadian pop icon conquer her fears and push her creative boundaries even further. Hitting No.1 on the Billboard 200, it also made Rihanna the first black female artist to chart for 200 weeks on the coveted listings.

A surprise mixtape by Lil Uzi Vert, released on April 15th, 2016. Uzi had hinted at a mixtape on his Instagram, but it wasn't clear that he was planning on releasing it so soon. Although there are no features, the project features production from DJ Don Cannon, Wondagurl, and veteran trap-producer Metro Boomin. The only single was "Money Longer," which was released without any indication of an upcoming project. The idea for the title and cover of this mixtape came from the movie Scott Pilgrim Vs The World—Uzi pays homage to the movie with the ending track "Scott And Ramona."

5. When We All Fall Asleep, Where Do We Go- Billie Eilish

On March 31st, 2015, it became the first hip-hop album in 25 years to be certified platinum without any features. 2014 Forest Hills Drive won the 2015 Billboard Music Award for the Top Rap Album as well as the 2015 BET Hip Hop Award for the Best Album of the Year. Although failing to win, this project was nominated for Best Rap/Hip Hop Album in 2015 at the American Music Awards, as well as Best Rap Album at the 58th Grammy Awards in 2016. This album became certified Platinum on January 8th, 2016 by the RIAA—the first featureless rap album to go Platinum in twenty-five years—and certified Double Platinum by the RIAA in October of 2016.

ASTROWORLD is Travis Scott's long-awaited third studio album, following his 2016 release Birds in the Trap Sing McKnight. The album is titled after Six Flags AstroWorld, a popular Houston amusement park. The park was demolished in 2005. Despite several developers staking claims to develop the large vacant lot into use, nothing has been done with the space since.

Eternal Atake is Lil Uzi Vert's oft-delayed second studio album and a follow-up to his August 2017 debut album, Luv Is Rage 2. Eternal Atake debuted at #1 on the Billboard 200, moving 288,000 album-equivalent units. It is his second album to top the chart. It remained on top of the charts for another week during the chart week of March 28, 2020, after Uzi released the deluxe version of the record.

For their fifth major-label studio album, Green Day decided to go deeper in their themes, aiming for a punk rock opera reminiscent of The Who once the song "Homecoming" wound up as a Tommy-like suite. American Idiot peaked at number one on the Billboard 200 holding that spot for three weeks and staying 143 weeks on the charts.

11. The Dark Side of the Moon- Pink Floyd

The Dark Side of the Moon is the eighth studio album by English rock band Pink Floyd, released on March 1st, 1973. It is a concept album that takes listeners across various stages of human life, beginning and ending with a heartbeat. The themes often revolve around conflict, morality, greed, time, and mental illness.

Shawn Mendes is the third studio album by Canadian recording artist Shawn Mendes, released on May 25th, 2018. According to Billboard, as of February 24, 2019, the album has sold a total of 281,000 copies in the United States. On April 25, 2018, Mendes hosted a YouTube live stream containing teasers towards his new album.