Though she once felt insecure about her birthmark, Billiot now wants to celebrate the uniqueness of her body. 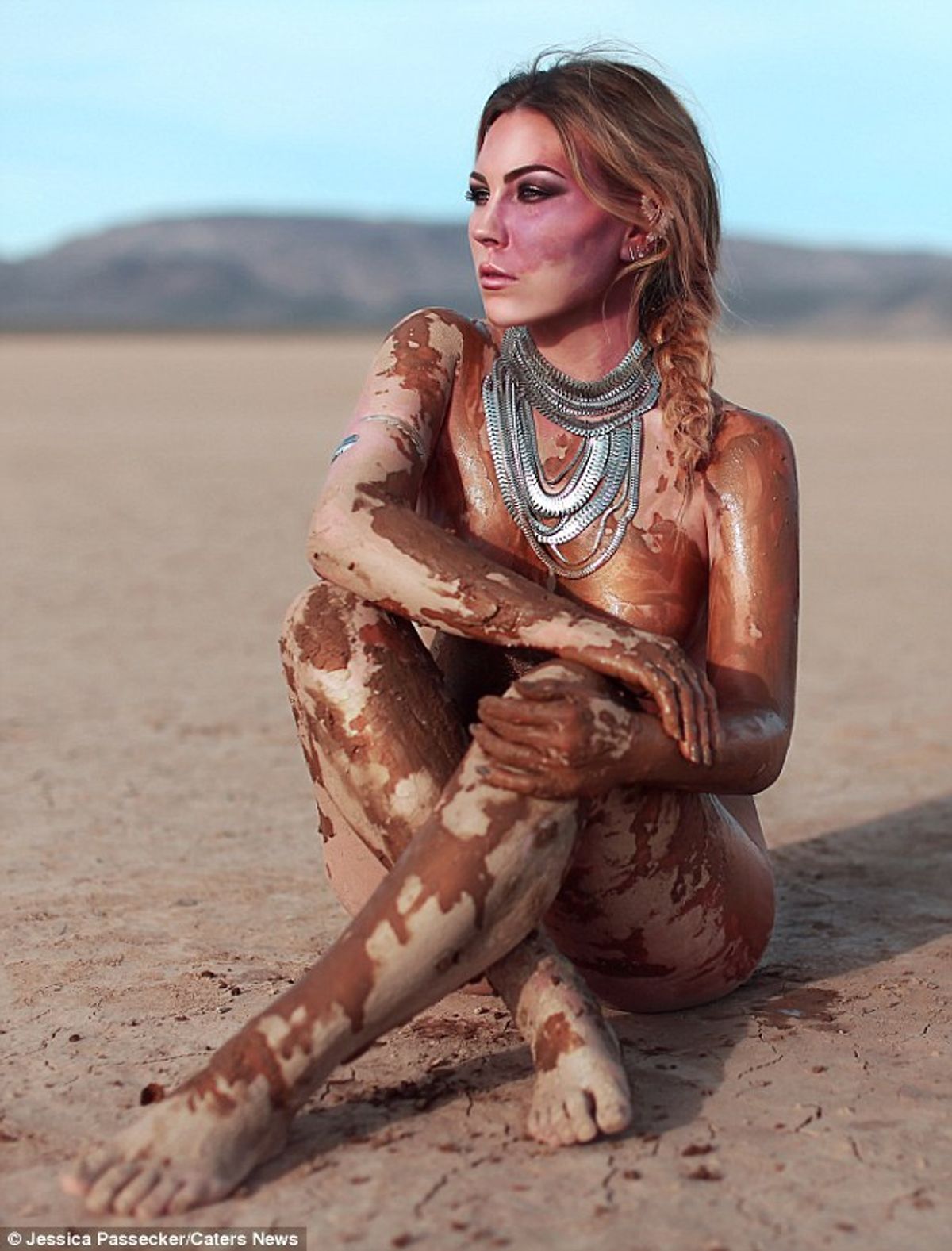 How many times have you heard that? If you’re a woman that is even slightly in touch with the media, probably a lot. But actress Paige Billiot, known for her role in "Road to Hell," is taking this clichéd saying and turning it into a meaningful campaign called the Flawless Affect.

Billiot was born with a large red birthmark across her cheek, called a port-wine stain. Port-wine stains happen when an area of skin gets an insufficient supply of nerve fibers. When there's a lack of nerve fibers, small blood vessels keep expanding, allowing a greater amount of blood to flow into the blood vessels and causing a stain to form under the skin. This is not an effect from anything that mothers do or do not do during pregnancy.

“When I was younger, the birthmark was hard for me to deal with. It was part of feeling vulnerable,” she told The Daily Mail.

Growing up, Billiot was bullied and questioned about her birthmark. Sometimes, the bullying turned from verbal to physical. As a kid, her family moved around a lot, and she had to explain over and over again what was on her face. But she eventually learned that standing up in front of her class, introducing herself, and explaining what the birthmark was, stopped a lot of the badgering and helped her accept her skin discoloration.

Now at only 23 years old, she’s continuing to take back agency and is loudly proclaiming that she loves her “flaw.” She created the Flawless Affect by collaborating with many photographers and even encouraging other people with “flaws” to get involved. She wants these artistic photos – some of them nude – to shed a positive light on skin imperfections.

"I created this project in order to give people a creative avenue to shed light on their 'flaws,'" she wrote on her Tumblr page.

Some photos feature her without many clothes on, while others feature her in gorgeous dresses. There's one of her in a robe, seemingly just chilling out at home, and several on her Instagram page in which is she covered in body paint.

“The whole goal of Flawless Affect is to redefine beauty and change the perspective of what a flaw is. I’m hoping that people will look at these photos and have a better understanding that whatever makes them different is simply beautifully unique,” Billiot told Yahoo Beauty. “The way we’re able to highlight a flaw in such a creative way will hopefully help erase any negative stigma one has imposed on themselves. I hope people accept themselves no matter how different they are and embrace that.”

For the photo above, Billiot outlined her birthmark to emphasize it.

Billiot doesn’t want the project to only focus on skin imperfections or discolorations, and anyone who feels that they have a flaw can join the project.

In the photo above, Billiot poses with artist and body painter Nick Herrera.

“This outlet is for anyone who feels they have to live with some sort of flaw, be it physical, mental, or emotional,” Paige explains. “The Flawless Affect project isn’t just for people with birthmarks, but is expanding to celebrate flaws of every shape and size and kind,” Billiot said.

She eventually wants to turn the project into a non-profit organization to further her efforts in redefining beauty.

“It has been amazing – I've got a lot of feedback from girls of all ages. They tell me their stories, they tell me how much they hide it and then tell me that this project has completely inspired them. I feel like I can help so many more and try to change their mindset to acceptance," she explained. "You must have the [mentality] that a flaw is flawless. It will still take a while, but it's about perspective."