Activism Is The LOUDEST In The Most Silent Spaces
Odyssey

Activism Is The LOUDEST In The Most Silent Spaces

What my experience with “March for Our Lives” taught me. 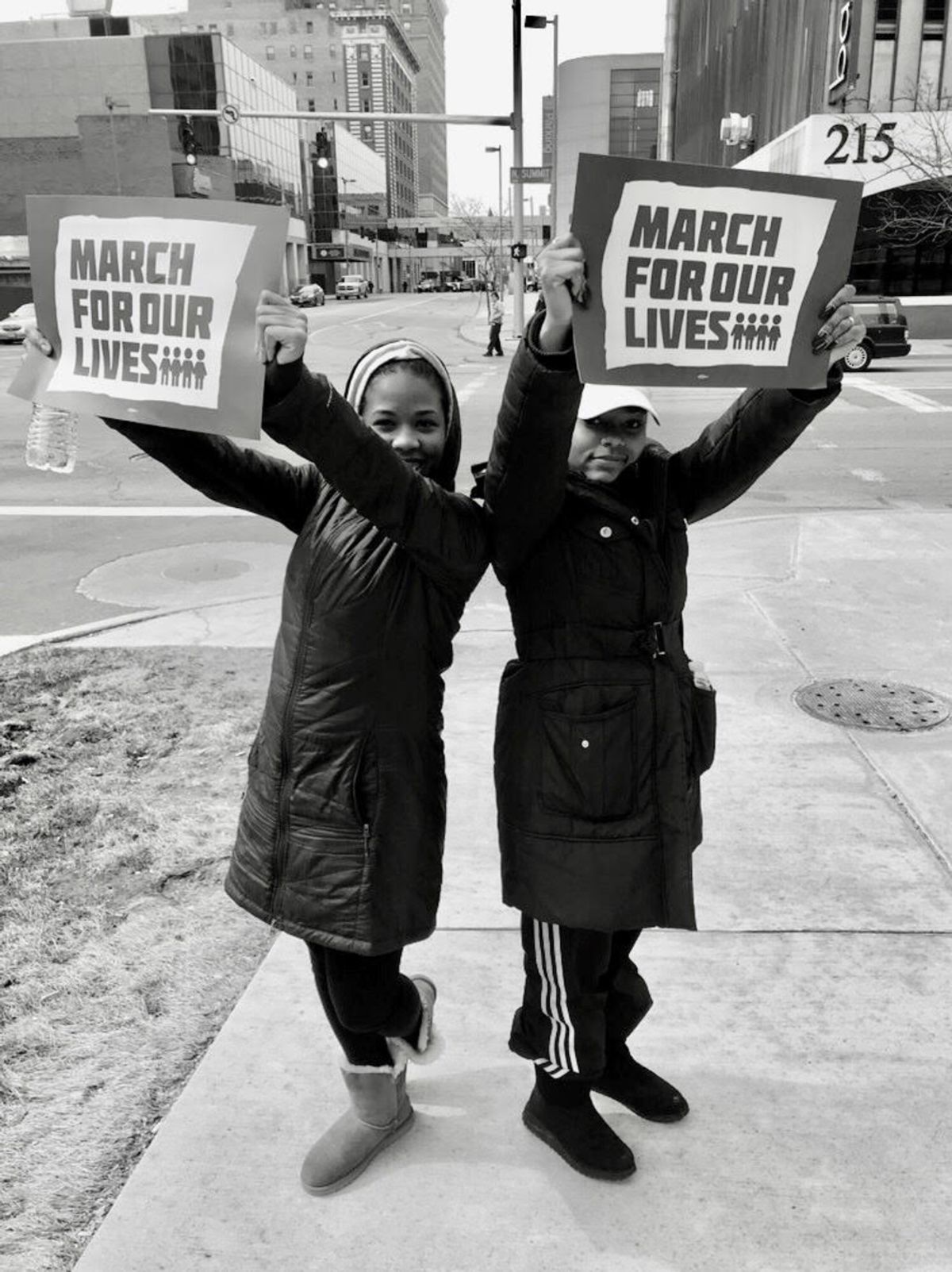 Last week I read this headline that read “From Alabama to Alaska, all 50 states had March for Our Lives Protest” and as I re-read those lines I had this odd chilling sense. One that I can’t really describe because little old me — literally little old 4’11 me was a part of what citizens across the U.S. and individuals worldwide chose to partake in.

It was a lot to take in and digest because as quickly as the 2 hours spent marching in the cold passed, the impression it has left on my soul is definitely impermeable. (I say “soul” as well because I believe that the 3 facets of humanity are: mind/intellect, spirit and soul). So, yes a lasting impression was made on my soul as my emotions were tested and in some ways resolved in a time span of 24 hours.

I should probably state that my involvement in the march was not planned ahead of time but purposed… which I’ve just discovered as I began to write this. As I marched for the lives and safety of all humans but specifically the lives of black and brown people, I in return was healing my own self and outrage. I once heard on a podcast that pure rage cannot sustain itself but will burn a human out… I was BURNED out by the end of the week.

My outrage could not sustain and I was coming up empty and feeling exhausted, my intellect was able to understand how such a tragedy as Stephon Clark could happen because we lost many due to police brutality; however emotionally I just couldn’t swallow this one. I couldn't wrap my senses around it because I too am 22-year-old African American in America AND honestly as I read those headlines and dug deeper into the story I felt as though I would not be represented or even empathized with in my workspace.

After writing a few poems and having a conversation with a close friend I realized that in my current geographical community there wasn’t much care or overwhelming concern for my ethic and social-economical community. I noticed that many of my colleagues, peers and even supervisors wouldn’t talk about the death of yet another black man because quite frankly it was only something that they may or may not have to think about. However, it was all I could think about and so to be able to sustain and thrive on in my week without finding bitterness lodged in my heart, I knew that I’d need an outlet.

I mourn for those students the same way I ache for Stephon Clark and for those who are gang/street affiliated and losing their lives as well. Death by gun violence is death no matter who pulled the trigger and why, it’s all tragic, it all deserves reform and representation; for there are many faces of this century-long issue.

So, again I needed a space that I could publically represent and express my anguish without being inundated with school safety because although that too is a priority for this country it isn’t the only concern. As I googled information for the March I realized that the closest one was in a neighboring state...and unfortunately that commitment I could not make. I carried on my week tired and uninterested to mingle with anyone who wasn’t hurting just as I was (which is an extremely toxic perspective to have, if I might mention).

I was ANGRY that each and every time I heard someone speak of violence they neglected to touch on that which pierced my heart. I was determined to steer clear of any protest in the city for the fear of their perspective only embittering mine. (I tell you… it’s very hard to unify in a country that is SO divisive even in our methods to fight for the same thing… justice and reform. However, as I’m writing this I am reminded that I am not of this world but chosen out of it. -John 15:19, therefore, I am called to love and unite... always…. No matter what the outside struggle looks like.)

So reluctantly as I went to a protest on BGSU’s campus and knowing what I presumed to be true, I stood for a while and observed what was said. More of what I had been experiencing all along which were cries for reforms with an emphasis on schools. Yet, surprisingly I discovered a glimmer of purpose as it was announced that a March would be held in Toledo, Ohio.

Still unprepared, with no original sign in hand I and another close friend attended our first march and similar to many others that marched for various reasons I discovered that I, personally needed more than anything else to join this mass desire to unify. That for my outrage’s sake I needed to be amongst those willing to March despite any preassumed difference I may or may not have wrongly conceived.

Whether if school safety or police brutality were the pulsing heart of one’s protest, together we chanted the same thing, demanding of our bodies to represent what we knew to be true in our hearts... that as a collective we’re far better than we could ever be apart.

That March radicalized my sense of activism because as I was marching for those who were killed at the hands of immoral police I was convicted of my own divisiveness. I was challenged as I reflected on my poor behavior early that week and how I angrily pointed the finger at anyone who didn’t share my same sentiments. I was reminded that if I had any desire to see any sense of change manifest that I first, in my own life would have to demonstrate unity. That my biggest demonstration of activism comes from how I engage with those who oppose my perspective daily… those who share spaces closest to me.