Acne: It Changed Me
Odyssey

Acne: It Changed Me

Acne is humiliating for anyone, but it's an even worse experience when you're an adult 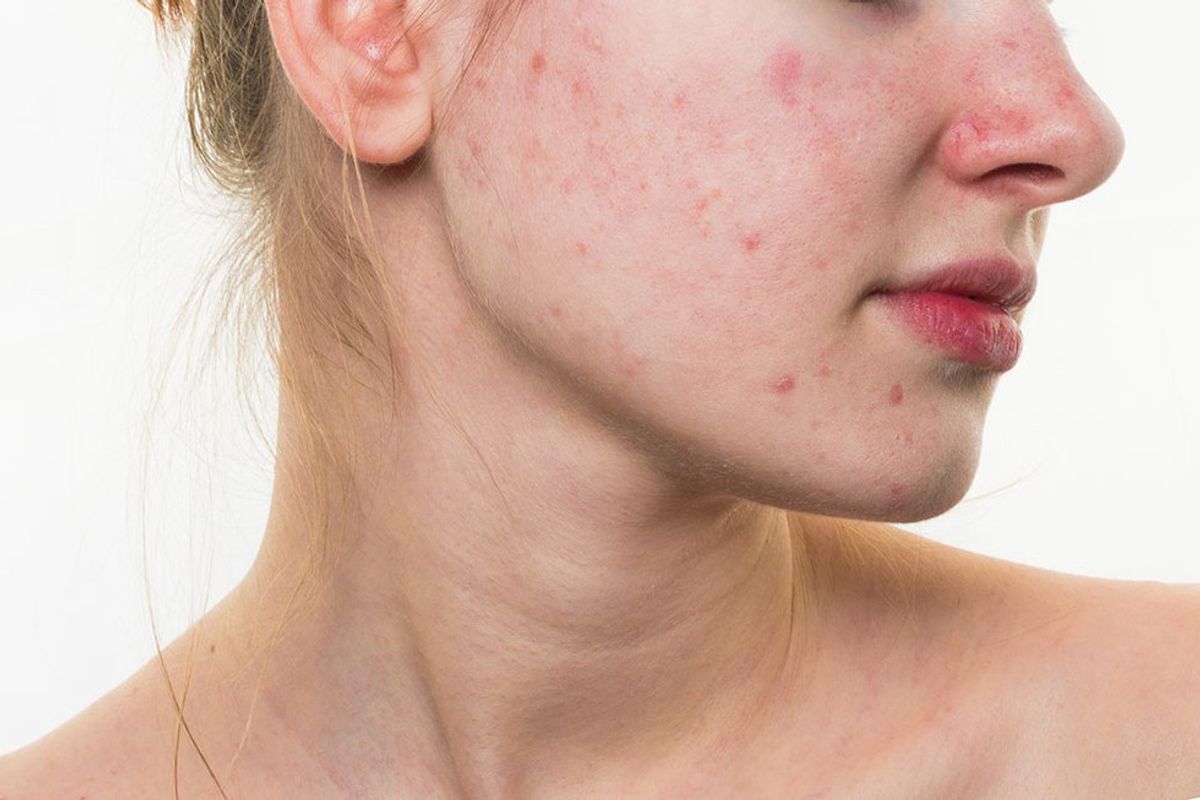 I took a selfie in February while I was at a park by my school. When I went to look at it before uploading it to Instagram, I realized just how bad my acne was. My left cheek was especially bad. I had large red pimples covering a large portion of my skin. They were deep and they hurt. The light in my dorm room wasn’t always the best and it wasn’t until I was confronted with this image of my face that I realized just how bad my skin had gotten.

Of course, I had the occasional breakout if I was camping, or on my period. However, it wasn’t until this past winter that I developed full-blown acne. It’s embarrassing because I’m 18 and I worry that people might think that I have no concept of personal hygiene. I’m an education major, so I generally spend a lot of time in classrooms. I worry that I will be perceived as unprofessional by my students.

When you think of acne, who comes to mind? I think of eighth or ninth graders: young teenagers whose bodies are changing and the acne is just another side effect of growing up. Acne is an experience that most teenagers go through. It is often mild, just a breakout here or there as their hormones fluctuate and they have a difficult time keeping up with a daily skin care routine.

I have a lot of trouble being confident in myself and for much of my life I have only felt beautiful when others notice my beauty. I have always been fat, and I worry that is the thing which everyone sees first. Losing my clear skin was scary and I found myself even more conscious of my presence. I found myself much more hypervigilant about the way others were interacting with me.

I always used to believe that young women who pay a lot of attention to their face and spend lots of money on products to maintain their skin were just being vain, or self-centered. I now know that this is not true. I buy expensive skin care products because it helps my acne. I pay attention to my skin so much because it hurts. It is impossible to ignore something that hurts so much.

Acne hurts both emotionally and physically. I would have nights where I couldn’t even put my face on my pillow because it hurt so much. I have had pimples in more sensitive areas of my face, such as under my nose, which hurt so badly that I had no choice but to pick at them. The pain would make me more aware of my acne, making me more conscious out in public.

I’m an adult and I am not supposed to have acne. When I go out in public, I am embarrassed just to be there. I am worried that people look down on me and assume that I am much younger than I am because of my acne. When I would go to my therapy group, I felt like I was being looked down on for being so young. I am not someone who tries to act older than I am, but to feel like others are looking down on me really hurts.

These past few months have been a challenge; I faced confidence issues, but I have emerged as someone who now understands the pain associated with seemingly minute insecurities because to us, they aren’t minute. In fact, they’re really important to us and if it’s important to someone, than it is a big deal. Women are not vain for caring about their appearance. Acne is not just a teenage concern and its not just a pimple here or there; acne is an ongoing war on your face.

I am lucky enough to be in a position where I can go to a dermatologist, and with his help, I was able to get my acne under control. My skin isn’t perfect but it is definitely much better. I have prescriptions which I use on my face and I went out and purchased the expensive products that my doctor recommended. I tell myself that it was the physical pain which become intolerable, but maybe it was the emotional side effects that led me to schedule that first appointment with my dermatologist. Maybe I am vain, or maybe it just makes me feel better to know that I can be confident that others are not making assumptions based on my acne.

As for that selfie, I did some significant retouching to edit out my “imperfections” before I uploaded it to Instagram and I eventually deleted the original. I wonder if that was the best move for my self-esteem or if I should have bared it. But I know that most people in my situation would have done the same thing because society tells us that we aren’t pretty unless we meet narrow criteria and every image in every magazine is acne-free.