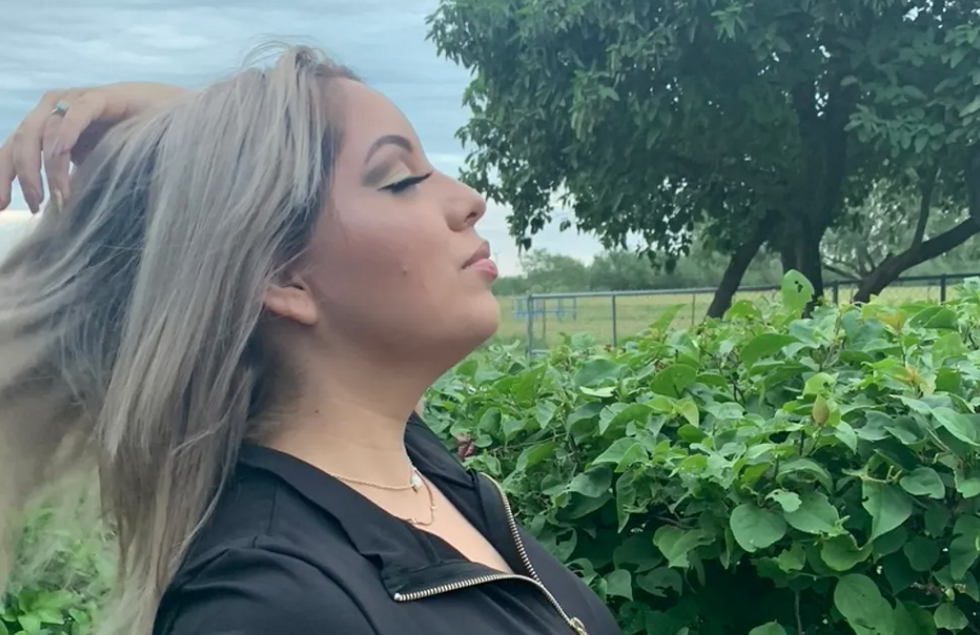 October is National Awareness of Domestic Violence month. As such, I felt it was urgent to highlight the importance of being aware of abusive relationships and the early warning signs, with a story.

Of course, this relationship starts off amazing. One of them swears they've met the other, and they're set for life.

Who cares if they're young when this feels so right? Everything is perfect, and they swear they'd suffer through all the heartache again if it meant meeting their partner.

Slowly, things are disrupted. There seem to be arguments creeping in, and rumors swirl. She brushes it off, knowing this is the start of something wonderful. After all, who doesn't ignore a few red flags when starting a new relationship, right? Even though she's heard stories of his abuse, "Not me," she thinks, "He would never do that to me, I would never be a victim of abuse."

So the relationship continues, and the arguments decrease momentarily. He starts peering over her shoulder whenever she's on the phone, and even picks up her phone and reads messages for her, even when she asks him not to. Then, he gives her all his social media passwords, without asking.

Even then, there are constant accusations, even when messages are coming from life-long friends. Now, there are constant arguments every day. She can no longer hang out with any friends without him, and he yells at her for talking to anyone who isn't him. He cries "You have me, what do you need friends for? They're all fake anyway, they don't care about you like I do." This hurts her and makes her fall to him. She thinks she has nobody to lean on, and people start slowly disappearing from her life.

One day she notices, she has fewer people to talk to. A few stayed true and stayed by her nonetheless.

Then, when she's struggling with her mental health, he gets angry. Very angry. He gets annoyed even, asking "What the f*ck is wrong with you? When are you going to get over it?" This leads her to feel even worse, but she promised him she wouldn't leave, and she keeps her promises.

Eventually, things get slightly better, but all boundaries have been crossed. She's been yelled at, called names, and even embarrassed in public. He will yell and snap at her in public, though she tries to brush it off. Because every time she brings it up, he manipulates her. Scoffing and saying, "Fine I'll just never talk, I'll just shut up."

Then, the bruises start appearing. She's unsure of where they came from, when she brings them up to him, he says "oh you bruise easily, you're a klutz." She'll shrug it off until one day, she notices his hand is wrapped around her arm where the bruises lay, and she notices he's squeezing her hard. Even if it's playful, and he claims he did it accidentally, she'll yelp in pain. And again, he'll say, "Sorry, I'll just never touch you again."

She wants to talk to someone, anyone. But nobody is around, and she has too much pride to admit there's a problem.

She goes to bed crying every night, she knows she should leave, but she still loves him too much. She doesn't want people to think there's a problem, though it turns out, people already knew. And if they didn't before, they would now.

She doesn't know how it got so bad so quickly, but it did. Her location had to be on at all times, they never went out or hung out with anyone else, which meant she couldn't either. He read all her messages, had all of her log-in information, and they argued every day, while she went to bed crying every night. And then, the worst happened.

It was the middle of the day, and she had another particularly bad day, where her best friend said something not so nice. To avoid an altercation, she put herself between the two and told her friend to leave. When he watched her friend walk away and look back at her, she knew she was in danger. Those were not the same eyes she fell in love with, it was something much darker.

Her anxiety swirled, and she could not have expected what came next.

He shoved her, so hard she almost fell back. "Why the f-ck did you do that!" He roared at her, and silence fell. Her world around her stopped, and everything seemed to pass by in slow motion. People walked by, staring, but not helping. Who would want to put themselves in this situation, after she cut everyone off, and he threatened anyone that went near her?

What should've happened: I left. What happened next: I didn't. What you need to do if you feel the same: Leave, now.
I can assure you, it will not stop. You have to save yourself, nobody can do it for you.

It will take weeks, months, if not years to undo the damage they did to you. Even then, they will still try to manipulate you by alienating all your old friends and trying to paint a different picture of you. Do not be fooled, all they want is control.

Abuse can happen to anyone, and being a victim does not make you weak. I am fortunate enough to have been set free, I am living my best life, and I will never let my judgment be clouded again.