What We Can All Do About Bullying
Odyssey

What We Can All Do About Bullying

We all have a role to play. 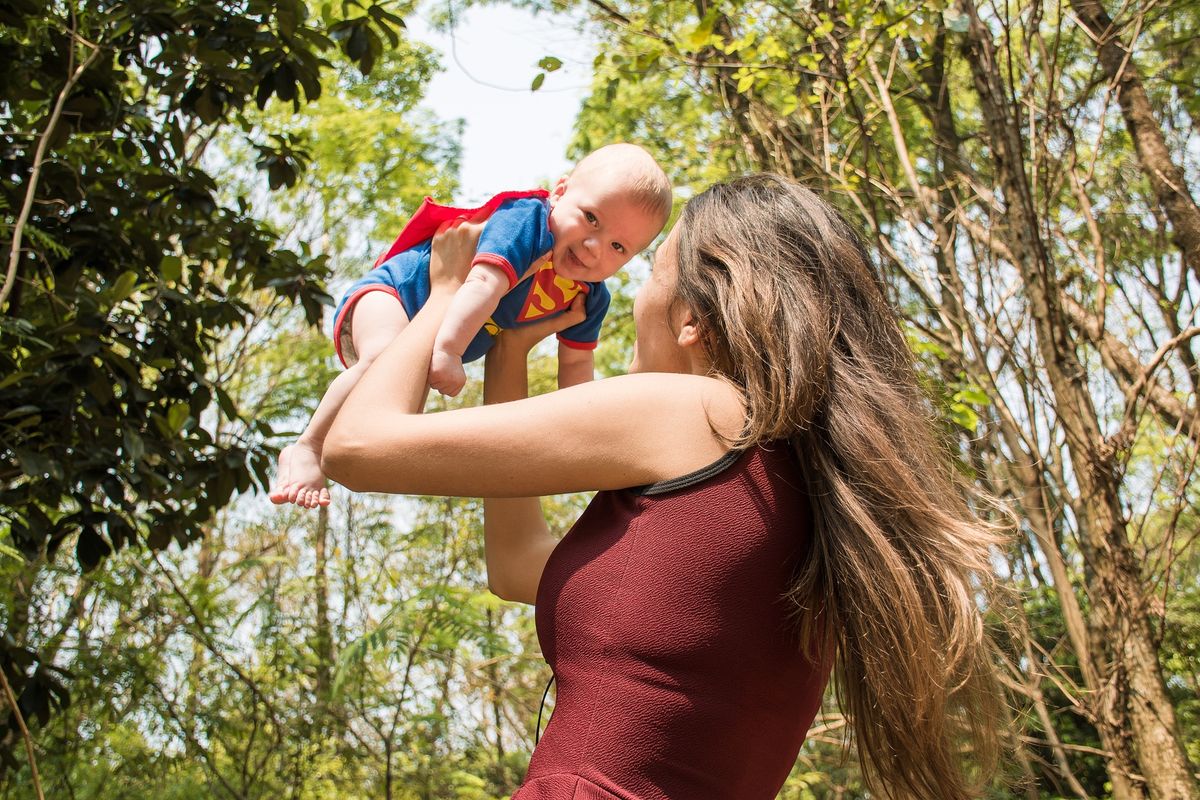 Another day, another parent desperately trying to pick up the pieces of their own life and raise awareness about the injustice of a bullying-related suicide. Like much of the violence against children in society these days, we are all too often desensitized and inactive.

Like my parents before me, and my brothers after me, I was constantly bullied growing up. In my dad's era, he was frequently beaten and robbed - and still lives with the trauma. My mother's experiences were more similar to my own: acute physical attacks, but mostly having possessions stolen or destroyed, being framed with ridiculous accusations, threats, insults, and other harassment that lead to emotional and psychological wounds. While I was blessed to have a family and friends that got me through it well-adjusted, it wasn't easy. Those experiences included having my locker destroyed, my glasses and cash stolen, my phone screen broken, my body groped, my hair pulled, my clothing forcefully removed from my body, my identity stolen online, my homework stolen and plagiarized, my reputation smeared and smirched by cruel rumors, and being pelted with raw eggs and paint, and being grabbed and drawn on with ink and marker. ids are creative.

Mostly though, moments like being suffocated with a coat and pushed under a bench seat so I'd miss my bus stop sucked --- but being called harsh words, having fake and degrading rumors passed around to teachers as much as fellow students, and otherwise being deliberately brought down, laughed at, and publicly humiliated - alongside feeling like an outsider, not having a place to sit at lunch, being forced to hide in a library, music room, or theatre, and spending as much time being forced to explain the "sad story" of an incident to a guidance officer as the jerks who did it spent in detention was worse.

Being bullied becomes part of your identity, and trusting people becomes complicated during those formative years, but more than anything, kids so desperately looking for connection and a sense of belonging start to feel like there is something wrong with them.

Luckily for me, as sad as this sounds, I became extremely ill and spent 9th and 10th grade in a hospital. Frenemies become friends, toxic friends scatter, and enemies become either guilty or too curious about you to keep up the rouse. No one wants to hit the sick girl. No one wants to steal from the girl taken under the wing of stronger kids for the novelty of her sob story.

The short respite from school - and the realization of how arbitrary "like" and "dislike" is, as simple as what makes you interesting or what stories you can tell or what you have back home - gave me one hell of a backbone. I came back as the defender of weak kids, instead of a target, and started to easily move between circles in a clique-heavy school full of walls and boarders. I started a book club to get vulnerable fellow-geeks into the library and out of the hellscape of the lunchroom.

I launched kindness campaigns, and got permission to force every study hall to watch videos like To This Day, give presentations, and leave affirmations of love and support notes in every locker, or just by the bucket in homerooms. I made a little documentary about tabling with an anti-bullying pledge with the limited means I had at the time.

And to be honest, I don't know how much it did about the environment as a whole. It certainly set me apart as someone not to be screwed with --- the worst incidents often stopped when I walked into a room or approached the group, and my peers learned quickly that I was expert at shutting down attempts when they started pushing my own buttons. I took control of my physical space with a keen eye, a bucket of confidence, and a brazen fearlessness about immediately speaking my mind and getting an adult on my side when I had to. It didn't make me "cool" with everyone, and it ended in a lot of "hall monitor" labeling, but it also made life easier for a few of the worst victims. I started taking kids under my wing, and earning the respect of "cool kids" who were nice enough themselves but didn't have the guts to stand up to their friends. Not every kid can be that. Not every kid wants that. Part of me suffered for it - being different in that way, always falling into the role of being the only one to do anything, being treated as uncool and out of touch for separating myself from my peers - and the rest of me had no choice. I couldn't sit by. I didn't always intervene in the best way, I didn't always say the right thing, and I wasn't always appreciated for it. I usually didn't enjoy it. It never made things perfect. It always made a difference though. It always derailed the situation. It always felt like the right thing.

High school is a different story, though. One's own mental health can run separate and parallel to the rest of the world of your school. You can hate it, but you also have a sense of self and at least an inkling of how to self-advocate.

Middle school is the worst. Elementary school can be bad.

Adults aren't helpless. We can't see and be with the kids in our lives all of the time, and we can't get the whole story just by checking in. We wouldn't always understand even if we could.

What we can do is equip all kids on all sides: the strong, the vulnerable, the bullied, the bullies, the apathetic, the bullies that don't realize what they're doing.

Talk to your kids. Have the conversation.

Not just to sons and daughters from parents, but to your little brothers and sisters. To your little cousins. To the ones you babysit. To your nieces and nephews. To all the children in your life who you have an impact on as an adult. You can be a source of comfort and pull a kid through things, or a major moment of learning, even if you think your role is small or insignificant.

The impression and impact you can have isn't always one you are aware of. For example, I was impatient about typing in a CAPATCHA yesterday. It was something I forgot 2 seconds later, and didn’t think of as a conflict at the time, but it was a different event for my baby brother. However he experienced it, he spent the day devastated and upset thinking I was dismissing him, silencing what he had to say, and thinking I thought his feelings were stupid or unimportant. By the time I confronted him about his reactions throughout the day he burst into tears because it had built up so much in his head. A loving conversation turned it around. He would’ve carried and buried if I hadn’t been willing to listen, apologize, gently explain, validate, and air it out.

Kids are sensitive and not socialized for logical contextualization at grown up levels yet, and that's developmentally appropriate - so don’t play the “toughen up” cop out card so you don’t have to be accountable to modifying for them.

It takes a village to bring ‘em up, and everyone in that village is responsible and accountable for their impact.

Everyone feels screwed up by someone growing up: mom, dad, teacher, uncle, brother, sister, whoever. Most of those adults are regular people who didn’t think to slow down to let kids express themselves and work out the little (and really, not small for them at all) things they’re roller-coastering their way through a huge scary world with.

Talk to them. And just as importantly - listen to them.

The ones who aren’t bullied either bully or hang with a bully, hang with a kid who hangs with the bully, or watch it go down. It’s a big part of social life in schools and trust me, they know.

Tell the well-adjusted kids that their words last forever. Tell them it matters where they sit at lunch, not because they have to be with the cool kids but because it can change a life to sit with the kid sitting alone.

Something little to a kid who can handle it can destroy a kid that can’t, and you have to be big enough to realize your kid who is doing just fine can be obliviously part of a nightmare for another kid on the edge.

Erickson tells us the social world is everything to kids during highly impressionable developmental years, and that young children and teens lack the life-experience earned resilience to have much of a threshold to deal with this stuff. Feeling outside or lonely can be as destructive as the worst words and the worst words, as destructive as physical abuse.

Teach your kids to have confidence in reaching out and being kind and standing up for the odd one out, even when it seems like being cool and funny is more important.

Tell the vulnerable ones their lives matter more than the school day. Keep them home every day if you have to. Tell them they’re loved and it doesn’t last forever and know you have power to step in and change the situation from the top down if you have to, and don’t wait, and don’t let it be if the administration is useless and apathetic to the situation. Raise hell for your sensitive kid, because they can’t and won’t defend themselves. Because too many stories end like this.

Kassie Hsu
Baylor University
3617
Panda Whale
Here are 100 things I'd rather to than study. I know the semester just started, but
Featured