Being Anti-Abortion Won't Save Babies, But It Will Kill Women
Odyssey

Being Anti-Abortion Won't Save Babies, But It Will Kill Women

I, too, was pro-life — until I realized there was more to abortion than just "killing babies." 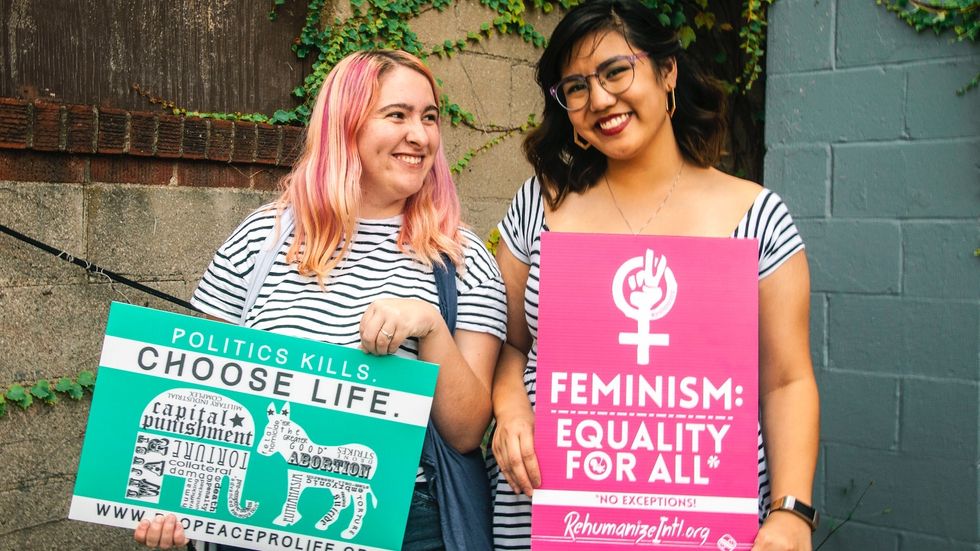 Growing up, abortion was always a taboo topic, even moreso now as various bills are being passed around the country to prevent or restrict access to abortion procedures. I always thought of myself as pro-life because when I thought of abortion, I thought of babies being unwanted and mother's who just wanted to end their pregnancy because they didn't want the baby.

But now, at 21, I now know there are many more reasons women have abortions beside just not wanting a baby.

It's the women who had their tubes tied to prevent more pregnancies, but still somehow managed to get pregnant anyway (which, although the chances of it happening are low, it does happen).

It's the women who had previous life-threatening pregnancies and would likely die if they are to bear another child.

It's the women who have cancer and are going through treatment, which is very harmful to a baby.

It's the women who found out that the child they're bearing has multiple anomalies, such as heart defects, spina bifida, cleft lip or palate, or some other anomalies that would make it very hard for a child to survive outside of the womb.

It's the women who are in a relationship where they're abused mentally and/or physically and don't feel safe carrying a baby.

Say it with me: Women do not need a reason to have an abortion besides that it's their body and their choice.

Women are not put on this earth for the reason of bearing children. They should be allowed to make whatever decisions they want regarding their own bodies.

And, don't you dare come at a woman with, "Sex has consequences. If you have sex, you should be ready to have a child."

It's the start of a new decade. Why should men (I say men because they're the ones I see supporting these anti-choice measures) have any say in what a woman, who they may not even know, does with her body and her pregnancy?

So, next time you talk about how you're anti-abortion, remember that this isn't just about babies. It's about the women who carry them.