The use of weapons has harmed both the civilian and international population, but the fight to abolish has commenced. 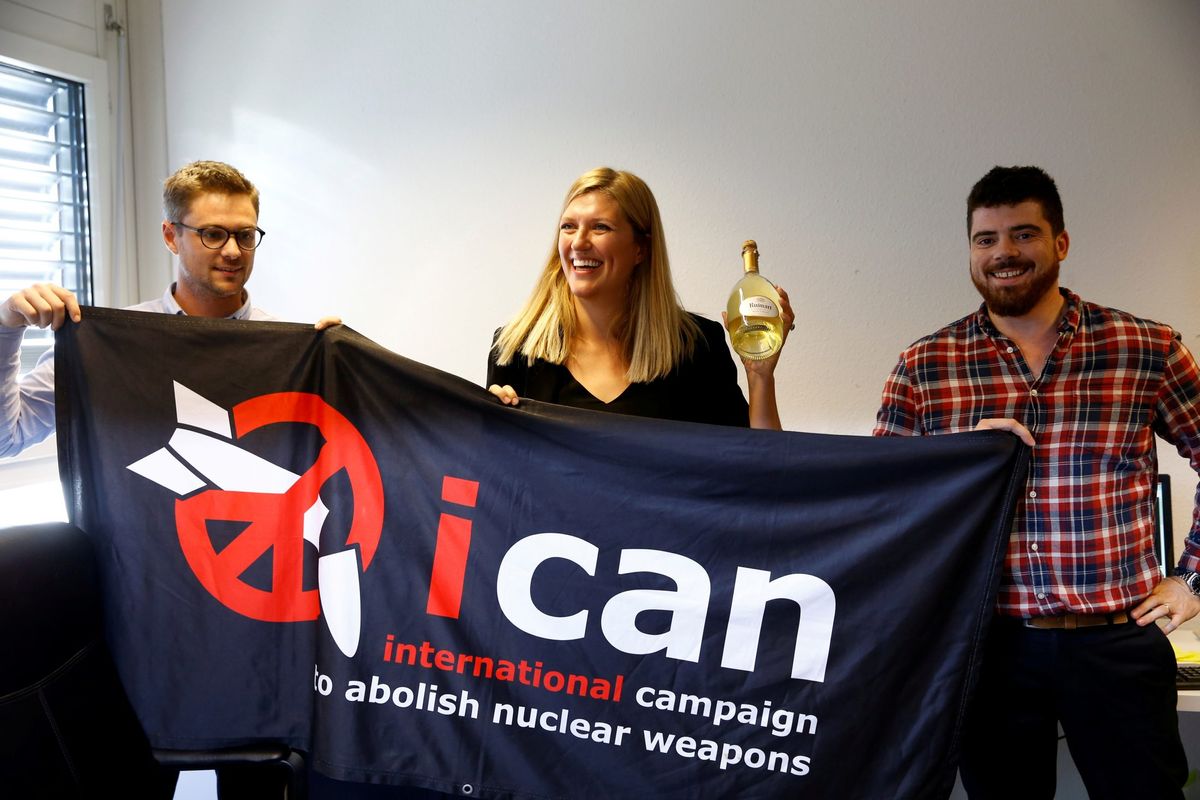 “Actions speak louder than words.” This is one proverb that you may have heard or applied countless times in your life. When you want something done, there is always an action involved. Those who simply express with words can inspire change, but those who do it are the ones truly executing. In the current state of the nation, it has become evidently clear what adjectives are currently associated with this country: divided, hatred, mass murder, and weapons.

In the recent events that took place in Vegas, we saw over 500 people directly physically affected by the traumatic event and many more feeling psychologically traumatized. In the recent years, there have been multiple mass shootings in schools, churches, nightclubs, and any other place imaginable. There seems to be every reason out there now to be agoraphobic in this world. Tie this in with nuclear weaponry, and you have the cherry on an explosive ice cream so that once you take a bite of it, there will be nothing left of you either.

Over the years, nuclear war has been used as an expedient to cause the most amount of casualties. For what? Mostly to pose as a threat or for personal psychotic vendettas. What most people do not know that behind the madness, the science proves that nuclear effects are severely prolonging. If people do not immediately die from an explosion, any effect from the radiation can have lasting effects and usually leads to cancer. For example, in Hiroshima and Nagasaki, leukemia incidences rose in the late 1940s and peaked into the 1950s. The radiation effects are even present among the not older survivors of this war. American is no longer in a war with Japan, but the effects are still present. It is as if American has continued to contribute to the many deaths afterward. Along with the physical trauma, any sense of identity is completely lost. Most people affected by the blast were civilians now with ruined homes and families. Once they diminish, what is left to live for? The humanity dies with it.

Since then, nuclear wars had been occurring and tested by many other nations such as the former Soviet Union, the UK, Cuba, North Korea, India, Pakistan, and many others. More recently, people have started to call bans for any of the projects related to nuclear warfare. These efforts have been recognized in the form of the Nobel Peace Prize. It was, in fact, announced, today, October 6th that the prize goes to the International Campaign to Abolish Nuclear Weapons. The campaign is based in Geneva and was recognized in its efforts further negotiate a treaty, which was accepted by the United Nations in July.

Though the efforts are promising, the situation is not exactly black and white. There will always be people who disagree and some of the nine nuclear-armed power countries (US, Russia, UK, France, China, North Korea, India, Pakistan, and Israel) are boycotting these very necessary actions. In fact, the US is one of the nations opposed to the treaty and feels that its effects will rather exacerbate than ameliorate.

Mass murder has become a common phrase now. It is occurring within the civilian and international population. Sure, weapons can initiate a form of action, but it is definitely not a good way to resolve a conflict. Rather than action, I think we should let words take its course. Words that let us inspire, love, and hope. No matter how cliché it sounds.

In case you're tired of searching for new movies worth watching, consider going back in time for date night and watching a romance classic (or 30).

From black and white films to colorful '90s chick flicks (many of which I've watched alone or with significant others), the list below features romantic thrillers, rom-coms, historical romance, or just classic romantic stories for any given decade, here is a list of movies you need to add to your must-watch list ASAP.