An ultimate list of the toys that stole our hearts in the '90s. 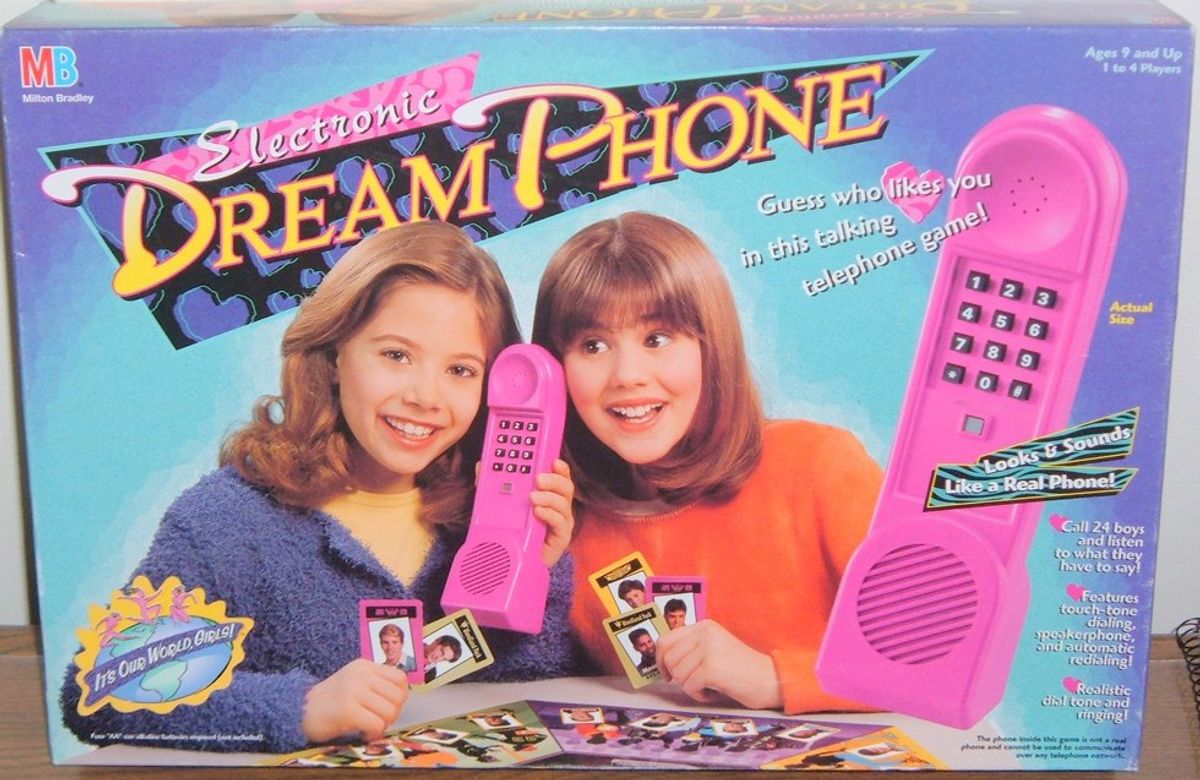 My siblings and I called these "Jiggers", but apparently the official name for this beloved (and totally pointless) '90s toy is Water Snakes. I do not know if it was the colorful, glitter-filled liquid or the fascination of squeezing your wrist into them, but somehow this toy stole the hearts of everyone during the '90s.

The Skip It was really a fascinating invention. This toy allowed you to practice your jump rope skills, while also having the potential to shatter your ankle each time you missed the rope. Besides the pain this toy caused me, I would still give it at 10/10 for entertainment.

Still just as frightening as the new furies.

Shortly after Mom and Dad banned you from writing on the walls, the Doodle Bear was released. These bears encouraged us to write on our toys and managed to earn a spot in every '90s girls toy box.

Tiny dolls, tiny clothes, and tiny houses to keep them in. What's not to love?

My Kitty Surprise came with five kittens, which was quite impressive. I loved opening the velcro pouch to reveal the five kittens. Apparently the original Kitty Surprise can sell for anywhere between $2,000 and $5,00, if you know someone who wants one badly enough. Unfortunately, I trusted my Beanie Babies to earn me some extra money one day instead my Kitty Surprise.

Not only did all '90s girls love Beanie Babies, but the majority of us still have them. Beanie Babies are probably the most iconic toys of our generation.

With their brightly colored hair and matching belly jewel, the original Troll dolls quickly became popular with my generation. '90s girls have different perspectives on Trolls. My sister is still terrified of these.

No complaints about these plastic pieces that helped you draw masterpieces.

This toy has survived through generations.

This toy kept my brother, sister, and I occupied for hours. I'm sure stepping on the tiny glass pegs was an annoyance for our parents. Completing a masterpiece and lighting it up was the coolest thing. (Mom, do you have any idea where this is?)

These may still be on many '90s girls current Christmas lists.

Anything Barbie was classified as a need for '90s girls at some point in their lives.

Their eyes "open" when you rub ice cubes over them, and you don't know what gender your doll is until you open the box. They have soft bodies and hard, slightly orange heads. Mine came from a free box at a yard sale and entered my life when I was two, instantly becoming my favorite toy. I named mine Lucy and took her everywhere. I still have Lucy sitting on my bed. I am 22.

What's not to love about cuddly dogs with giant, sad eyes? My childhood experiences with Pound Puppies may have been a precursor to my love for volunteering at the animal shelter.

The commercial displayed her as the most beautiful, talented, and fascinating Barbie doll of our generation. I remember how excited I was when I realized that my grandparents had bought me one, and how disappointed I was when it didn't work. Even though this doll could not actually ice skate on the plastic pond that came with her like the commercials promised, she was still a staple to the '90s Girls Christmas List.

I'm not lying when I say everyone had a Tamagotchi. These virtual pets remained popular with some '90s girls until high school. The shared fascination for feeding, playing with, and raising a virtual pet is universal. Excuse me, Hatchimals, but Tamagotchi's were here first.

In a world before all teenagers had their own cellphone, Dream Phone was one of the best gifts you could receive. The Dream Phone was the first game brought out at sleepovers.

Again, and I can't stress enough, the '90s had the best virtual pets. These robotic dogs have been replaced by something called Fur Real Friends, which I promise are no where near as exciting as the Poo-Chi.

American Girl Dolls have stood the test of time with their beautiful dresses and overly priced accessories.

Animals, neon colors, and glitter. What could be better?

It's unfortunate that future generations will not get to experience the wonders of Walkie Talkie's. Since cellphones are no longer a luxury for adults only, this beloved '90s toy is over and out.

Like anything Barbie, anything made by Crayola was also a necessity. There is nothing like the smell of melting crayons.

I accredit the Bop-It for my ability to multitask as an adult. Being able to write articles for the Odyssey while binge watching SVU, drinking Dr. Pepper, and studying at the same is a very transferable skill.

While most of these were cheaply made with off brand markers that dried out within days of opening them, you just had to have one.

Caitlin Marie Grimes
University of South Florida
10271
Beyond The States