9 Non-Traditional Things to be Thankful for This Thanksgiving
Odyssey

9 Non-Traditional Things to be Thankful for This Thanksgiving

Don't forget to say what you're thankful for this Turkey Day, but try to think a little further! 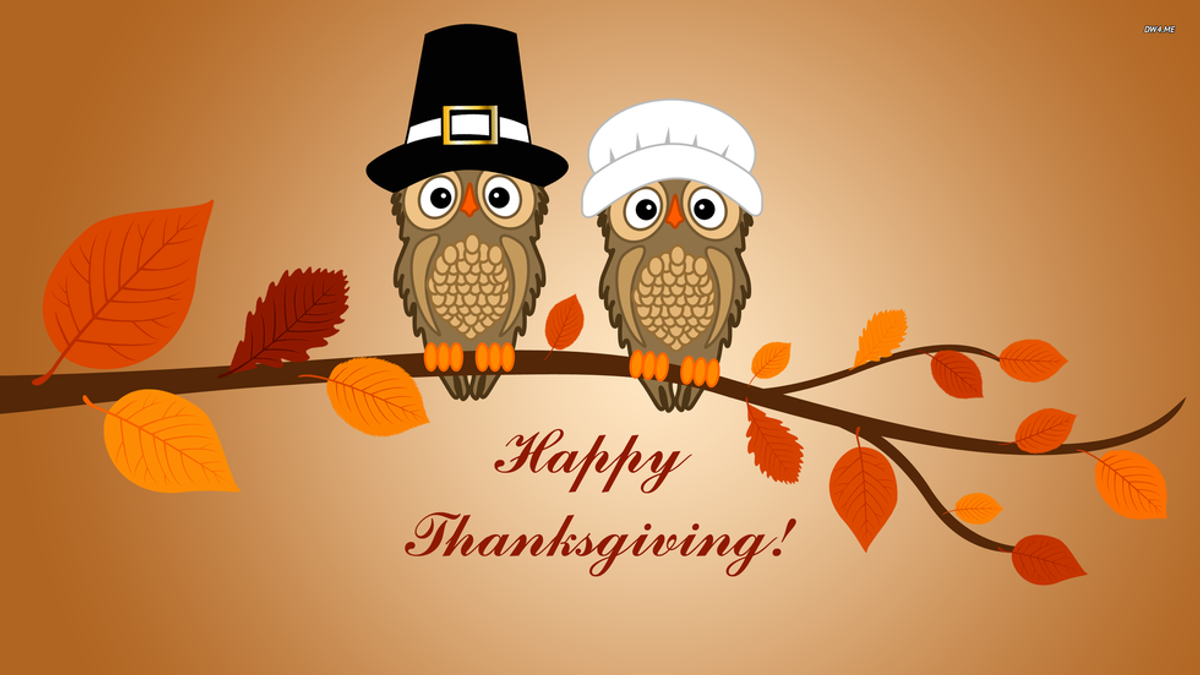 It’s a common tradition to tell everything that we’re thankful for. This year, I decided to think about some non-traditional things to be thankful for.

Don’t get me wrong, I’m thankful for God, my salvation, my family, my friends, and so much more. But there are also things that I know I forget to be thankful for, but I am, whether I realize it at the time or not.

My grandmother recently sent me a reminder about remembering to stop complaining about things and be thankful for them, because they happened for a reason.

1. I’m thankful for the countless hours I spend studying.

Believe me, I complain quite frequently about the time I have to put in to study. BUT, I never think about how grateful I am when I receive a good grade and realize all my studying pays off. It’s tedious, but well worth it. It’s something I should be thankful for.

2. I’m thankful for the times my friends and I disagree.

While this one doesn’t happen often, I am thankful for the times it does. It reminds me that not everyone has to have the same opinion, and that is perfectly fine. It reassures me that my friends are always honest with me and don’t just tell me what I want to hear. And I am extremely thankful for that.

3. I’m thankful for all of those times my brothers aggravate me.

I have two younger brothers who love to drive me crazy. They love to pick on me and tease me and do whatever they can just to annoy me. But I wouldn’t trade it for the world. While it is hard to be thankful for them being aggravating, it reminds me that I should be thankful that I have siblings to be aggravated by, and my brothers are easily one of the things I am most thankful for.

4. I’m thankful for all of the debates over political views.

Let me just start by saying that I am not thankful for all of the protesting about the election or the hateful comments that have been said. That is just unnecessary and nothing to be thankful for.

5. I am thankful for all the times I’ve gotten in trouble with my parents.

I was a hard-headed, strong-willed, independent child. I can’t say that some of it hasn’t stuck with me throughout my life. It is nothing unusual for me to get in trouble for having a smart mouth or just not listening to my parents. I can’t think of a single time that I’ve been thankful for getting in trouble, but looking back on it, I’m thankful now. My parents want what is best for me and I know that’s why they fuss at me. I’m thankful to have parents who care about me so much.

6. I am thankful for professors who do make it to class.

I’m a college student. Believe me, two of my favorite words are “free” and “cancelled.” But, I had a professor who recently had some health problems and had to cancel a lot of classes. I enjoy this professor’s class and I have taken several classes with this professor. I am thankful that he is feeling better and able to teach because I would hate for something serious to happen to him.

I also know that my education is costly. It is also highly beneficial to me. So while I do enjoy having classes get cancelled, I am thankful when they don’t because my classes are benefitting my future.

7. I am thankful for the cold weather.

I enjoy warmer weather, but I also enjoy cooler weather. Despite the fact that you can find my roommate and I on any given morning complaining about the cold, and probably unsuccessfully reasoning with ourselves about why we don’t need to go to class because of the cold, I know that before long, the blazing heat will be back and I will hate walking to class in the heat more than I hate walking to class in the cold. So every day, I try to remind myself to be thankful for a break from the heat and to enjoy the cold air.

8. I am thankful for all of the times my parents have told me “No.”

Just like with my parents’ punishments, I often don’t see the need to be thankful for them telling me “No” until later. While I tend to harp on the things they tell me I can’t do or have, I forget about the things they allow me to do or have. They’ve raised me to be strong and independent and not too spoiled. I’ve never had anything bad happen because they told me I couldn’t have that new pair of shoes I thought I absolutely needed. It also makes me much more thankful when they allow me to have something else I really want.

One of the things I’ll always be thankful for is my dad saying no to the college I originally planned to attend. I was determined I needed to go there. It was his alma mater and my grandma’s alma mater, and I wanted it to be mine too. It wasn’t like he just flat out told me I could not attend this college. But he did stress to me that he worried about me being at a big school that had more students than my hometown has people. He pushed me to explore my options and think about other colleges. Because of that, I fell in love with PC, and I’ve never regretted my decision. For that, I’ll always be thankful for.

9. I am thankful for things that don’t go as planned.

I like to plan things. I like to know what’s coming next and what time it’s coming so that I know how late I need to be. However, sometimes it’s okay that things don’t go as planned. I recently realized that my major may not be for me and I want to switch to something else. My overall plans of pharmacy school are still the same, but I may change my undergrad major. It’s okay to do these things. At first, I felt like I would be letting down some part of me by not sticking to my plan, but that’s okay. Plans change. Usually when they do, you find it really worked out for the better. I am thankful for all of these changes that have made me who I am and have made me realize who I want to be.