9 Reasons We Should Be Nice to Nickelback
Odyssey

9 Reasons We Should Be Nice to Nickelback 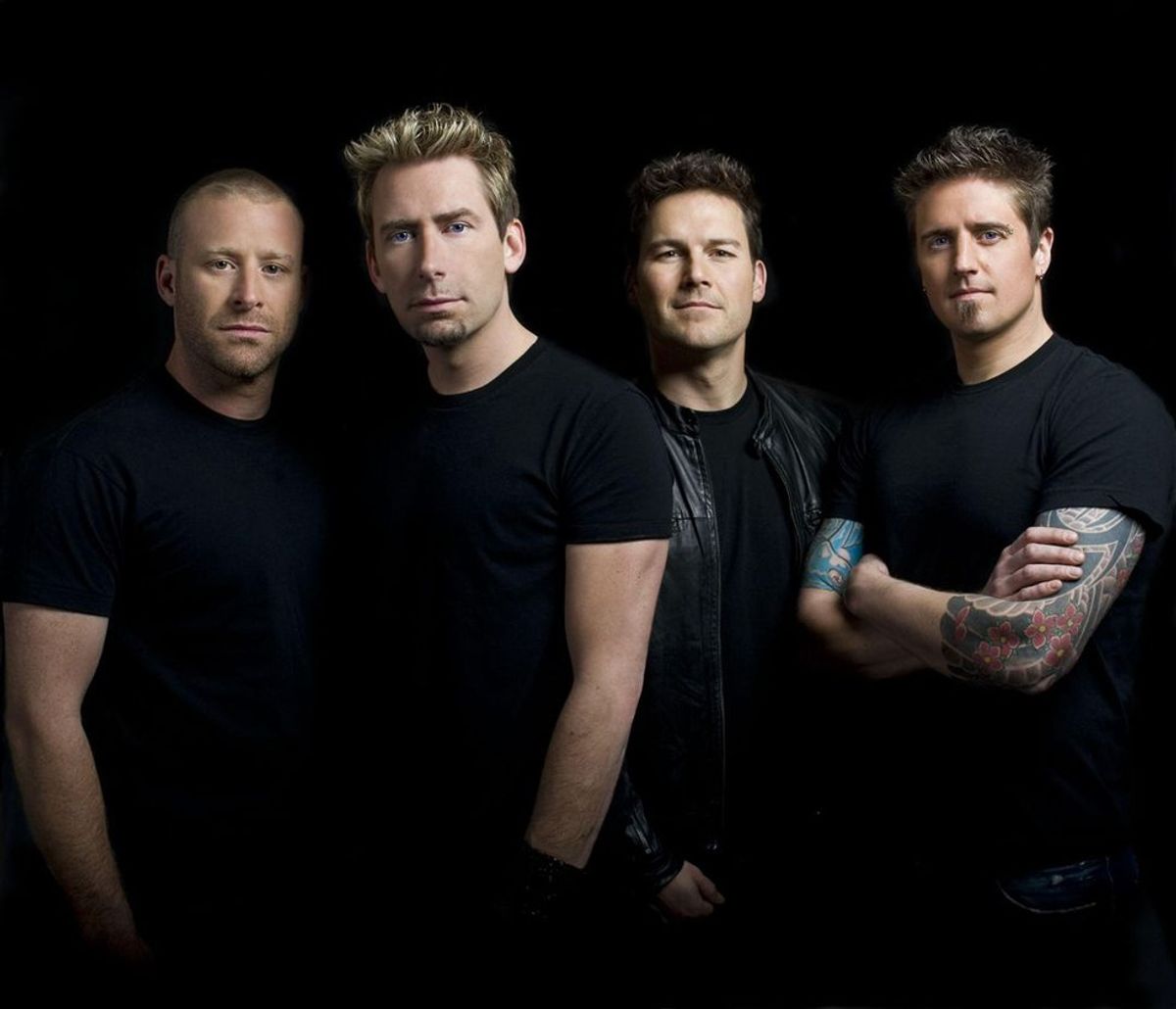 It seems like I can't walk down the street or go to a social gathering anymore without hearing the words "Nickelback sucks!" I can't go on social media without seeing "memes" made of Chad Kroeger holding a photograph of something ridiculous that is photo-shopped in the frame (see: the music video for "Photograph"). At any opportunity, people go out of their way to crack jokes at the expense of Nickelback. Sure, it's hilarious, but these men deserve some props. As a firm supporter of this band and an anti-millennial pioneer, I'm choosing to step up to the plate for these four Canadian rockers. So, I've set out to find 9 reasons why we, as human beings, should be a little nicer to the dedicated members of Nickelback.

1. In their extensive 22-year career, Nickelback has sold more than 50 million albums worldwide.

~50 MILLION~. Journey has sold around 48 million albums to date, Stone Temple Pilots at 40 million, and Grateful Dead at 35 million. Like it or not, Nickelback is in good company with some rock n' roll heavyweights, and they're still going.

2. They rank as the 11th best-selling music act and the 2nd best-selling foreign act in the United States of the entire 2000's.

If everyone doesn't like their music, how are these stats truly possible? You say you can't stand them, but the numbers say differently.

It has become pop culture to "hate" lead singer Chad Kroeger because "he's a jerk". This begs the question, evidence please? Sure, if you Google search him, interesting things will pop up (for an 18+ crowd only). However, certainly nothing mind-bending or out of the ordinary as to what many of us hear everyday. As a foul-mouthed and unpredictable young adult in a sea of foul-mouthed and unpredictable young adults, throw Chad a bone.

What is an inspirational music group if they only have influence within their music? Nickelback goes above and beyond the call of duty by being involved with the Obakki Foundation, an organization that aims to bring clean water to poor villages in Africa (https://obakkifoundation.org/). The group, particularly guitarist Ryan Peake and his wife, launched a project to raise awareness about this cause in 2015, and continue to contribute to it. Aside from the foundation, the group constantly lists the issue of bullying at the forefront of their publicity. Bad music? That's subjective. Bad people? Absolutely not.

If you don't enjoy their early work that has made them a powerhouse of their genre, why not start fresh with the new album? Wipe the slate clean, have an open mind, and enjoy.

6. Putting down Nickelback does not make you cool.

I can't emphasize this one enough. Guess what, Jessica? Brad from Alpha Kappa Sigma Zeta Omega Pi won't be impressed by your casual "Yeah, play anything except for Nickelback. They're, like, so bad!" Save your breath, and save my typing fingers from cramps.

7. Off the top of my head, I can name maybe 50 worse-sounding bands/artists.

On a bad day. For the sake of music, ridicule bands that actually deserve it. Bands like Hootie & The Blowfish, the Sex Pistols, Rush, the Dave Matthews Band. Are you kidding? Don't even get me started on the current state of rap music, if you can even call it that. (I'm talking to you, "Kodak Black").

8. Canadians are the nicest people in the world.

Ever hear someone impersonate a Canadian? In the dialogue that follows, it's sure to mention the word "sorry" about a million times. Why? Because Canadians apologize at the slightest of offenses, even if they never offended you in the first place. I wish America had that stereotype, but I'll keep dreaming. Canada 1, 'Murica 0.

9. These guys are making millions upon millions of dollars ... what did you do today?

While these four gentleman have been touring, grossing countless amounts of cash, and living rockstar lifestyles, you are sitting on your laptop. You have been worrying about your upcoming Biology test, your recent bout of acne, your never-ending day at work tomorrow. So, let's be real. The numbers don't lie. If Nickelback is "irrelevant", I'd hate to see what you are considered.