11 Famous Girl Bosses Every College Woman Looking For A Job Post-Grad Should Look Up To
Odyssey
CurrentlySwoonLifestyleHealth & WellnessStudent LifeContent InspirationEntertainmentPolitics and ActivismSportsAdulting
About usAdvertiseTermsPrivacyDMCAContact us
® 2023 ODYSSEY
Welcome back
Sign in to comment to your favorite stories, participate in your community and interact with your friends
or
LOG IN WITH FACEBOOK
No account? Create one
Start writing a post
Adulting 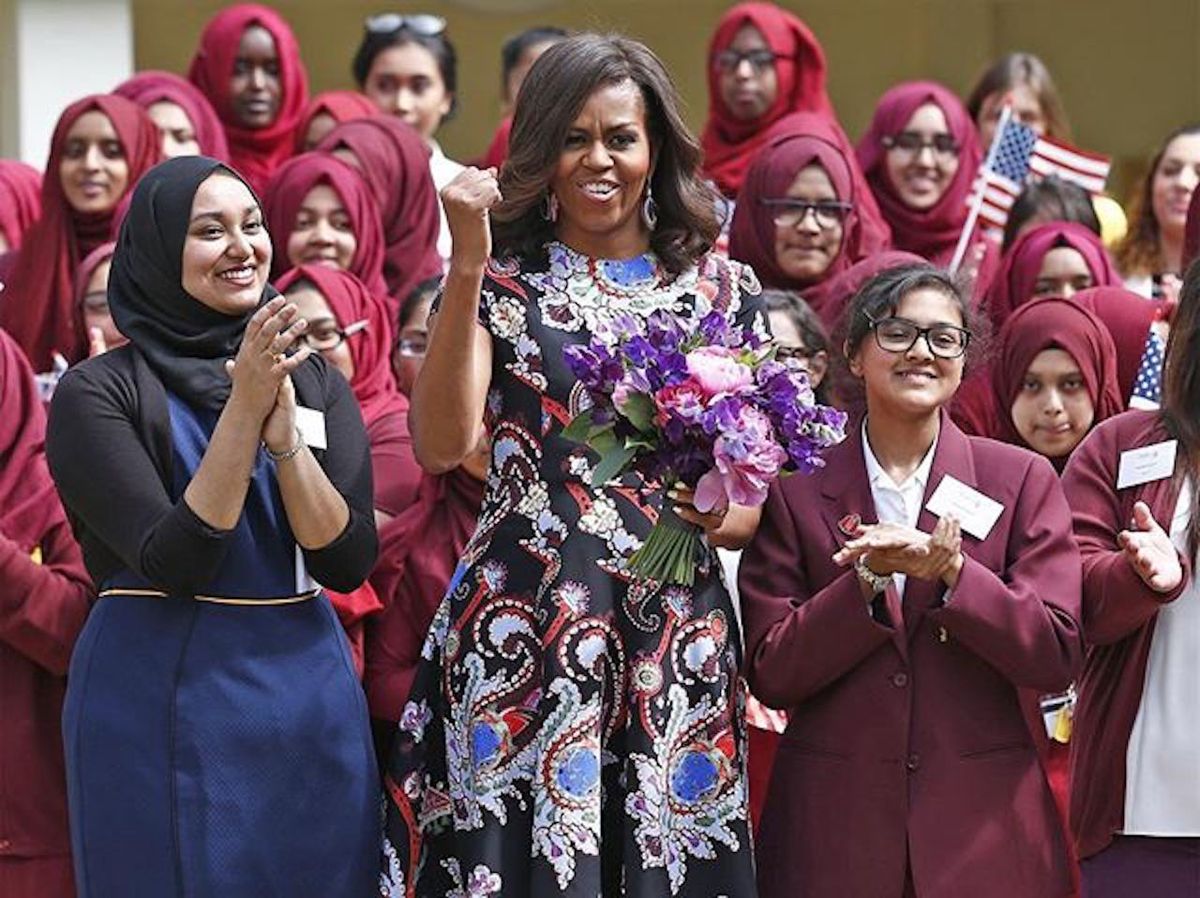 Every college girl who's looking for a job post-grad should be following these incredible women. Each one of these women is here for their own self and has built something amazing. Whether they're fictional or not, these lovely ladies are someone to look up to. Most of them came from nothing, had nothing at one time, or was left in the dust with nothing.

The true FLOTUS. If America was a monarchy, she would be the queen. Born and raised in Southside Chicago, Obama ~literally~ started from the bottom and didn't stop until she was at the top — The White House. Her high school teachers discouraged her to apply to college. Obama's parents didn't go to college. Her brother went to Princeton, something rare where she came from. She attended Princeton and later on, Harvard Law.

She often is compared to Jackie Kennedy, but truthfully, I think she took lady Jackie's style and meshed it with her own brilliance. When asked by her Harvard Law faculty mentor on who she wanted to be, she finally made the decision that she could be both "brilliant and black." She keeps her Southside heritage within her but also can achieve almost anything.

I didn't see her in action because she died the same year I was born, but her legacy still lives on. She was involved in countless charities (literally, I can't say an actual number) specifically her work with AIDS and leprosy. Not too many royals or notable public figures wanted to be involved with this disease because it was very controversial — controversial meaning that anyone involved would be considered a social pariah.

But Lady Di defied those norms and actually held an AIDS victim's hand to destigmatize the condition. You rock, Lady Diana. Your sons are happy. Prince Will has a beautiful family and a receding hairline and well, Harry is doing just fine (ya know, getting married to the best paralegal out there hehe).

The OG girl boss. She started Nasty Gal when she was flat out broke at 22-years-old. She started it on eBay. If you haven't watched Girl Boss on Netflix starring Britt Robertson (another girl boss), then I highly recommend you do. Also, read Sophia's book girl boss!! It's perfect inspo for any college woman who's scared of being out on her own for the first time post-graduation.

Not just her comedic relief from all the negative in the world, but she is transcendental. She received the Presidential Medal of Honor from Barack Obama, the face of LGBT movement, and is one of the few people in Hollywood that has been married for longer than 72 days. Her bio reads: "American comedian, TV host, actress, writer, producer, and LGBT activist." I can go on and on about how she was so brave and courageous and amazing, but that pretty much sums it up.

An activist, active in politics, and involved in multiple charities. You've noticed that these girl bosses are involved in a lot of charities, but that's what they are!! And, I mean Kerry Washington is THE Olivia Pope. Or she plays her. Same deal. OH, she also married an NFL player.

If you haven't listened to the Goal Digger podcast, and you're 21 or 22 years old in college, girl you need to! Jenna Kutcher is the amazing girl boss out there for any college girl! She talks about being body positive, being your best self, and also teaches online marketing for freeeeeee! She also made viral headlines with her husband after a reporter did a cover story on her.

She and her husband have gotten criticism because she's "big" and he's "Mr. Six-Pack" who shouldn't be with a "girl like her." To those people who might be reading this, don't. It doesn't matter what size you are. Size does not equal beauty. 10/10 listen to her podcast, it's actually my favorite podcast I listen to.

I've been a true follower of Taylor Swift since '07. Her first single, "Our Song" was my anthem in middle school. I sang "You Belong With Me" at the top of my lungs. I don't care what people say: "Taylor Swift is fake, she only wants attention, she doesn't care about anyone but herself." She's been a beacon of light for me. She's been a true role model in telling me to love myself and all the quirks I have to offer. She says that's it's OK to be single. She says to follow my heart and that I don't need a man to do so. Love her or hate her, I don't care but she is an actual girl boss.

I was hesitant to include her on the list, but it's about time we start including her in this list. Everyone is saying that she should've left her husband when he turned out to be a dirty, rotten cheating pig. Everyone turned on her when she stayed with her pig husband. No one stopped and asked her how she was feeling. Put yourself in her shoes, like actually. What would you do if Chad from Sigma Apple Pi who texts you at 2 a.m., buys you Benny's and takes you to his formals CHEATED on you with a girl from your sorority?

I am proud to say that I support Hillary Clinton. I might not support her policies and I don't want her as the first woman president, but I think she's a true girl boss. She was cheated on, people. She's made mistakes but she's still picked herself up and tried again and again. Let's lift her up. I think that makes her a true girl boss.

I have to include my homegirl Amy Schumer. She's funny, talented, amazing, and just all-around gives me life. She speaks about body image issues without it being all that love yourself mumbo-jumbo. She pokes fun at herself and knows how to laugh at herself. Some people might not like her, but hey like most of these women on this list, that's what makes her a girl boss.

I just found her recently on Twitter and she's an actual girl boss. Did you know she's the "author & inspiration" for Scandal? Sorry, fangirling over here! She works as a crisis manager, lawyer, author, and TV writer. She founded Smith & Company, a crisis management firm in D.C. Some of her notable clients were Monica Lewinsky, Michael Vick, and Sony Pictures Entertainment after 2014 cyber attack. OK, can I work for this woman???

Last but not least, I have to include a country singer. First things first, I hate Blake Shelton for cheating on her. But she picked things back up like nothing happened. After seeing her ex with a troll, she just kept making more music. If you love country music as much as me, she's someone worth looking up to.