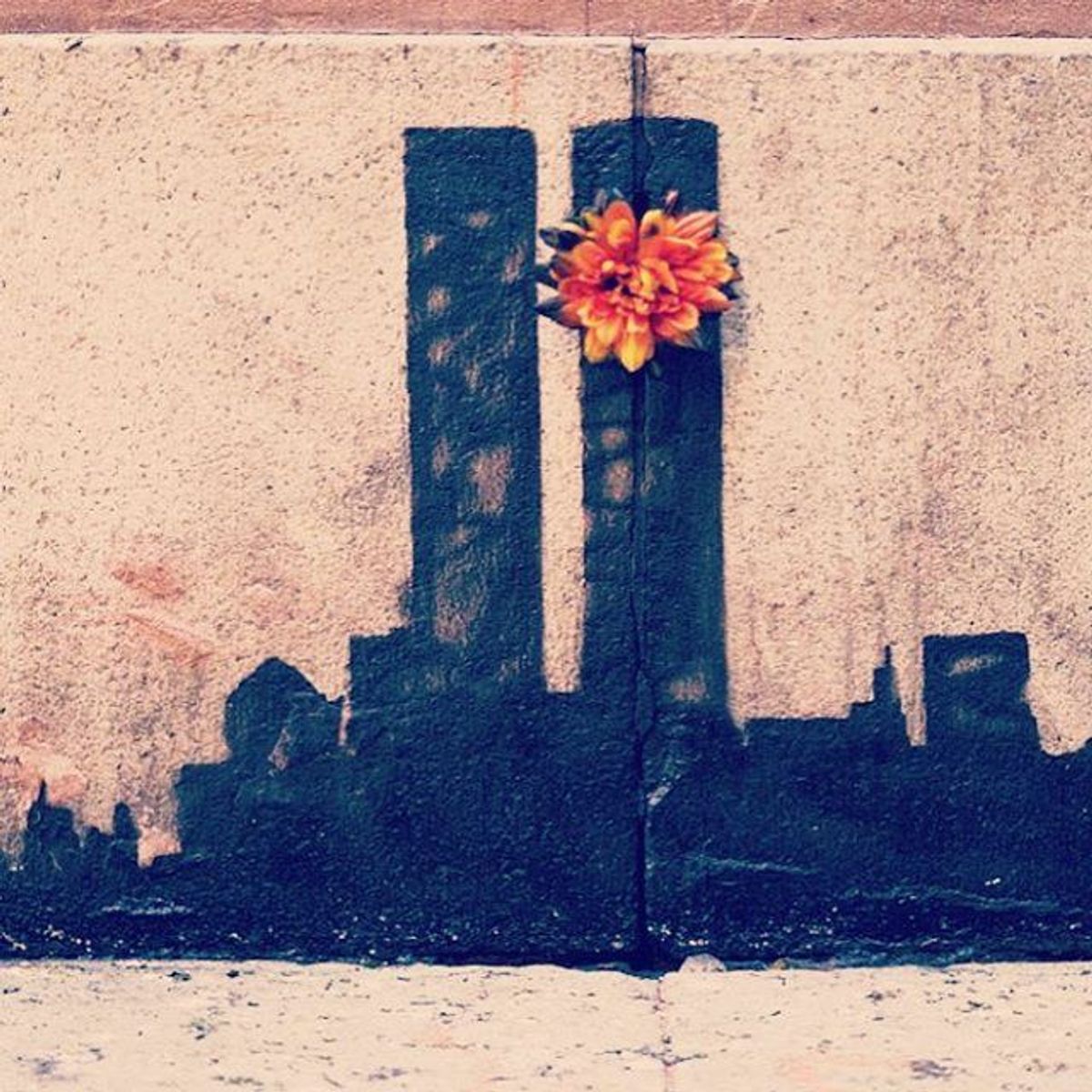 It was just like any normal day; mom woke my siblings and me up. We all got ready, and went to school. It was a sunny day, not colder than usual, and not hotter than usual, just perfect. I remember being in the first grade, with Miss Harrington, my friends, and those little teeny desks. Our first subject of the day was math, and we were all quietly learning about numbers and their properties. The day started out fine, then, the classroom phone rang. Suddenly, Miss Harrington called us all to recess in the classroom; we wouldn’t be continuing our math lesson for the day. All of us were very confused, but being 6, we were all ready for recess anyway, so we went to play without question. Our day went on, and we kept playing, no lessons at all. Miss Harrington just sat in a little blue chair with the classroom television on the news. She never mentioned to us what was happening in detail, just that something bad happened in New York City.

As the day went on, more of us got more worried while watching the news with our teacher. We weren’t all too positive what occurred, but we could see with our own eyes the fire, the smoke, the tears of people, and the chaos that was on the screen. Miss Harrington would cry every once in a while, but when asked why she was crying, we were told again that something bad had happened. Kids’ parents began to pick them up from school around lunch time. Whenever moms would enter the class room, the teacher and them would hug, both crying together. The moms would then hug their kids, still crying, and when asked what was wrong, they were told that “we would talk about it at home”.

Back at home, we were told that there was a terrorist attack. I did not know what this was, but I did know it was bad because at 6 years of age, I had never seen my mother stop what housework she was doing to watch the news in the afternoon. She was frantically changing the channels to make sure it was the truth, making sure all news stations said the same thing. When I got home, my siblings were already there, my dad already home from work, none of these things were normal since they would always have some sort of practice after school and dad was always working late in the summer. Something bad had happened, but at 6, I would never fully understand until later.

The events of this day are vividly remembered by all of us. Many of you may think, “you were 6, you were completely oblivious, it didn’t have that big of an impact”. However, as children, we remember the most vivid situations that happened in our lives, I just told you the exact events of this day, if you were to ask me what happened on September 17 when I was 6, I couldn’t relay to you this information. September 11, 2001 is forever engrained in my memory; I can remember every little detail. Which brings me to my point of the saying from the young generation of “we were kids when it happened, but we aren’t kids anymore”. This saying is true; the feelings behind it that made that saying are real. We don’t just put this as our newest Instagram caption for the day or our Facebook status. Every year on September 11, we are reminded of how our childhood was robbed of us on that day. Our innocence was voided as we watched one of the worst events our nation had seen. This stuck with us through our lives. They state “children remember everything” and that they do, maybe not throughout their whole lives, but in this situation, yes, their whole lives.

As the older generation watching us now, going off unto the military, college, and workforce, do not judge us for feeling hurt on 9/11. We were vulnerable children on that day 15 years ago, we remember the events in chronological order just as you do. Yes, we were young on 9/11/01, but we were sponges, we soaked this day into our bodies and remember it full-heartedly. Yes, we were only kids when it happened but we are not kids anymore. We witnessed this and it inclined some of us to want to defend our country in the military, some of us to become political leaders, some of us to become young educators, and some of us to become volunteers. This day has been engrained in our memory and influenced our whole life. We may have only been 6 when it happened, but now we are grown, and our goal is to not destroy the world, but build it into peace and safety for all nations, not just our own. September 11 changed our views on the world, influenced us in every step of our lives, and now we are the ones left to bring change into a world, which we want to live, and our children to also.