8 Things I Hate About Greek Life

And yes, I'm in a sorority. 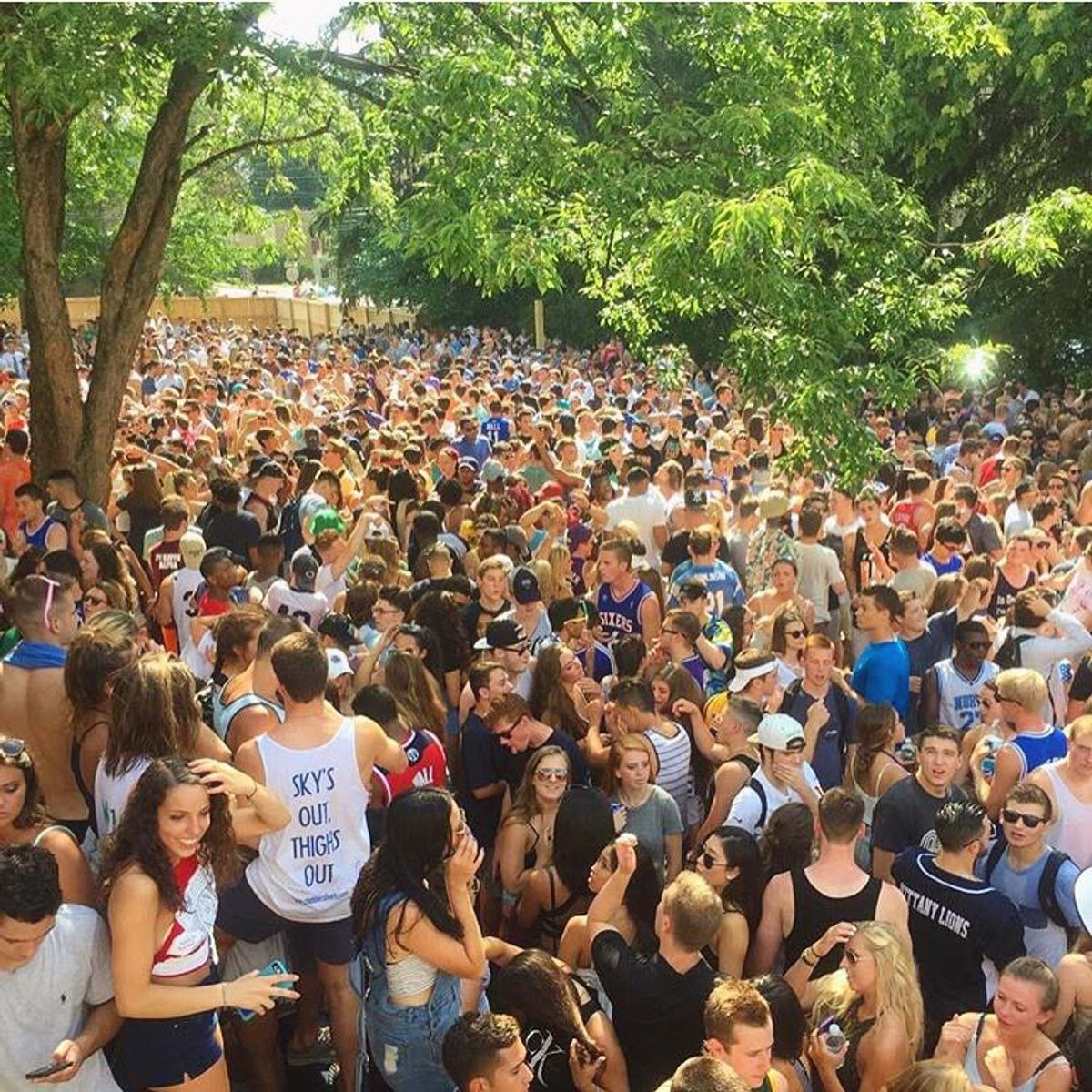 Don't get me wrong, joining Greek life was by far one of the best decisions I have ever made, but there are certain aspects of Greek life that I wish were different. I've read numerous articles regarding this same topic, however, they were all written by people who aren't involved in Greek life and only have an outside perception of it. After two years of being a member of the Greek community, here are some things that really get under my skin:

I feel like this is pretty self-explanatory, but not all of us go out every single night or hook up with any and every human being we come into contact with. There is so much more to Greek life than partying, such as fundraising for our specific philanthropies and creating life-long friendships while doing so. And no, we didn't join Greek life to pay for those friends.

2. The stereotype based on our Greek organization

This is definitely something that is school-specific. Among the Greek community, it's obvious that certain organizations are known for certain things, particularly when it comes to appearance and social ability. In other words, if you're a part of a certain Greek organization, other people will assume you are good-looking and a super fun person to be around, or the complete opposite solely based on your fraternity or sorority. Greeks are more than just their letters and this kind of ridiculous prejudice is present among both fellow Greek members and non-Greeks as well. Remember that old saying, "Don't judge a book by it's cover"? That's basically what I'm trying to get at here.

This is more specific for sororities, but the fact that sorority women are basically required to wear heels when they go out (except for themed socials) is honestly ridiculous. While a nice pair of heels do make my legs look amazing, they kill my feet and end up completely ruined after wearing them a few times due to dancing through constant puddles of frat juice all over the floors of fraternity houses. I get that we all want to look our best, but I can rock a pair of Converse or flat sandals with a simple sundress and still look amazing when I go out.

Again, this is specific for sororities, but I'm sure everyone gets annoyed when they log onto Facebook in the middle of the summer to see a million notifications of "Sorority Recruitment" text photos being set as a mandatory profile picture. I get that the Panhellenic Council is trying to promote recruitment to potential new members in a way that paints sorority women as equal, but cloning them through social media isn't a very effective marketing strategy. Every sorority and every member of those sororities are unique individuals and these profile pictures take away that individualism from these women. Other than that, a simple profile picture or sorority-specific cover photo won't be the factors that will convince non-Greek women to register for recruitment.

Every sorority tells potential new members to rush them, which basically means to keep choosing and going back to them throughout the recruitment process so that you can finally receive a bid and eventually become their sister. I'm not sure if all sorority recruitments are set up in a similar fashion, but in my sorority recruitment process, the potential new member doesn't necessarily choose which sorority they receive a bid to. The sorority holds more power during recruitment, so no matter how much you love a certain sorority and constantly rank them as your favorite, you might not receive a bid or even get called back for the next round if the sorority doesn't like you back. And no, it doesn't matter if you're a legacy, either. I'm a legacy for a sorority at my school and I only lasted two rounds with them despite ranking them at the top of my list throughout the week and wanting more than anything to follow in my family's footsteps by becoming a sister. Sorority recruitment is also extremely judgmental and is only based off of 15 to 30 minutes of cycling through small talk with multiple women. How the hell are you supposed to find your "home" in Greek life based off of conversations about the weather or fancy pants? Likewise, sororities can't determine which women would be amazing additions to their chapter solely from those conversations, either. I've said this many times, but I really wish recruitment was more like fraternity rush since the guys going through rush get to choose exactly which fraternities they go to. The events they attend are also way more casual and allow the guys to really get to know everyone on a level that's deeper than what their favorite food is before bids are handed out. Sororities and potential new members don't get that light intimacy during recruitment, which is one reason why women struggle, and possibly fail, to bond within their chapters once recruitment is over.

Word on the street is that some schools don't even have this (or if they do, they don't really abide by it), but unfortunately my school does. Basically, a tier system ranks different sororities and fraternities and is the guide to knowing which Greek organizations are "good" or "top", which ones are "okay", and which ones are "bad". However, this system is mostly based on the physical appearance of the members of each Greek organization, so if a sorority has more good-looking girls, they will be ranked higher than other sororities and vice versa. This system also affects the social schedule for each fraternity and sorority, with "top" fraternities and sororities always having socials or creating partnerships for certain events, and "bottom" fraternities and sororities sticking together, as well. I find this to be the shallowest part of Greek life, because regardless of what fraternity or sorority you're in or how high or low you are in the tier system, that won't affect how I see you as a person. You could be in the top fraternity on campus, but if you're a complete a**hole, there's no way I'd ever consider even talking to you again.

Despite being an overly stereotypical quote, you wouldn't believe how many times Greeks get asked "Who do you know here?" or "What sorority are you in?" when trying to enter a fraternity party. I mean, does it really matter? Half the time if the guys at the door turn you away you can still manage to sneak in somehow, or other brothers of that fraternity will let you in anyway. It's clear that fraternities want to make a name for themselves by trying to make their parties more "exclusive" based on the aforementioned tier system, but once you're inside most people don't necessarily know which fraternities and sororities are in attendance, nor do they really care. No matter who we are, we all just want to dance on elevated surfaces and shotgun beers together and there's really no need to make those experiences so exclusive.

8. The separation of Greek organizations

The Interfraternity Council and the Panhellenic Council are constantly trying to promote unity within Greek life, but things like the tier system and the prejudice that comes along with our letters only add to the separation of the Greek community. If these governing councils want us to be unified so badly, why don't they force different organizations to participate in certain events together like Greek Sing or Homecoming instead of letting the organizations choose their own pairings? Even though there are rules enforced that prevent organizations from being paired with each other multiple times over the course of two or three years, organizations still find ways to get around that and basically pair with the same organizations over and over again every couple of years without really branching out. We simply can't be a unified Greek community if every organization sticks to these little cliques they've created over the years.

I'm a proud sister of my sorority and a proud member of the Greek community at my school, but I don't understand why Greeks let these superficial things affect Greek life the way they do. At the end of the day, none of these things even matter, especially after we graduate, though unfortunately not everybody realizes that. Life isn't always a beauty contest or a popularity game, and I think it's about time that Greek life stops trying to make it that way.

Emmaline B
The Narrative
56986
https://unsplash.com/photos/O0T1SIgHAfM