Just doing little things to show your friend you care can go a long way in easing some of that semester stress. 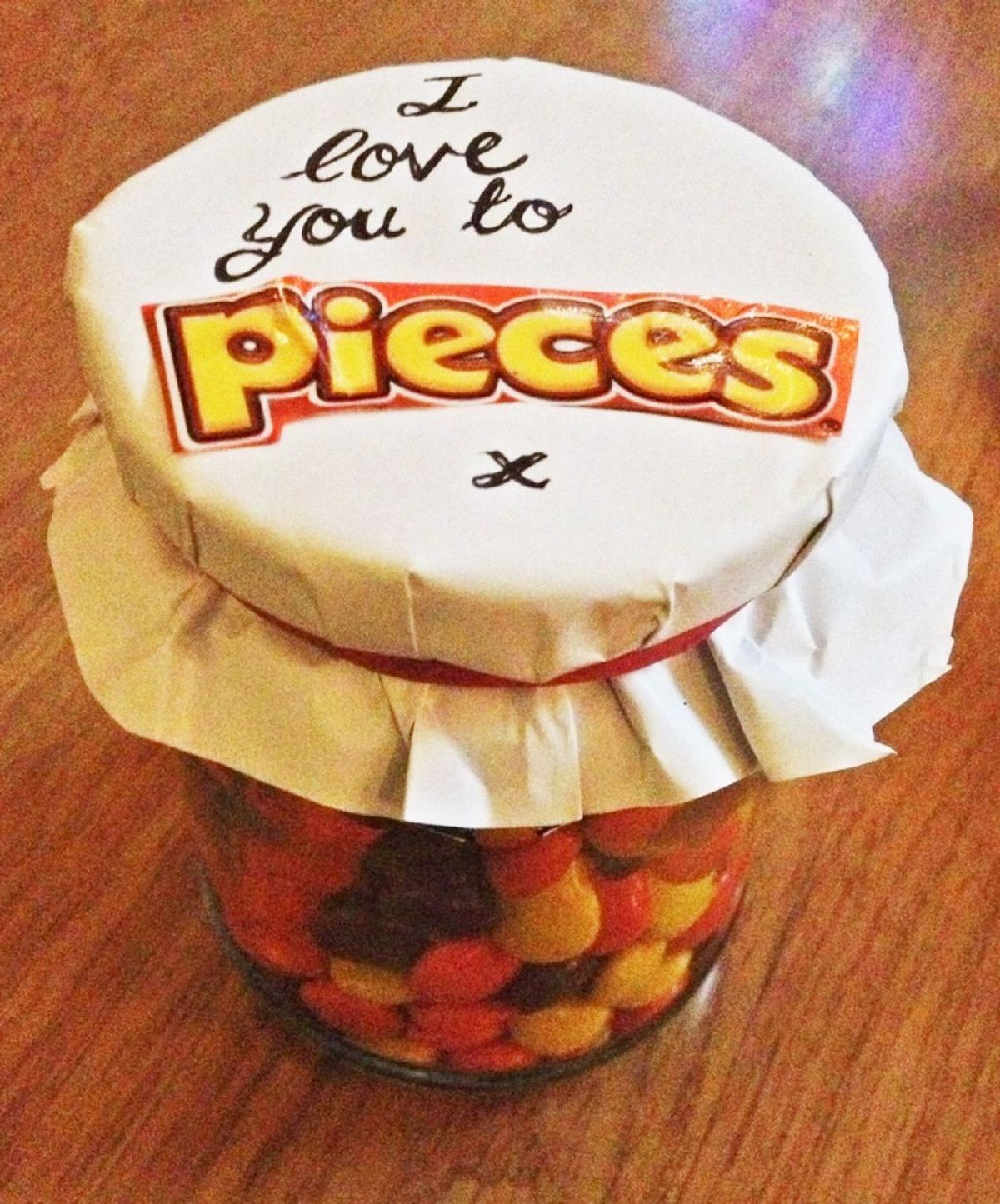 If you began your fall semester at the end of August, then chances are you're already three to four weeks into a sea of stress that's perpetually at high tide. Whether you're going to the same or different schools, you probably know your friends are dealing with the same. Maybe your group text chats are filled with anxious, my-soul-died-during-week-one emojis, in which case at least you can bond with each other up to hundreds or thousands of miles away through mutual distress.

And even though you might not be able to ease their troubled minds through mind control or comfort them when their new professor turns out to be the kind of grader that's determined to crush your dreams, a little gift or care package to say, "Hey! I care!" can go a long way.

String, googly eyes, and a little message just so your friend has an idea of why you're giving them a wad of string with eyes, and voilà! You'll get an extra laugh for creativity points, as well as the googly eyes. Because I mean, who uses googly eyes anymore? Not enough people, that's who.

Sunny colors might provide a nice happy vibe, right? Depending on what your friend likes, customize it! Sub out the yellow mascara or Swedish Fish for a sunflower, or a banana suit if you think that has the best chance of helping your friend despise their homework a little less.

Don't pretend no one still listens to CDs these days. Some people are still hung up on vinyl, which is a personal preference—you do you. But mix CDs are such a cool gift to receive from friends. It's a great way to show people you care about how much you know them, and if you've got funny memories associated with an idea or a song, put them on so they can have something to smile about as they face the horror of trying to find a parking space on campus on a weekday.

Getting a box of that from a friend? Yes, please!

Sometimes baking the cookies yourself isn't doable depending on the extent of your baking skills or lack of time, so in that case, store-bought works, too. As long as they're not too stressed or hangry, they should be able to appreciate that it's the thought that counts.

For those times in class that you want to break something; but since that's not socially acceptable and just a bad idea in general, stress balls can come in handy. Another pun? I guess I'm on a roll today.

Buzzfeed has a tutorial on how to make one, here. A friend of mine actually made one for me a few years ago with newspaper and duct tape. With few resources, you make do with what you've got. You can also get really creative with that. She made mine in the shape of a skull, and I'm not quite sure how she did it, but hey, when your friend goes out of their way to make a punk stress ball, that's when you know they're a keeper.

7. Get them a stash of pumpkin spice everything—'tis the season!

Or whatever other seasonal flavors are hitting the shelves now. Stuff like candy will last, so you can flaunt that stuff in front of many envious faces during the spring if you find something worth stocking up on.

If your friend isn't a pumpkin spice/seasonal-flavors fan, then make them a convert. Unless they are allergic. Then definitely do not do that.

Honestly this seems a little reminiscent of the Spongebob episode where he attempts to find companionship in various inanimate objects, but it's still a cute idea, right?

And it's even more perfect for anyone who's all about that minimalist life.

There are always other classic care package ideas to go with to show a friend you care, but think of it as an option.

And even if you can't find time or money to make or buy something for your buddy, a hug or good morning text can sometimes go a long way, too!