Let's elimate some confusing annd explain some of the terms we use on campus. 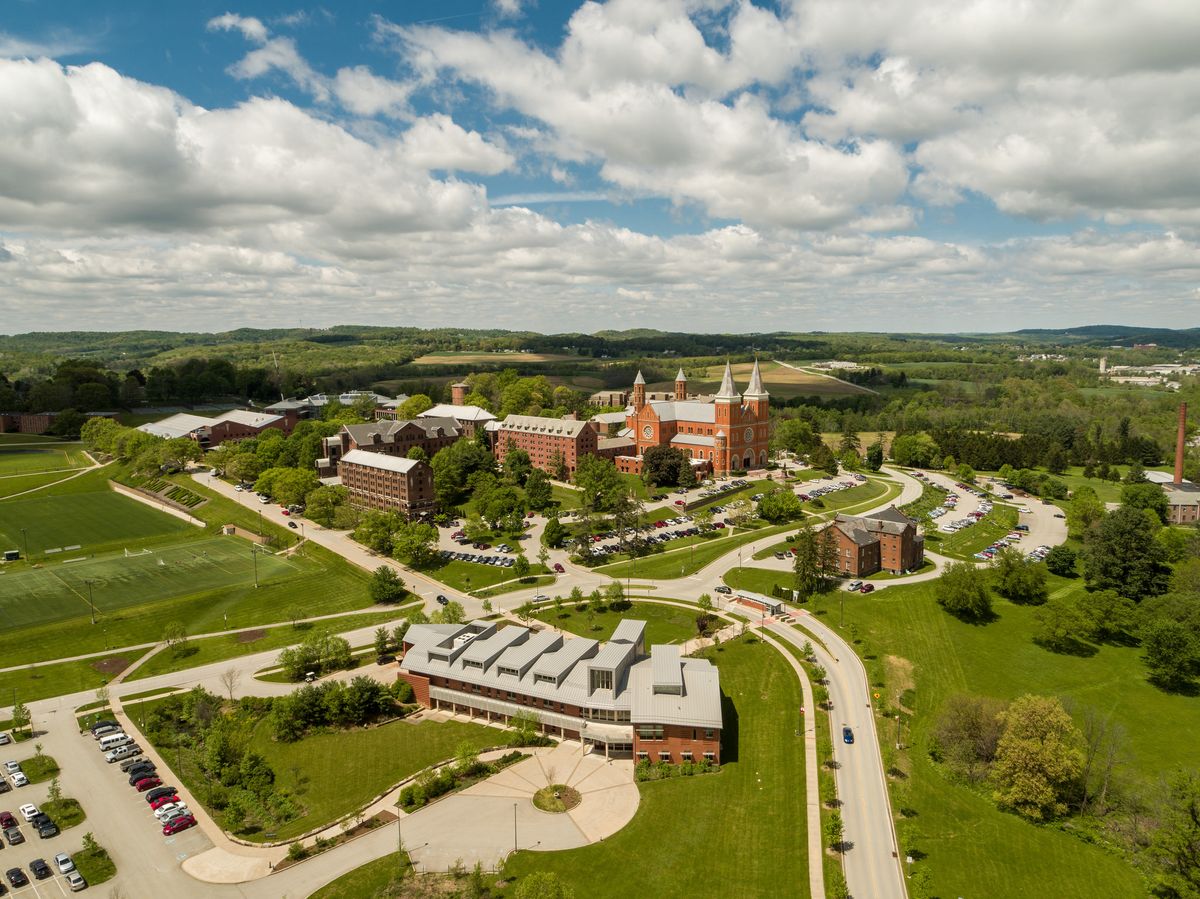 Being a small, liberal arts college ran by Benedictine monks has it perks. One of them is the terms that we use on campus that probably get strange looks anywhere else. As a student, I feel I should enlighten the world to some of these things and eliminate some confusing.

Flex? What on earth? It's simple. Flex is basically cash that comes with your meal plan that can be used at the Shack or Barista. Most of the time, the common spending trends go one of two ways. Either it's barely used and you buy all kinds of stuff at the end of the semester, or it's almost all gone before Fall/Spring Break. Flex is handy if you want something quick to eat or drink, like a pretzel or chocolate milk.

While talking about dining plans and flex, I should state that the Shack is the more on the go dining option on campus. You can get food relatively quickly if you don't have to sit down in the Community Center for a meal. Speaking of which, don't let the name fool you, the Community Center is just the Cafeteria. You'd think with a name like that, that it would be a place to hang out anytime. Nope, that's the Carey Center Lounge.

At most colleges, these two terms are used in Greek Life. But, here at SVC, they have a different context. They are used by the Orientation Team that are used to pair a member of Orientation, the big, and an incoming student, the little. The big/little relationship is so that the freshman have an upperclassmen to show them around campus and help them adjust to college. Bigs are there to answer questions for their littles. Personally, I'm excited to get to welcome future Bearcats to SVC.

Now, this isn't slang, but an abbrevation for a club on campus. APB, or Activites Programming Board, is the group that runs on campus activites like bingo, scavenger hunts, and many more events. I know many times when talking with friends or my parents, they get a little confused when I just say "APB", which then requires me to explain myself.

These again, are shortened terms of names of places on campus. Benny is the named to refer to the freshman dorm, Saint Benedict Hall, located on the far side of campus. Gerry and Bonny are short for Gerard and Bonaventure Halls, two similar layed out dorms for upperclassmen close to the Carey Center. However, don't think that Dupre is just a dorm. Dupre is short for the Sis and Dupre Herman Science Pavilion. So, in short, the building where sciences and math classes are mainly held.

Speaking of Saint Benedict Hall, I might as well touch on the term, "pods." Personally, I would think it would be easier to call them towers. But in a simple sense, pods are towers built of a long hallway. Each pod has dorm rooms and also have a common area with couchs, chairs, and a microwave. It helps an incoming student begin to live in community with others.

No, I just didn't put this in to make a Harry Potter reference. We call our resident assisstants, or RAs, prefects. These are often upperclassmen that have gone through an interview process and were selected by Residence Life to be "in charge" of the pods. They are the ones to enforce visitation hours in the dorms, and are the people to go to if you have roommate problems.

Now, I'm sure as a rising sophmore, I might not know all the slang terms used on campus. But hopefully, this list will help you non-Bearcats gain an understanding of our little campus. Next time a Bearcat you know talks about SVC, maybe you won't be so confused or lost.