7 Rules of Dating a Geek
Odyssey

7 Rules of Dating a Geek 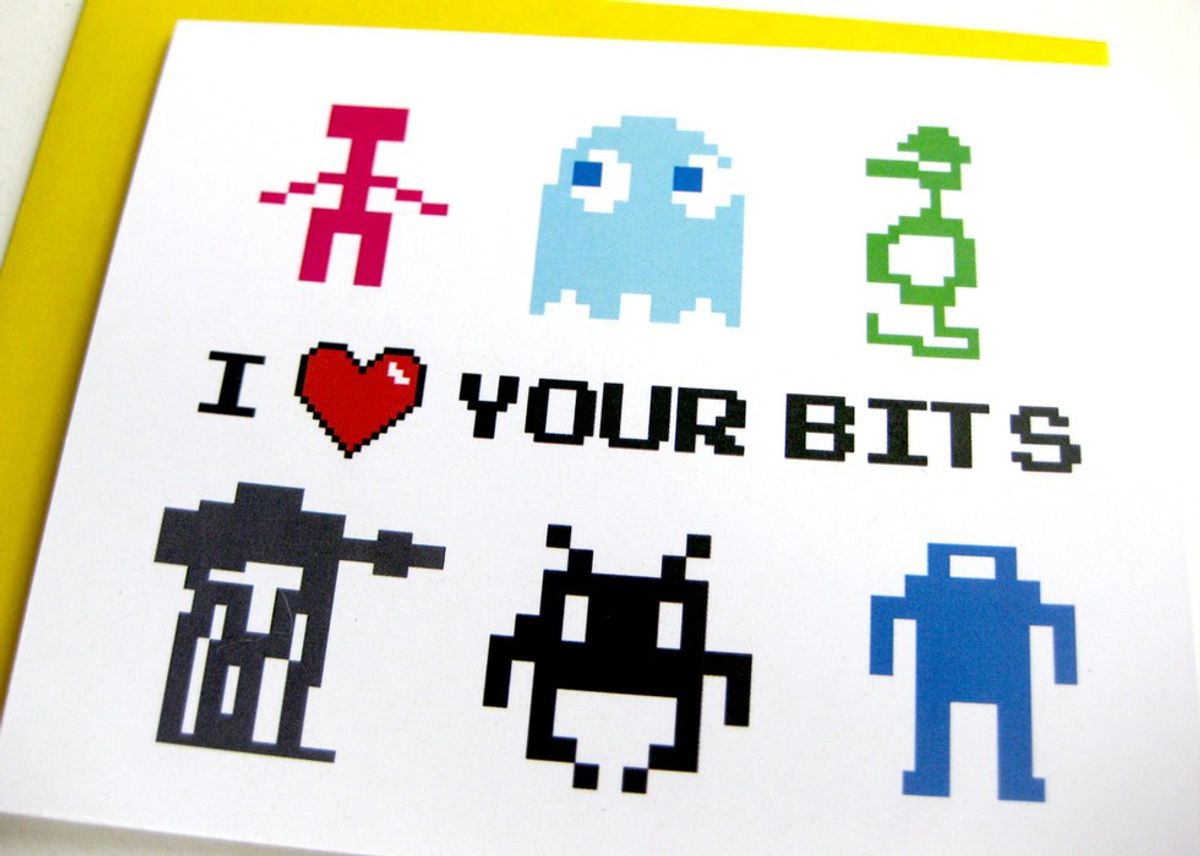 2017 is in the middle of a golden era of geek culture; where superhero movies are now dominating the box offices, and even ‘old’ franchises like Star Wars, Jurassic Park and Harry Potter are making comebacks. And that’s not to mention TV shows and video games. So geeks like yours truly now can openly express our love for the things that helped shape our childhood and even adult life. And like many, we end up dating and seeking love. But there are a few things our lovers must know. They’re relatively harmless, but it’s best that you know now than never.

Without further due, here are the 7 rules of dating a geek

1: There is never just ‘one thing’

Much like how people can’t limit themselves to liking just one thing, we will never be ok with loving just one pop culture franchise; Marvel, DC, Harry Potter, Doctor Who, the list goes on. We’ll like most of them, if not all.

We’ll even show it off in daily life; whether that be T-Shirts, jacket pins or even earrings. And sorry, but there's no stopping us.

2: 95% of everything we say, will be a reference to something.

Related to the first rule above, we will quote all our favorite characters/movies/shows/etc all day, every day. Because thee characters helped us find our identities and struggle through hard times, we quote them to remind ourselves of the strength they gave us. And hopefully, to pass on that strength to others

Soon enough, you’ll find yourself going from this

3: We’re a lot more comfortable with our sexuality

Most of us are old enough to remember, but for those who aren’t; the geeks consisted of the outcasts, and these outcasts also included the LGBTQ community and hetero people who didn’t mind saying they found the same sex attractive. That hasn't changed.

It’s why the term ‘shipping’ is a thing (shipping=derived from the word relationship, is the desire by fans for two or more fictional characters to be in a romantic relationship. These relationships also have names btw)

(Ex: This is a shipping pic of Gency = Genji and Mercy from the video game Overwatch)

You should probably stay away from Tumblr when it comes to shipping, though. Let’s just say it can get ugly fast.

Because we tend to relate to our favorite fictional characters so much, we can get upset or happy depending on what happens in the story.

So if you ever take us to see a sad movie, expect us to cry like a 4-year-old watching Bambi’s mom die for the first time.

Because media reflects what’s wrong with our current society or shows how much better it could be, we tend to show those views on social media and in daily life.

Unfortunately, the media (and internet trolls aka the REAL people with no lives) likes to thinks of us as soft-skinned cowards or ‘liberals’; the reason why so many people are offended and/or why the millennial generation seems to be weak-willed.

But did they ever think why this came to be? It’s because many of pop culture contain offensive and outdated caricatures/clichés; something Marvel can’t seem to admit given how they whitewashed the Ancient One and kept Iron Fist white.

As the new generation of creators and fans, it’s our duty to make people aware of these and fix them ourselves if possible.

But if the public deems us weak-willed, who’s really the ones afraid to confront the truth?

These, I dare say are our natural habitats. The gatherings of our fellow geeks and meeting our favorites authors, actors, and directors are where we get to shine; without the judgmental eyes of society.

So the next time your S.O. asks to go to comic-con, go with. Not only will you have fun, but you might just run into your favorite actor as well.

Even today, many think of us geeks as just losers with no jobs or life; resorting to fictional stories and characters as coping mechanisms and/or outlets. But we’re not. We’re just like everyone else; it’s just that we love pop culture more than others.

We don’t generalize sports people as dumb jocks or cheerleaders as skanky and messy. We used to be generalized as well, and despite Tumblr’s reputation of being defensive 100%, we learned to be the better people and not do the same.

Pop culture will continue to grow, and with it, geeks, geek culture as well as the number of them. As people, we also seek out love and marriage. While these rules might seem trivial and even unnecessary, they're still very integral to us; like how cheating on your lover is never alright with anyone.

So the next time your SO turns out to be a geek, take a glance at this 'rulebook'. I garauntee this helps and who knows, maybe he/she can help you find something you never knew you could love.