Sometimes we get a little tongue tied 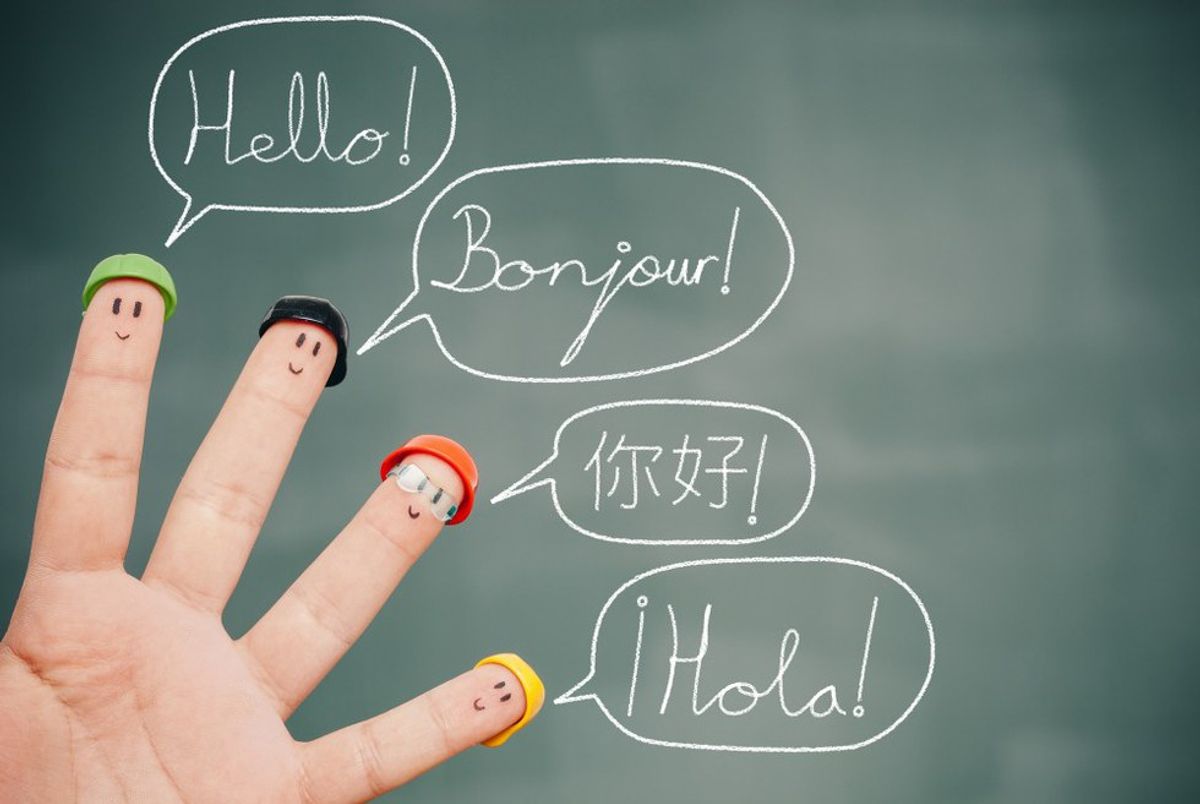 If you speak more than one language you understand that being bi or multilingual is a gift; you can talk to people of various ethnic backgrounds and travel becomes a lot easier. There are also some hilarious and not so hilarious problems we often run into, due to our extended vocabulary.

I have four different keyboards on my phone, but only one autocorrect. Unfortunately for me, my autocorrect only understands English. So "bello" is often turned into "hello," and my Spanish complement turns into an English greeting . . . awkward!

2.) I Totally Knew That Word

I know I'm not alone on this one when I say that I will often forget a word in the language I'm speaking at the moment and say it in every other language I know. Or I just don't realize I'm saying it in a different language and am totally confused as to why you don't understand me.

3.) Slipping Into Another Language

Going off of the confusion of why you won't give me the brws gwallt when I ask for it, I and some friends of mine will often slip into different languages when we get excited. It can be anything from a few words at the end of a sentence to an entire paragraph. The most famous form of this is "Spangilsh."

As much as I enjoy teaching people different languages, or making correlations between languages, I feel bad when people ask me how to say something in a specific language and I blank. It doesn't happen often, but occasionally someone will ask me "How do you say . . ." and my brain will forget the entire language. I could literally have just been talking in that language but once you ask me how to say something I forget I even know the language and end up looking stupid.

5.) Jokes Aren't Funny If You Have To Explain

Another one that doesn't happen often, but the occasional German sounds a lot like Spanish (complete with rolled r's).

Just because I'm fluent in a language does not mean that it won't take me a few seconds to tell you what something means. Especially when it doesn't directly translate into the other language.

The inconvenient thing about language is that if you don't use it often, you will quickly forget. Even though my college roommate is Mexican and I'm fluent in Spanish, we often speak English or Korean in our room. So Spanish is the least used of our languages and we agree that we both get pretty forgetful when it comes to Spanish.