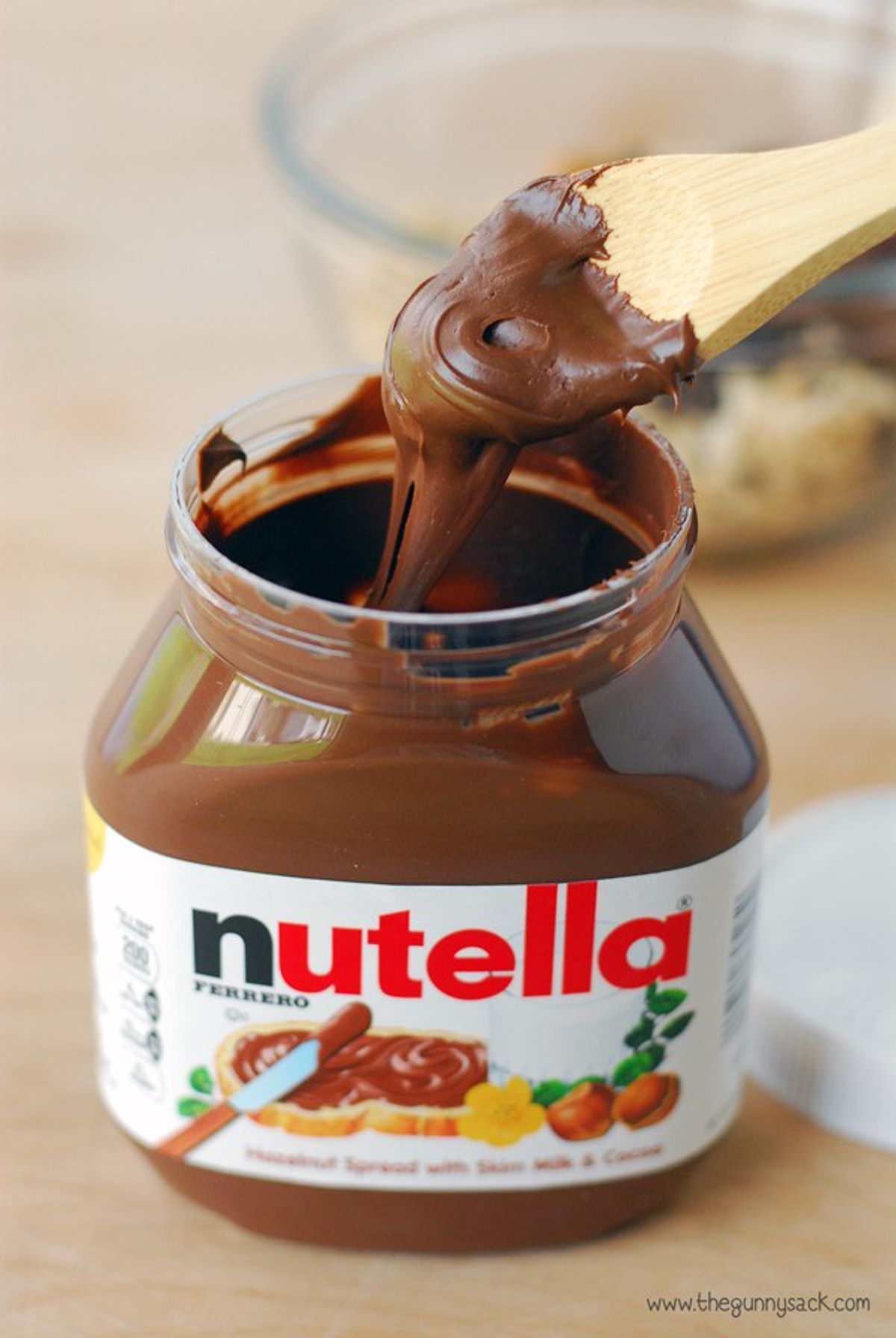 Ok, call me basic, but I have an undying love for Nutella. If you don't know what Nutella is, It's a chocolate hazelnut spread more addictive than cocaine. It has almost zero nutritional value, as with most good things in life, but sometimes you just have to treat yo self. I can honestly say putting Nutella on anything will make it better. I've never been to Italy, the birthplace of Nutella, but I can only imagine it must be the happiest place on earth. Seriously, if you're feeling down, I would suggest just covering yourself in Nutella and calling it a day. But, there's totally more to the story than just a jar or deliciousness. Here are just a few creative ways restaurants around the world have used Nutella to spread happiness. Feast your eyes:

Baby, you light up my world like nobody else.Hey now, hey now, this is what dreams are made of.

Now that you've seen Nutella in action, here are some things you should definitely know.

This is probably a given, but the first ingredient in Nutella is refined sugar. In fact, it makes up about 58 percent of the spread. However, I am still 100 percent sure I could eat an entire jar in one sitting.

2. There has been some serious crime related to Nutella.

Thieves made off with five tons of the stuff in Germany. I would be extremely surprised if they aren't the most respected inmates in prison.

3. It has brought legal action for its lack of nutrition.

Yup, there was a class action lawsuit filed in the United States against the company that manufactures Nutella due to false advertising claims the Nutella is "part of a nutritious breakfast." Anything so bad for your that it is worthy of litigation is more than OK with me.

A baby is born in the US every eight seconds. Think about it, which do the people want more?

5. It has inspired something called "the smearing."

Even though it sounds like a horror movie, it is actually the opposite. In Italy, Nutella is so popular kids can bring bread to markets and get a free "smear" or Nutella, and what could possibly be more joyful than that?

7. You can even buy pot Nutella.

That's right, in some dispensaries in California, "Nugtella" is a thing, just in case you don't feel high enough on life while eating Nutella as it is.

Still not convinced? Did you just blackout for the last five minutes while reading this article or something? Anyways, I suggest you run, not walk, to the nearest grocery store and grab a jar for yourself. Happy eating!