7 Kinds of People You'll See in a Pole Dancing Class

7 Kinds of People You'll See in a Pole Dancing Class

This article is PG, I promise. 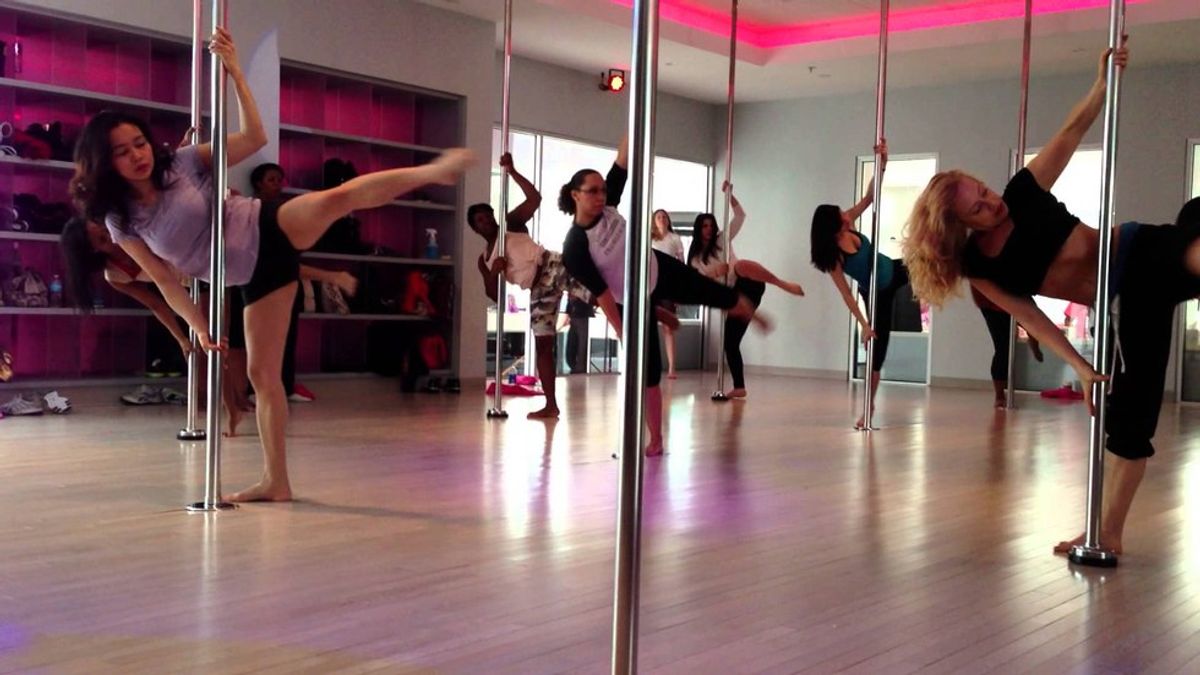 I’ve only ever taken one pole-dancing class in my life, but let me tell you, it has changed me. Six hours spent in a pole dancing studio will teach you things you didn’t know you had to learn. So clearly, I’m the expert. Below are seven types of people you may meet if you take a pole dancing class yourself. Which one would you be?

This girl has been in many pole dancing classes before, and knows what she’s doing. Why is she in Pole 1? Because she thought it would be fun to just get a light workout. She’s probably one of two extremes. Either she’s super nice and sweet and helpful, or she’s an obnoxious show-off. Either way, the question remains: Why are you here? You should be off doing bigger, better things.

This girl joined pole dancing because she was sick of tap and ballet. She expects to be very good at pole dancing, and is desperate to get away from her good-girl, straight-laced past. She’s also pretty obnoxious—but it’s different. She’s only obnoxious because she needs love and validation. Help her out. Please.

She probably came with a Veteran friend, but only because her friend has a way larger personality and she couldn’t get a word in edgewise when the pole class was brought up. She doesn’t really want to be there, but she also does not want to be a party pooper.

The Secret Stripper is the girl you would never expect to be so good at pole dancing. She doesn’t really dance, she barely listens to music, and “sexy” is not a word one would ever use to describe her wardrobe. But she gets into class, struggles a bit with the Virgin spin, and then suddenly knows all the moves and does better than everyone in class. The Veteran probably secretly hates her, but spends a lot of time trying to cozy up to her.

You know how you spot the Girlfriend? Every new move she learns, she says, “My boyfriend would love to see this.” It’s entirely possible she’s only there because her boyfriend said once, long ago, that he thought it would be sexy if she did it. But she doesn’t have a pole at home, so that poor guy will probably never see the moves she’s learned. Actually, he’s probably fine.

This girl is here because she is in control of her sexuality. That’s it. She’s exploring her options and finding out new stuff about her body while exercising. It’s a win-win. That said, she’s probably the loudest person in the room, so while no one hates her, she’s also not anyone’s favorite.

During the ten minutes of free time you get at the end of the class, she hands her phone to a friend and gets as many Snaps as she can of her doing the Pinwheel spin. She may also overlap with the Girlfriend or the Veteran, which is extra obnoxious, but honestly, everyone is taking pictures, so she’s cool.